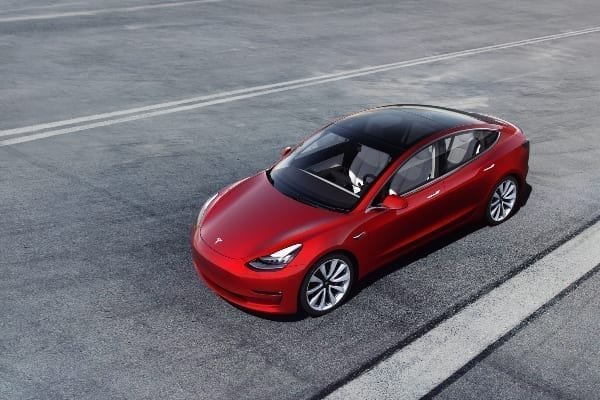 EVs are here to stay: prepare to be blown away...

It’s pretty accepted wisdom these days that electric cars are good for the environment; they produce zero tailpipe emissions, which means no harmful pollutants such as nitrogen oxides. In this world of Extinction Rebellion and Climate Emergency declarations, this is important.

Allied to this, the enforcement of stricter emissions targets, and the introduction of Ultra Low Emissions Zones in places like London, have shown that cars with a lower impact on the environment are the way forward.

But the one thing that will really drive the uptake of electric vehicles is, quite simply, how good they are. Electric vehicles are beginning to redefine what’s possible in a car: the way they’re built, the technology at their heart and the engineers driving the tech together mean that innovation in electric vehicles is moving at lightning speed.

2019 has so far been a big year in the transition that will see electric vehicles become the ‘new normal’. According to recent industry sales figures, electric cars are one of the only motoring sectors showing growth; new vehicles like the Tesla Model 3 have arrived with a very attractive price point of under £40k, and the Jaguar I-PACE dominated the World Car Awards in New York. When Tony Stark (aka Iron Man) binned off his iconic Audi R8 for a pure electric E-Tron in Avengers: Endgame, it was safe to say electric cars had arrived. With a whole host of new launches and innovations coming into the market, this is just the start.

What’s interesting is that there are two divergent types of company in the race to make it in the world of electric vehicles: the traditional vehicle manufacturers and the disruptors. The established manufacturers have the know-how to get large volumes of cars off a production line, and they now recognise the need to move to battery electric models. The likes of the Porsche Taycan, the Audi E-Tron and the Mercedes EQ are all great cars that look set to carry the fight to Jaguar and Tesla at the luxury end of the market.

Then there are the disruptors that are really shaking things up. Tesla is undoubtedly the most high profile and has decent pedigree, with the Model S and Model X increasingly common sights on Britain’s roads (and motorway service stations, where their Supercharger network makes travelling long distances a breeze). Another is Rimac, a Croatian manufacturer specialising in electric hypercars and drivetrains.

Rimac lives and breathes electric vehicles – and, like Tesla, has never built a vehicle with an internal combustion engine. Mate Rimac, the company’s 31-year-old founder, established the company with the idea to build a world-changing electric hypercar; first with the Concept One and now the Concept Two, which is rumoured to do 0-60 in 1.85 seconds. This is truly mind-boggling.

The technology that Rimac is developing for its hypercars is being adapted and rolled out across a range of manufacturers. Aston Martin, Red Bull, Koenigsegg and Porsche are all customers, and the brand new Pininfarina Battista runs on a platform developed by Rimac.

Cutting-edge tech for all

Granted, most of us will never in our wildest dreams be able to afford any of these cars, but the technology being developed to achieve this kind of performance is crucial in our transition to carbon-free transportation.

Porsche has recently invested in Rimac, buying 10% of the business. This is an atypical move by Porsche, which normally loves to build things for itself. For the German behemoth to reach out to another manufacturer speaks volumes about the way these new companies are innovating at a breadth and pace far beyond that of the traditional players. It also demonstrates the huge potential to integrate cutting-edge technology into vehicles at all levels of the market, not just at the top end.

There’s little doubt that a Porsche Taycan will be running high-spec Rimac technology in a year or two, and it will trickle down through to the other marques in the group, like Audi and Volkswagen. KERS (or Kinetic Energy Recovery System, to give it its full name) was a big noise in Formula 1 a few years ago; you can now experience this same technology in a Nissan LEAF with the E-Pedal in a car you can buy today. You can experience a Carbon Monocoque like the Rimac Concept Two in a BMW i3 that’s sitting on your local dealer’s forecourt right now.

The technology we see in these vehicles is reaching real cars quickly because the rate of innovation in electric vehicles is rapid. The technology in a new electric car on sale today was probably tested only a year or so ago. The pace of change is so fast because this new frontier of motoring is a new sandpit for engineers to operate in.

And then, of course, there’s Tesla. It has probably done more than any other manufacturer to make electric vehicles sexy, and its rate of innovation shows no sign of relenting. Tesla recently announced a change to its drive unit, which basically increases the Model S and Model X range without changing the battery pack. This was pushed out through an over-the-air upgrade.

No longer do you need to accept the car that you bought; your car evolves as technology evolves. So, as Tesla develops innovations for, say the new Model 3, it will also be able to release it to the rest of its inventory.

Improvements to a vehicle can now happen overnight. If you drive a three-year-old Model X, the chances are it’s nothing like the car you bought in 2016 – and you wouldn’t have had to do anything to make the changes happen.
This is an innovative, fast-moving industry that is ripping up the rule book and challenging established business models. Electric vehicles are here – and they’re here to stay, because they’re going to blow people away.

Click here to get great prices on a handpicked range of the world’s best EVs from Octopus EV.