The EV that could change everything

Combining affordability with range, the New Renault ZOE could be the electric car that drives a mainstream shift to electric transportation 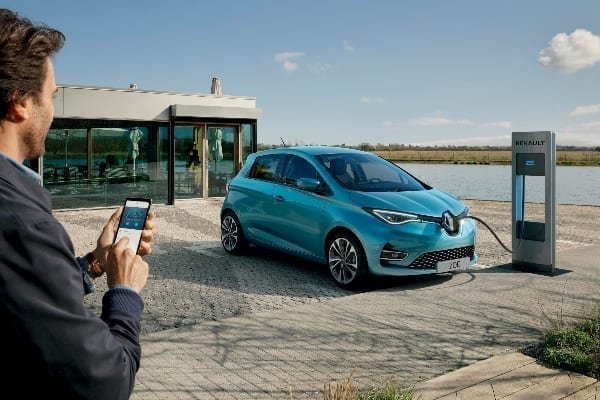 This is the one we’ve been waiting for: in September Renault announced that the all-electric New ZOE is available for pre-order.

The third generation ZOE is one of several new electric vehicles (EVs) set to hit UK roads next year, but this is the one that could change everything.

If we want to help clean up our air and drastically cut emissions, the shift to clean transportation has to be big and it has to come quickly. That means affordability is key.

The third generation ZOE could well be the car that takes electric vehicles mainstream: in total the ZOE has won more than 60 awards across Europe and been named the ‘best electric car for under £30,000’ by What Car? for six years running. To date more than two billion zero-emission miles have been travelled in ZOEs, which gives you an idea of how popular they are.

Renault engineers have worked hard to evolve the ZOE since the original concept was revealed in 2009; the version at the 2012 Paris Motor Show had a range of 93 miles*, which was doubled to 186 miles* when the second generation ZOE was launched in 2016.

With a bigger battery and more tech, New ZOE is a whole lot of car for under £30k.

The model arriving in 2020 will give you 245 miles** from a single charge, which puts this electric car up there with some far pricier options.

Is range anxiety still a thing?

‘Range anxiety’ still looms for those thinking about getting their first electric car. Fears of getting stranded in remote locations, nightmares about running out of power on the motorway and even thoughts of having a car that’s not ready to drive in an emergency can be enough to put people off making the switch from petrol or diesel.

Those who have driven or been in an electric car would say running out of charge is no more likely than running out of petrol or diesel. The dashboard shows how many miles you’ve got left in the ‘tank’; it’s far more precise than that red line that hovers somewhere between ‘empty’ and ‘full’, and even takes into account driving style, speed, uphill routes and traffic conditions.

If you need to take a detour or your charge falls below what you’d feel comfortable with, you’d do precisely what you’d do in a petrol or diesel car: find your closest filling station.

The UK now has more charging locations than petrol stations – and many are located at the
exact same place you’d stop for fuel anyway: the service station.

Instead of driving to the petrol pump, you just park in the charging spot, plug in and stretch your legs while your car’s on charge. By the time you’ve had a coffee, been to the loo and walked back to the car park, you’re ready to get back on the road.

There are currently 10,000 charging locations across the country – equating to 28,500 places to charge – and the number is set to grow. Ionity, which has opened charging stations near Maidstone and in Milton Keynes, has announced plans to install 400 stations across Europe by 2020, which will offer up to 2,400 chargers.

Chargemaster’s 7,000 charging points – the UK’s largest public network – are being merged with BP’s 1,200 service stations following the sale of Chargemaster to BP. 400 150Kw points will be installed by 2021, 100 of which will appear on BP forecourts by the end of the year. The chargers will deliver 100 miles of range in around 10 minutes.

Over the next three years, 2,400 new Pod Point EV chargers will arrive in the car parks of 600 Tesco Extra and Superstore branches following a partnership between Tesco and VW.

The UK’s growing network of electric vehicle chargers should help take the edge off fears of running out of power, but what many people don’t realise is that most EV owners charge their cars at home.

According to the 2018 National Travel Survey, on average 1,041 trips were made by car per car owner. The average distance driven was 7,360 miles, which would make an average trip just over seven miles.

Of course some trips will be further, but according to the RAC the average car is parked up 96% of the time – 80% at home and 16% elsewhere – meaning it’s only actually moving 4% of the time. When you consider that 20% of all car trips are made for shopping, that isn’t too surprising.

Most people park their cars on private property, and that’s why EV owners do most of their charging at home. It’s just like charging your mobile phone: you plug it in overnight and will generally have enough juice in the morning to get you through the day.

When you run out of phone charge you just find your closest plug – which is never far away – and power up. The only difference with an electric car is that your charging cable is always stowed safely in your boot so there’s no danger of forgetting it.

Gone are the days when a window had to be left open overnight and extension leads routed round the walls to get a charge from your domestic supply; the New ZOE comes with a free wall box to make home charging even easier. The Homecharger is provided and installed by BP Chargemaster PLC and only available to eligible customers.

The Iconic’s seats can be upholstered in a fabric made from recycled seatbelts and plastic waste (PET) materials. Sourcing a short-loop manufacture helps to reduce CO2 emissions by over 60% compared with more traditional upholstery materials.

Like older models, the New ZOE is currently eligible for the plug-in car grant provided by the Office for Low Emission Vehicles (OLEV). You’ll get a grant of £3,500 to offset against the price of the ZOE, with all paperwork handled by Renault.

If you’re running out of excuses not to go electric, don’t panic: you’re not alone.

*Based on NEDC tests **WLTP figures shown are for comparability purposes. Actual real-world driving results may vary depending on factors such as the starting charge of the battery, accessories fitted after registration, weather conditions, driving styles and vehicle load.

Click here for more about the New Renault ZOE.