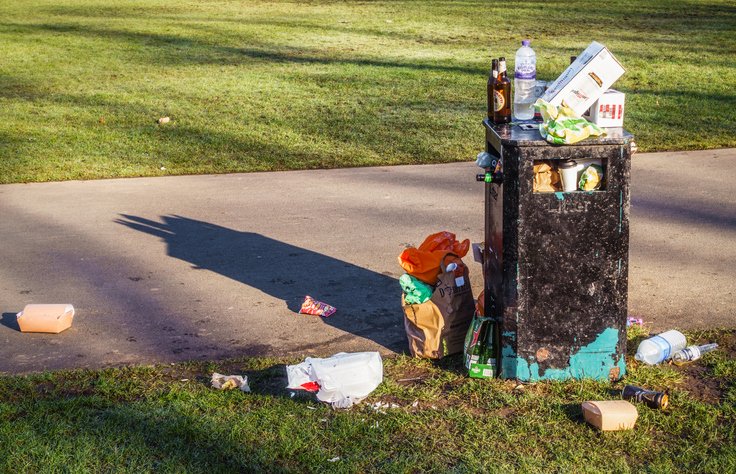 The world is producing twice as much plastic waste as two decades ago, and only 9% of it is successfully recycled.

The bulk of our plastic waste ends up in landfill, incinerated or leaking into the environment, according to a new OECD report published ahead of UN talks on international action to reduce plastic waste.

The OECD’s first Global Plastics Outlook shows that as rising populations and incomes drive a relentless increase in the amount of plastic being used and thrown away, policies to curb its leakage into the environment are falling short.

Almost half of all plastic waste is generated in OECD countries, according to the Outlook.

The plastic waste generated annually per person varies from 221kg in the United States and 114kg in European OECD countries to 69kg, on average, for Japan and Korea.

Most plastic pollution comes from inadequate collection and disposal of larger plastic debris known as macroplastics, but leakage of microplastics (synthetic polymers smaller than 5mm in diameter) from things like industrial plastic pellets, synthetic textiles, road markings and tyre wear are also a serious concern.

The report finds that the Covid-19 crisis led to a 2.2% decrease in plastics use in 2020 as economic activity slowed, but a rise in littering, food takeaway packaging and plastic medical equipment such as masks has driven up littering. As economic activity resumed in 2021, plastics consumption has also rebounded.

Reducing pollution from plastics will require action and international co-operation to reduce plastic production, including through innovation, better product design and developing environmentally friendly alternatives, as well as efforts to improve waste management and increase recycling.

A ban on on single-use plastics?

Bans and taxes on single-use plastics exist in more than 120 countries but are not doing enough to reduce overall pollution.

Most regulations are limited to items like plastic bags, which make up a tiny share of plastic waste, and are more effective at reducing littering than curbing plastics consumption.

Landfill and incineration taxes that incentivise recycling only exist in a minority of countries.

The Outlook calls for greater use of instruments such as Extended Producer Responsibility schemes for packaging and durables, landfill taxes, deposit-refund and Pay-as-You-Throw systems.

A market for recycled plastics

Most plastics in use today are virgin – or primary – plastics, made from crude oil or gas.

Global production of plastics from recycled – or secondary – plastics has more than quadrupled from 6.8 million tonnes (Mt) in 2000 to 29.1 Mt in 2019, but this is still only 6% of the size of total plastics production.

More needs to be done to create a separate and well-functioning market for recycled plastics, which are still viewed as substitutes for virgin plastic.

Plastic consumption has quadrupled over the past 30 years, driven by growth in emerging markets. Global plastics production doubled from 2000 to 2019 to reach 460 million tonnes. Plastics account for 3.4% of global greenhouse gas (GHG) emissions.

Global plastic waste generation more than doubled from 2000 to 2019 to 353 million tonnes. Nearly two-thirds of plastic waste comes from plastics with lifetimes of under five years, with 40% coming from packaging, 12% from consumer goods and 11% from clothing and textiles.

Only 9% of plastic waste is recycled (15% is collected for recycling but 40% of that is disposed of as residues). Another 19% is incinerated, 50% ends up in landfill and 22% evades waste management systems and goes into uncontrolled dumpsites, is burned in open pits or ends up in terrestrial or aquatic environments, especially in poorer countries.

In 2019, 6.1 million tonnes (Mt) of plastic waste leaked into aquatic environments and 1.7 Mt flowed into oceans. There is now an estimated 30 Mt of plastic waste in seas and oceans, and a further 109 Mt has accumulated in rivers. The build-up of plastics in rivers implies that leakage into the ocean will continue for decades to come, even if mismanaged plastic waste could be significantly reduced.

Considering global value chains and trade in plastics, aligning design approaches and the regulation of chemicals will be key to improving the circularity of plastics.

An international approach to waste management should lead to all available sources of financing, including development aid, being mobilised to help low and middle-income countries meet estimated costs of EUR 25 billion a year to improve waste management infrastructure.