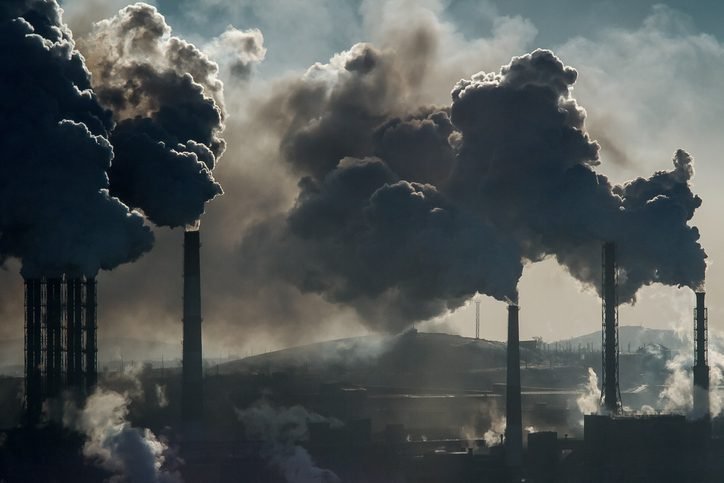 Despite increased climate ambitions and net-zero commitments, governments still plan to produce more than double the amount of fossil fuels in 2030 than would be consistent with limiting global warming to 1.5°C.

This is the conclusion of the 2021 Production Gap Report, by leading research institutes and the UN Environment Programme (UNEP).

The report, first launched in 2019, measures the gap between governments’ planned production of coal, oil and gas and the global production levels consistent with meeting the Paris Agreement temperature limits.

‘Governments must step up’

Over the next two decades, governments are collectively projecting an increase in global oil and gas production, and only a modest decrease in coal production.

Taken together, their plans and projections see global, total fossil fuel production increasing out to at least 2040, creating an ever-widening production gap.

‘The devastating impacts of climate change are here for all to see. There is still time to limit long-term warming to 1.5°C, but this window of opportunity is rapidly closing.

‘At COP26 and beyond, the world’s governments must step up, taking rapid and immediate steps to close the fossil fuel production gap and ensure a just and equitable transition. This is what climate ambition looks like.’

The country profiles show that most of these governments continue to provide significant policy support for fossil fuel production.

‘The research is clear: global coal, oil and gas production must start declining immediately and steeply to be consistent with limiting long-term warming to 1.5°C.

‘However, governments continue to plan for and support levels of fossil fuel production that are vastly in excess of what we can safely burn.’

PLOY ACHAKULWISUT
Lead author on the report and SEI scientist

According to the report, the world’s governments plan to produce around 110% more fossil fuels in 2030 than would be consistent with limiting warming to 1.5°C, and 45% more than consistent with 2°C. The size of the production gap has remained largely unchanged compared with previous assessments.

Governments’ production plans and projections would lead to about 240% more coal, 57% more oil and 71% more gas in 2030 than would be consistent with limiting global warming to 1.5°C.

Global gas production is projected to increase the most between 2020 and 2040 based on governments’ plans. This continued, long-term global expansion in gas production is inconsistent with the Paris Agreement’s temperature limits.

‘Recent announcements by the world’s largest economies to end international financing of coal are a much-needed step in phasing out fossil fuels. But, as this report starkly shows, there is still a long way to go to a clean energy future. It is urgent that all remaining public financiers as well as private finance, including commercial banks and asset managers, switch their funding from coal to renewables to promote full decarbonization of the power sector and access to renewable energy for all.’

Countries have directed over $300 billion in new funds towards fossil fuel activities since the beginning of the COVID-19 pandemic — more than they have towards clean energy.

Verifiable and comparable information on fossil fuel production and support — from both governments and companies — is essential to addressing the production gap.

‘Early efforts from development finance institutions to cut international support for fossil fuel production are encouraging, but these changes need to be followed by concrete and ambitious fossil fuel exclusion policies to limit global warming to 1.5°C.’

The report is produced by the Stockholm Environment Institute (SEI), International Institute for Sustainable Development (IISD), ODI, E3G, and UNEP.

More than 80 researchers contributed to the analysis and review, spanning numerous universities, think tanks and other research organisations.

‘This report shows, once again, a simple but powerful truth: we need to stop pumping oil and gas from the ground if we are to meet the goals of the Paris Agreement. We must cut with both hands of the scissors, addressing demand and supply of fossil fuels simultaneously. That is why, together with Denmark, we are leading the creation of the Beyond Oil and Gas Alliance to put an end to the expansion of fossil fuel extraction, plan a just transition for workers and start winding down existing production in a managed way.’

ANDREA MEZA
Minister for Environment and Energy of Costa Rica