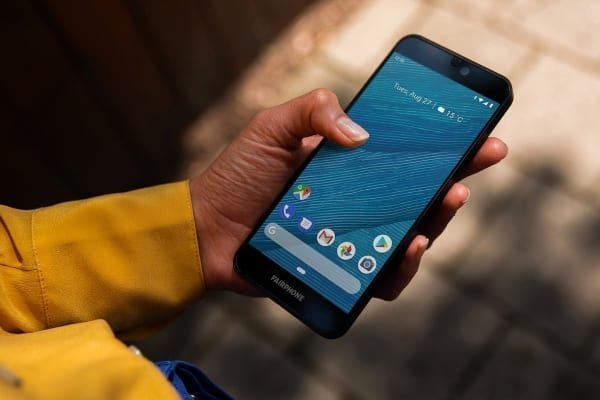 Fairphone 3 is the world’s most repairable smartphone, with 10/10 iFixit score

Fairphone and iFixit have announced that the Fairphone 3 has received the top repairability score of 10/10.

Besides the Fairphone 2, the recently released modular phone is the only phone in the world to receive this score from iFixit.

At a time when the ICT (information and communications technology) sector is becoming an increasingly large contributor to worldwide CO2 emissions, iFixit and Fairphone have highlighted the environmental benefits of being able to repair smartphones and the importance of companies working towards that goal.

The Fairphone 3 is designed to be a long-lasting companion that’s easy to care for. It’s as modular as its predecessor, which was the world’s first modular phone design concept that became reality.

Why Fairphone 3 got top marks

Fairphone 3 sticks with the company’s principles of modularly designed phones. Besides the battery and screen, the phone consists of another five modules, which makes the phone easy to repair. They can all be removed with a Phillips screwdriver. The back cover is slightly easier to remove than it was on the Fairphone 2.

No glue is involved: the display of the Fairphone 3 is fixed with Phillips screws. While Fairphone left out product accessories most people have at home already, like a charging cable, they included the one screwdriver needed to ease the opening process.

It takes slightly longer to open the Fairphone 3 compared with its predecessor, which had a sliding mechanism instead of screws, but having a display fixed with screws results in a more robust phone.

‘No less than a beacon’

Being able to open a phone quickly is just one aspect of Fairphone 3’s repairability. Other key aspects are openly accessible repair information and spare parts.

The lack of repair documentation provided by manufacturers was one reason why iFixit was founded, and the collaboration of Fairphone with iFixit and other local partners is a rarely seen commitment from a company trying to make it as easy as possible for users to buy spare parts online, and to have access to repair guides and high-quality repair video tutorials.

‘Made for service and repair, the Fairphone 3 is easily accessible to everyone. It provides a bold alternative to smartphone business as usual. It is no less than a beacon for much-needed change in the electronics industry. And as someone has said so very well: If it exists, it is possible.’

Both companies highlight the fact that repairability helps users to keep their phones for longer, which in turn also has environmental benefits and reduces CO2 emissions.

This was initially exemplified by the Fairphone 2; its lifecycle assessment showed a 30% reduction of global warming potential due to the fact that it is easy to keep Fairphone 2 longer by maintaining and repairing it.

Even with conservative repair scenarios, which involve changing the battery multiple times and repairing parts of the phone over five years, keeping the modular Fairphone 2 longer still enables a reduction of 30% emissions.

This is due to the fact that most of the emissions are caused during the production phase. Therefore, increasing the lifespan of the Fairphone 2 resulted in saving emissions.

Most smartphones are still very difficult to repair and the ICT sector is now a major contributor to CO2 emissions.

While the ICT sector represented 1% of the global carbon footprint in 2007, it has about tripled in recent years and is on the way to exceed 14% by 2040.

That would represent half the amount of carbon output that the entire transportation industry is emitting.

Making smartphones easier to repair and enabling longer use times, for instance by making them modular, could help to counteract this global trend.

Click here to read our article about the Fairphone 3.