Tidal: out. Heathrow expansion: in. 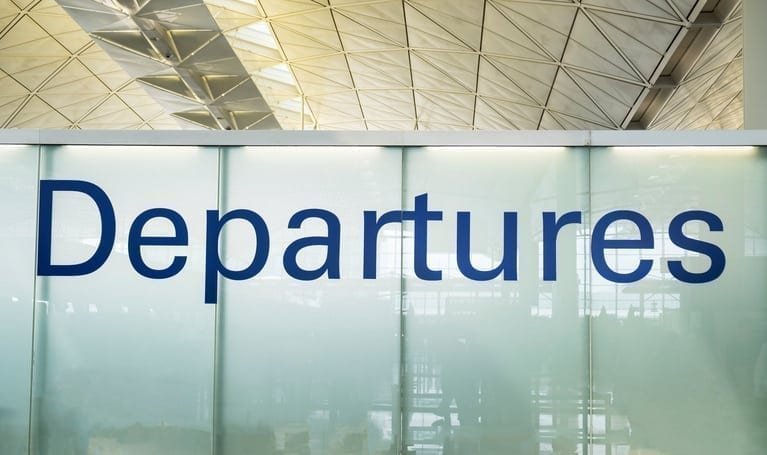 Any hopes the Tories would become the greenest government ever were left in tatters on Monday (25 June).

MPs gave the green light to a third runway at Heathrow and Business and Energy Secretary Greg Clark announced the decision not to go ahead with plans to build the to build the world’s first tidal power lagoon in Swansea.

He said that the capital cost per unit of electricity generated each year would be three times that of the Hinkley Point C nuclear power station, and that for £1.3 billion a Swansea lagoon would support ‘only 28 jobs directly associated with operating and maintaining the lagoon in the long term’.

Champions of the project have questioned the res and say ministers are making a ‘historic mistake’. In a blog post in February, Richard Graham MP said the government had received a new offer that actually made the tidal lagoon project cheaper.

‘Tidal Lagoon Swansea Bay plc has now proposed exactly the same terms for the pilot project at Swansea as the government accepted for Hinkley Point (35 years, CPI inflation etc), and with a 65 per cent British supply chain’, he wrote.

‘It is no longer more expensive in the short term than nuclear, with huge potential for future efficiencies. If we want to meet our legally binding carbon emissions targets, there’s an urgent need to decarbonise the UK’s energy supply.’

According to the BBC, Carwyn Jones, First Minister of Wales, said he didn’t ‘trust the figures the UK government has come out with’, adding that the decision was a ‘political calculation.’

‘The proposal for the Swansea tidal lagoon would cost £1.3 billion to build. If successful to its maximum ambition, it would provide around 0.15% of the electricity we use each year.

‘The same power generated by the lagoon, over 60 years, for £1.3 billion, would cost around £400 million for offshore wind even at today’s prices, which have fallen rapidly, and we expect to be cheaper still in future.’

RenewableUK Cymru, the trade body for all renewable energy, said the decision is ‘deeply disappointing, and means that the region will not benefit from many thousands of jobs from the project and the associated supply chain.’

The organisation added ‘the pathfinder project, described as being a ‘no-regrets’ decision by an independent review, which could have led to a whole series of projects across Wales with benefits UK-wide, will have to seek another mechanism of financial support, or will not go ahead.’

‘The loss in skills, supply chain and economic activity to Swansea, the region, to Wales and to the UK is colossal.’

Shortly after the decision on Swansea Bay tidal lagoon was delivered, Transport Secretary Chris Grayling made the case for a third runway at Heathrow airport. Lawmakers backed the plan by 415 votes to 119.

Responding to the news, Keith Taylor, the Green MEP for the South East and a member of the European Parliament’s Transport and Tourism Committee, said MPs have ‘voted to deny the reality of the climate crisis and by a contemptible majority. Conservative, Labour and SNP MPs, all beholden to vested interests, have worked together against the most urgent issue facing Britain, and the planet, today.’

‘Yet again we see the ‘green’ credentials of Britain’s political establishment evaporate when it’s confronted with the need to challenge the neoliberal economic consensus.’

Following the vote, Greenpeace UK has announced it’s ready to join a cross-party group of London councils and the city’s mayor Sadiq Khan in a legal challenge against a third runway at Heathrow.

Ministers are now expected to formally designate the National Planning Statement supporting the third runway project. After that, there will be a six-week period within which claimants may challenge the decision by way of judicial review.

Four London councils supported by Greenpeace successfully challenged government plans for a third runway back in 2010.

The group of councils and campaigners, with the addition of Labour-led Hammersmith and Fulham and Sadiq Khan, are now preparing to take the government to court over its decision to back a new Heathrow runway if they proceed with formally approving the planning statement.

‘This Heathrow flight has failed all safety checks, yet ministers have boarded it anyway and persuaded a majority of MPs to go along with them. But we can’t just look the other way while the whole dashboard flashes red with warning lights.

‘The UK government won’t be able to tackle illegal levels of air pollution, never mind leaving a healthier environment to the next generation, if a new Heathrow runway is built. If ministers don’t want to uphold the laws protecting us from toxic fumes and climate change, we’re going to ask a court to do that.’

Campaigners and local leaders argue that the Heathrow project poses a significant threat to human health and the environment, and that ministers have failed to properly consider the runway’s impacts on air pollution.

Ministers have also been warned by their own climate advisers, the Climate Change Committee, that carbon emissions from the aviation industry must not rise if the UK is to meet its legally binding climate change targets.

An analysis by academics at the University of Manchester also concluded that Heathrow expansion jeopardises the UK’s commitment under the Paris Agreement.

‘Who will benefit? The increasingly wealthy minority of jet-setters who are responsible for the majority of flights taken every year. Certainly not the average holidaymaker, whose taxes subsidise the recreational flying habits of the few. The many are left funding the high-flying lifestyles of the few.”

‘Millions of residents in the South East will pay the immediate and direct cost of the noise and air pollution guaranteed by expansion while taxpayers shoulder the financial burdens of the project. At the same time, the climate-destructive project will ensure Britain busts its legally binding carbon budgets and hasten a climate breakdown which will blight our children and our children’s children’s future.’