The leading cause of illegal dumping of fish in EU waters is the type of vessel, not its size 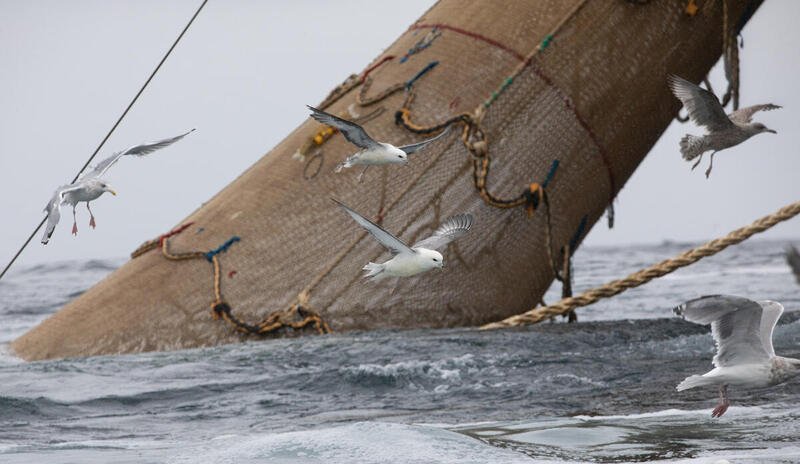 New WWF research reveals that 92% of discarded sea creatures in the EU come from ‘bottom trawl fisheries’ that scrape the seafloor and swallow everything in their path.

In 2019, around 230,000 tonnes of discards were reported in the EU – roughly equivalent to the amount of cod that swam in the North Sea in the early 1970s, when the fish population was healthy.

This is despite an EU law called the Landing Obligation that requires all vessels to bring everything they catch back to port.

WWF’s research looks at both unwanted bycatch (the incidental catching of animals other than the target seafood species) and discards (animals thrown overboard, usually already dead, as they aren’t the target species).

The study analysed the data that is publicly available; according to EU fisheries control authorities, the number of unreported cases is considerably higher.

‘Discards are not only a waste of resources, but a cause of overfishing in European seas. They harm fish populations, ecosystems and biodiversity. They also tear gaps in fisheries data statistics and make it difficult for scientists to accurately assess the health of fish stocks.’

Size is the wrong target

The EU’s fisheries control system – which ensures the Common Fisheries Policy is implemented and rules, including the Landing Obligation, are followed – is currently being reformed.

As part of this, onboard cameras are looking set to become mandatory, but on which vessels and at what scale has not yet been decided.

While the EU Commission wants to chiefly control those vessels with a particular risk of unwanted bycatches and illegal discards, the EU Council and Parliament see the size of catching vessels as the main criterion.

WWF’s findings show that by focusing on vessel size rather than type of fishing gear, the EU could have its sights set on the wrong target, leaving fisheries control largely ineffective against illegal activities.

To ensure effective monitoring of the Landing Obligation and protection of threatened and protected species, WWF is calling for the mandatory use of remote electronic monitoring (REM), which includes onboard cameras, on all EU fishing vessels over 12 metres in length, as well as on all vessels under 12 metres in length that are at high risk of illegally discarding unwanted and accidental catches of endangered species.

Dr Antonia Leroy, Head of Ocean Policy at the WWF European Policy Office said, ‘The EU must use its revision of fisheries rules to help protect marine life from destructive practices. We need healthy seas as allies in the fight against the climate crisis, to put food on our plates and to achieve the ambitious goals of the EU Biodiversity Strategy.’