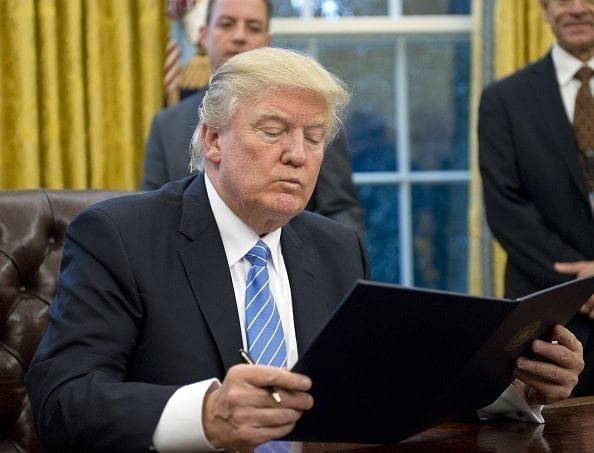 In a letter appearing this week in full-page newspaper ads, major companies are urging President Trump to keep the United States in the Paris Agreement on climate change for the good of the US economy.

‘By expanding markets for innovative clean technologies, the agreement generates jobs and economic growth’, the letter says. ‘U.S. companies are well positioned to lead in these markets. Withdrawing from the agreement will limit our access to them and could expose us to retaliatory measures.’

Click here for ClientEarth’s legal view on whether Trump can ignore the Paris Agreement.

The companies are among the top US tech, power, retail, health, consumer goods, manufacturing and financial services companies, with a combined value of over $3.2 trillion.

The full-page ad in The New York Times on Monday (08 May) is part of a six-figure ad campaign in the Times, The Wall Street Journal and New York Post.

The campaign is sponsored by the Center for Climate and Energy Solutions (C2ES) in cooperation with the sustainability nonprofit Ceres.

The Paris Agreement has been ratified by 143 countries, including the United States. The White House has said a decision on whether to stay in the agreement is due before the president attends the G7 Summit in Italy later this month.

‘As other countries invest in advanced technologies and move forward with the Paris Agreement, we believe the United States can best exercise global leadership and advance U.S. interests by remaining a full partner in this vital global effort’, the letter says.

In another push by the business community to keep the US in the Paris Agreement, more than 215 global investors, collectively managing more than $15 trillion in assets, sent a letter to President Trump and other G20 leaders urging them to support and swiftly implement the climate accord.