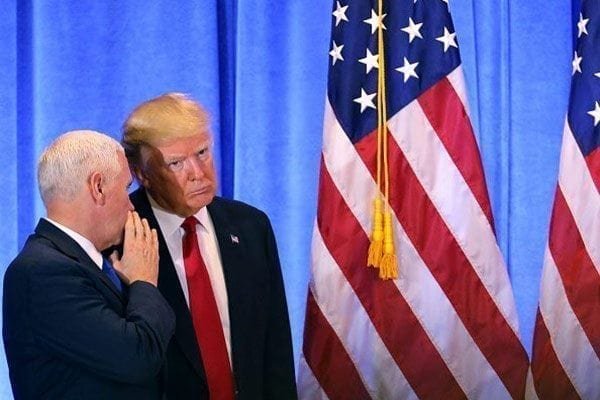 In anticipation of the Senate confirmation hearings for President-elect Donald Trump’s cabinet nominees, Margaret Huang, executive director of Amnesty International USA, warned ‘vigorous’ questioning was required in light of their ‘troubling’ views on torture and discrimination.

‘If they are confirmed, these nominees will make decisions that affect the human rights of millions of people in the US and around the world. Some of these nominees have expressed views on torture, discrimination and oppressive governments that are troubling. They should be questioned vigorously, and they must commit to protecting human rights.

‘President-elect Trump’s campaign was marked with dangerous rhetoric, and these nominees could be tasked with making that rhetoric a reality. We cannot let that happen.’

The confirmation hearings for Trump’s cabinet started on Tuesday, but some have been postponed to allow time to vet the nominees’ complex records.

Some nominees have reportedly failed to return completed critical questionaries and disclosures, meaning some hearings will take place after Trump’s inauguration.

Amnesty International USA has raised questions about several of the nominees, including:

Rex Tillerson
The nominee for Secretary of State who, as chief executive of Exxon Mobile, has engaged in close business relationships with oppressive governments, including Russia, China and Equatorial Guinea. He hasn’t explained whether his approach to governments that violate human rights reflects his business philosophy or his world view.

Mike Pompeo
The nominee for the head of the Central Intelligence Agency has defended torture, calling the CIA’s former program of secret detention and torture ‘within the law’.

General James Mattis
Trump’s nominee for Secretary of Defense has signalled support for keeping the remaining Guantánamo detainees there indefinitely.

General John Kelly
The nominee for Secretary of Homeland Security, who could refuse—or carry out—policies to establish a registry of American Muslims or ban refugees who happen to be Muslim.

Senator Jeff Sessions
Trump’s pick for Attorney General. Sessions has been on the wrong side of a host of issues that reflect the United States’ commitment to human rights and international law, including stating that he is open to considering a ban on Muslim immigration, opposing marriage equality and fighting efforts that would advance voting rights.

Click here for more on the Cabinet of the United States.