Africa's leading conservationists will be honoured at the 2021 Conservation Awards, hosted by Tusk in London 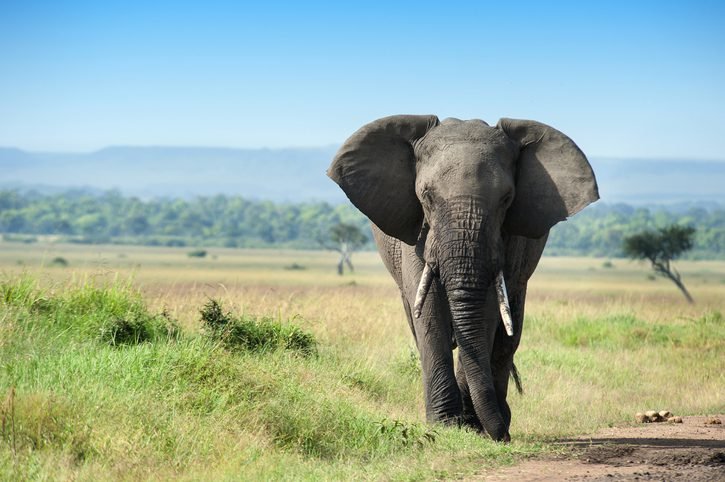 This year, the prestigious Tusk Conservation Awards return as a live ceremony at the UK’s leading repertory cinema, BFI Southbank, on Monday 22 November.

Launched by Prince William in 2013, the Tusk Awards celebrate the unsung heroes of Africa, recognising the work of leading conservationists.

Conservation in the pandemic

The vulnerability of African conservation has never been more prominent; the devastating impact of Covid-19 has particularly affected those protecting wildlife and communities on the frontline.

With the economy, wildlife and tourism industries still at significant risk, threats to undo years of conservation work across the continent still continue.

Through the recognition of and support to Award recipients, Tusk will raise the profile of African conservation leaders and their significant impact in the field across Africa.

Now in its ninth year, the Awards ceremony will return as a face-to-face event at the BFI Southbank in London, hosted by broadcaster Kate Silverton. Five of Africa’s conservation luminaries will be honoured #ForAllTheyDo to advance conservation.

The shortlist for the prestigious Tusk Award for Conservation in Africa presented in partnership with Land Rover are:

As the first person to study and work for the protection of amphibians in Ghana, Caleb’s work with the government and communities has been impactful and inspiring.

Caleb is among very few amphibian conservationists in West Africa; his research has resulted in the discovery of several new species to science and the rediscovery of populations that were thought to be extinct.

‘The last 18 months have been extremely challenging for everyone, but none more so than those living in the developing world. Covid-19 has been particularly devastating to the economies of Africa, where international travel restrictions have brought the wildlife and tourism industries to their knees.

‘With COP26 bringing the future of the natural world to the very front of our minds, there is no better time to celebrate those at the forefront of efforts to protect it. I am very pleased today to reveal the three exceptional finalists for this year’s Tusk Award for Conservation in Africa.’

Julie oversees the organisation’s mission to prevent the extinction of Madagascar’s endemic species. During Julie’s 16 years in the field she has achieved a huge amount, becoming a true conservation leader.

Julie’s leadership has enabled MV to establish four protected areas in the Ambatondrazaka  district, eastern Madagascar, where colonies of the flying fox roost. Without Julie’s work, much less of the Mangabe rainforest would still be standing today.

Rachel’s work has focused on species-based and landscape-level conservation efforts. In 2012, Rachel established the SW/Niger Delta Forest Project and has served as its director since.

Rachel’s persistence in working in one of the most insecure regions in the world, building strong community relations, establishing a community conservancy and saving a Critically Endangered primate under these conditions is highly commendable and deserves recognition.

‘Congratulations to each and every nominee for their outstanding achievements. Their dedication to conservation plays an integral role in preserving Africa’s wildlife, and it is imperative that we recognise their unwavering commitment and bravery.  By celebrating their efforts, we hope to continue to inspire more people to join the fight to save our planet, conserve endangered environments and species.’

The winner of this award will be announced at the ceremony, alongside the presentation of the annual Prince William Award for Conservation, sponsored by Ninety One and the Tusk Wildlife Ranger Award, sponsored by The Nick Maughan Foundation.