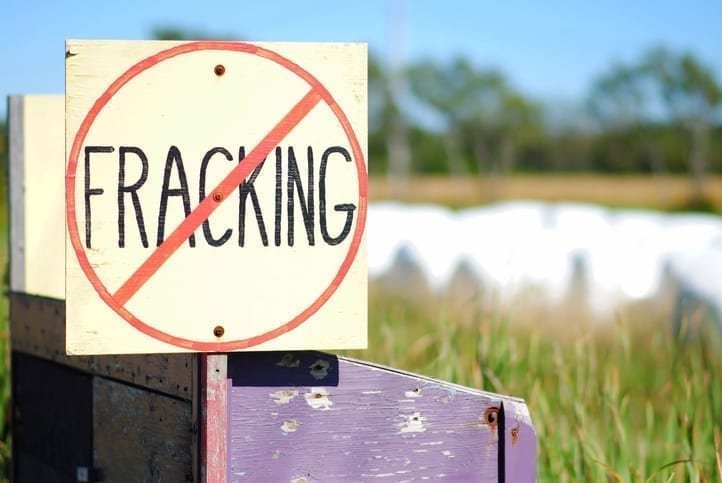 Government ends support for fracking in the UK on the basis of new scientific analysis, published today

Fracking will not be allowed to proceed in the UK, the government has announced today, following the publication of new scientific analysis.

Ministers took the decision on the basis of a report by the Oil and Gas Authority (OGA), which found that it is not currently possible to accurately predict the probability or magnitude of earthquakes linked to fracking operations.

Fracking already takes place across the world including in the US, Canada and Argentina. However, exploratory work to determine whether shale could be a new domestic energy source in the UK has now been paused – ‘unless and until further evidence is provided that it can be carried out safely here’.

Ministers have always been clear that the exploration of the UK’s shale gas reserves could only proceed if the science shows that it is safe, sustainable and of minimal disturbance to those living and working nearby.

For that reason, the government introduced tight planning controls through the Infrastructure Act 2015 and set strict limits on seismicity, in consultation with industry.

‘It’s been clear for some time that the government’s big bet on fracking is bust. Opening up a new fossil fuel industry in this climate emergency was always an awful idea, and it’s only seemed worse as the industry has lurched from mishap to disaster. Grassroots activists across the country deserve huge credit. If the government reads the science and listens to the strong public opposition then fracking has no future. This lesson now needs to be applied to unlock onshore wind and solar, and significantly ramp up offshore wind. The focus must now be on delivering the net-zero carbon target.’

The Traffic Light System was introduced in 2012 as an evidence-based method of regulating seismicity caused by shale gas exploration. It has operated at Preston New Road, allowing the OGA to swiftly put a halt to activity when required – including after several significant events this summer.

Operations at Preston New Road, Lancashire, have been suspended since a magnitude 2.9 event was recorded on 26 August 2019.

On the basis of the disturbance caused to residents living near Cuadrilla’s Preston New Road site in Lancashire and this latest scientific analysis, the government has announced a moratorium on fracking until compelling new evidence is provided.

‘Today we celebrate alongside the local communities, campaigners and environmentalists who have been campaigning valiantly to stop fracking for many years. This is a fantastic win for local democracy and everyone who cares about protecting the countryside from climate catastrophe and mass industrialisation.

‘CPRE was absolutely resolute in its opposition to policies proposed by the government to ‘fast-track’ fracking through the planning system, removing local people’s voices from the decision-making process. When calls were made to change the rules to allow fracking to continue, even when it caused ever bigger earthquakes, countryside campaigners said ‘no!’ We’ve long called for fracking to be stopped, and are thrilled that our messages have resonated finally.’

The government also confirmed today that it will not be taking forward proposed planning reforms for shale gas developments at this time. These proposals were consulted on in 2018 but will not be implemented now.

‘Whilst acknowledging the huge potential of UK shale gas to provide a bridge to a zero carbon future, I’ve also always been clear that shale gas exploration in the UK must be carried out safely. In the UK, we have been led by the best available scientific evidence, and closely regulated by the Oil and Gas Authority, one of the best regulators in the world.

‘After reviewing the OGA’s report into recent seismic activity at Preston New Road, it is clear that we cannot rule out future unacceptable impacts on the local community.

‘For this reason, I have concluded that we should put a moratorium on fracking in England with immediate effect.’

The role of natural gas

Other sources of natural gas will continue to contribute to the UK’s energy mix. The Committee on Climate Change has previously said that there will still be a requirement for natural gas in a 2050 net zero economy.

While natural gas emits about 40% less CO2 per unit of energy produced than coal, one of the disadvantages is that natural gas remains a fossil fuel that emits harmful CO2 when burned.

The main component of natural gas, methane (CH4), has a shorter atmospheric lifespan than CO2, but its global warming potential is 28 times higher than that of CO2 on a 100-year time horizon.

Nevertheless, maintaining diverse gas supplies, for use during the transition as the UK renewable sector grows – or for the production of hydrogen – remains a priority for this government.

‘The Committee on Climate Change’s advice is clear that natural gas will continue to have a key role to play as we eliminate our contribution to climate change by 2050, including for the production of hydrogen. However, following our action today, that gas will need to come from sources other than domestic fracking.

‘Today’s decision will not in any way impact our energy supply. The UK benefits from one of the most active gas markets in the world, with security ensured through diverse sources – including domestic offshore production, pipelines from Europe and liquid natural gas terminals.’

Click here to read our article about what the heroic and peaceful Lancashire fracking protesters told magistrates when they appeared in court.