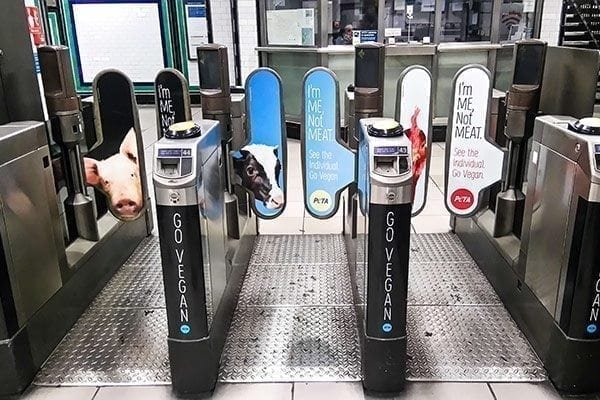 Clapham Common tube station is now fully plastered with more than 60 ads featuring cows, pigs and chickens. They appear on every poster, door and turnstile, telling commuters, ‘I’m ME, Not MEAT. See the Individual – Go Vegan’.

PETA launched the UK’s first vegan tube-station takeover on New Year’s Day to inspire commuters to pledge to help animals, protect the environment and get healthy by going vegan in 2017.

‘Cows, chickens and pigs are no different from human beings when it comes to feeling pain and fear and valuing their lives. PETA is encouraging people everywhere to show compassion to animals by skipping meat-based meals and choosing humane and healthy vegan fare instead.’

PETA – whose motto reads, in part, that ‘animals are not ours to eat’ – notes that eating vegan spares sensitive animals daily suffering and a terrifying death in today’s industrialised meat, egg and dairy industries – in which chickens’ and turkeys’ throats are cut while they’re still conscious and piglets’ tails are cut off without any painkillers.

Vegans are less prone to suffering from cancer, obesity and diabetes than meat-eaters are, and they also have a lower carbon footprint.

That’s why millions of Britons – including 20% of 16- to 24-year-olds, according to the research group Mintel – are embracing plant-based meals. 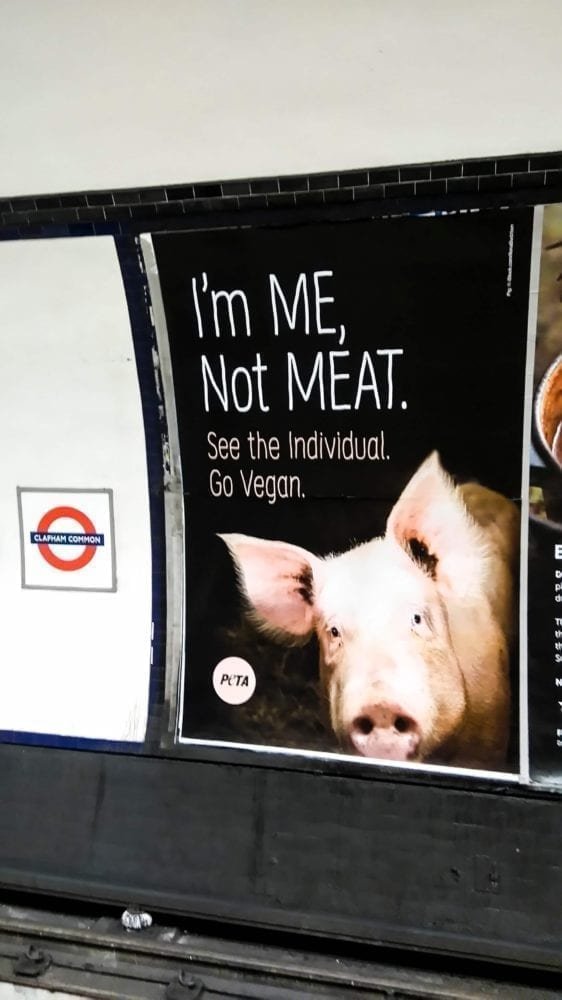 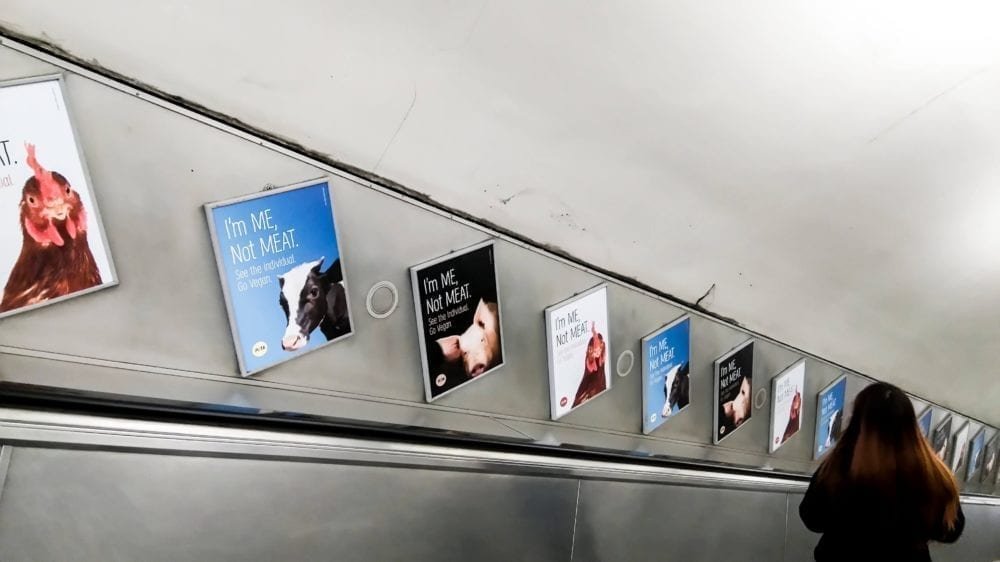 Click here for more from PETA on making the switch to a vegan lifestyle.