‘What are you afraid of, boys?’ 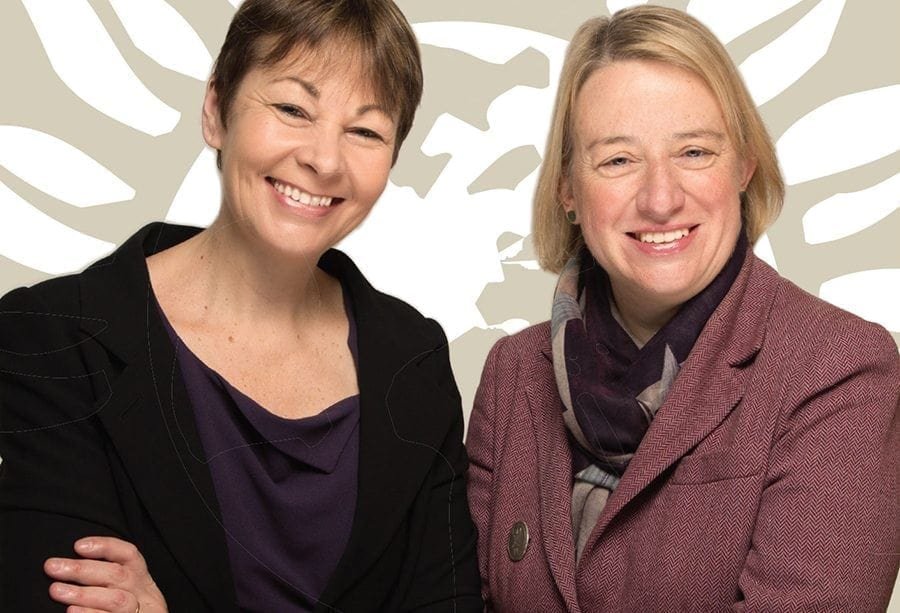 The UK General Election 2015’s Political Pop Chart has reported that, for the first time in two years, the Green Party has taken the top spot for the busiest UK political party website.

The news came hot on the heels of Green Party support hitting a 20-year high, and a YouGov survey that placed the Green Party in joint-second place among young people. This is despite Ofcom’s refusal to acknowledge it’s a ‘major party’.

When asked in December: ‘If there were a general election tomorrow, which party would you vote for?’, 22% of 18-24s responded ‘Green’, putting the Green Party in joint-second place with the Conservatives.

With 32%, Labour was the most popular choice for this age group – though support continues to fall. 44% of the younger generation said they would vote Labour in January 2014.

The news will add fuel to the fire of those campaigning for the Greens to have a seat at forthcoming TV debates in the run-up to the election.

A decision was made by Ofcom not to include ‘minor parties’ such as the Greens in the election debates.

Ofcom said the party had not ‘secured sufficient support in previous elections and current opinion polls to be added to Ofcom’s major party list for the purposes of the May 2015 elections.’

The Green Party, which has until February to make its case before a final decision is made in March, has released an election poster captioned ‘What are you afraid of, boys?’. This is a direct reference to a previous statement from Natalie Bennett, in which she called Westminster an ‘old boys’ club.’

Recent media coverage of the Greens’ exclusion from the TV debates has driven a huge membership surge which has taken the UK Green parties ahead of both Ukip and the Lib Dems.

The party now has a 47,969-strong membership in England, Scotland and Wales, and is signing over 2,000 new members every day.

Speaking to London Live last Thursday, Natalie Bennett said, ‘There was an hour yesterday when a new person was joining every 10 seconds.’

To keep up the pressure on broadcasters and politicians, Green supporters organised a flash-mob outside the Houses of Parliament on Monday.

281,000 people have signed a petition calling on major broadcasters to give the Greens a voice on upcoming TV debates, and David Cameron has supported the proposal by saying he’ll withdraw from debates unless the Greens are represented.

Click here to add your name to the petition: ‘Include the Green Party in the TV Leaders’ Debates ahead of the 2015 General Election’.