This World Environment Day, people around the globe are pushing for climate justice 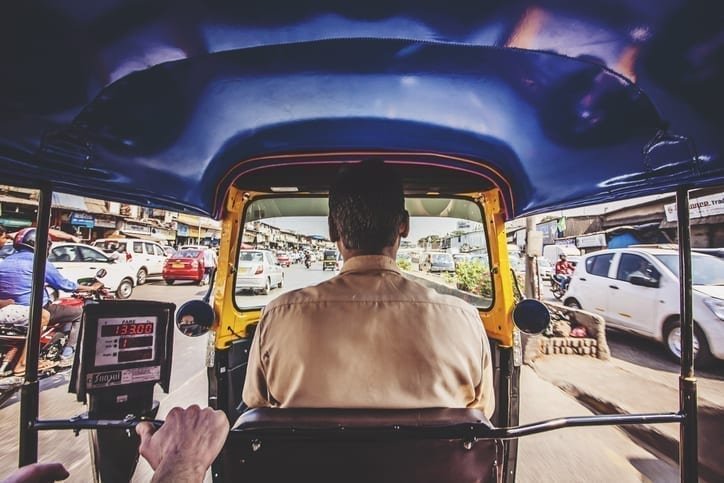 Across the world, World Environment Day is being marked by celebrations and events, with calls for faster and fairer climate action.

‘On World Environment Day volunteers across the world in the 350.org network have done what they do every day of the year – work for climate justice’, said Hoda Baraka, chief communications officer at 350.Org. ‘We see people standing up to change their communities, to hold polluting corporations to account, and to change the policies of their governments. Across the globe, the movement for climate justice is growing daily.’

The 350.org network is present on every continent, but while the global day for the environment is being observed with different forms of action and activism, the message is the same: it’s time to shift away from polluting fossil fuels.

‘A few weeks ago the UN warned us of the huge risk facing the natural world with a million species at risk of extinction. On World Environment Day we must look after each other and for the world that sustains us.’

The Bolsonaro Government came under pressure at the National Congress

As the Bolsonaro Government cracks down on protest and dissent, indigenous and climate groups met at the national congress on World Environment Day to add their voices to growing public unrest over the far-right government.

Representatives of several alliances of civil society groups attended the public meeting held jointly by the Parliamentary Environmental Front and Parliamentary Front for the Defense of Indigenous Peoples at the national congress on 05 June.

‘People are gathered at our National Congress to make clear that we are not for retreating on Indigenous People’s rights. We are here to say we will stand up against the corporations and the politicians they pay who want to frack Brazil or spill oil in our pristine marine parks. These poisonous projects will hurt our communities, destroy livelihoods, and damage our environmentally precious protected areas’, Rubens added.

Activists take on coal and locals oppose oil in the DRC

In Kenya, anti-coal activists escalated a series of protests across the country to oppose coal-fired projects and the associated pollution, which has been linked to several health complications and severe environmental degradation.

Similar events are scheduled in Kinshasa and Goma, DRC to mobilise citizens to stand together against oil exploration permits in the Virunga park.

‘This day comes at a time when our planet has reached the unprecedented level of 415 ppm of CO2 in the atmosphere, meaning more frequent and more intense weather events for the world and Africa where the adaptation and response capacity is very limited’, said Landry Ninteretse, 350.org team leader for Africa.

‘Allowing the development of fossil fuel infrastructures will not only increase emissions and air pollution but also exacerbate the ravages of climate chaos. The current transition away from fossil fuels should not exclude African nations.’

In India air pollution extinguishes more life per person than terrorism, smoking or malaria. But the narrative around India’s biggest public health emergency continues to be myopic and Delhi-centric, focused on death tolls and particulate matter data.

The goal of the ‘Breathless’ photo project is to humanise what seems like an amorphous, seasonal and regional problem to many. It aims to tell stories that help connect town to city and sources of pollution, while introducing us to ordinary people resisting extraordinary pollution.

‘The ‘Breathless’ project is a manifestation of how air pollution affects the health of cities as well as citizens. This World Environment Day the global theme is air pollution and the the stories we are trying to tell through these photos are a stark reminder of the health emergency that air pollution has become’, said Brikesh Singh, coordinator of clean air collective, India.

‘Our children of New Delhi are not in a position to celebrate Environment Day. As a parent it is disheartening to see my child have lungs of a smoker at such a tender age. Our government needs to recognise this as a public health emergency. Their denial is costing our children their lives.’

Climate action in the Pacific

20 Pacific Climate Warriors ventured into the coastal villages of Pango and Mele to create more awareness on the climate crisis, supported by celebrity reggae artists Stan Antas and Metoxide.

Equipped with a strong sense of purpose, the youth displayed banners calling for climate action and told their climate stories through songs and poetry.

‘The climate crisis can be very technical and difficult for people in our communities to understand. Visiting the communities and sharing stories that the youth have through music is an effective way to humanise the climate crisis. The Pacific Way of telling stories through song and dance is the best way to raise awareness on the issues, something the youth know how to do very well’, said Isso Nihmei, 350 Vanuatu coordinator.
Click here to read our article about the call for a global climate strike.