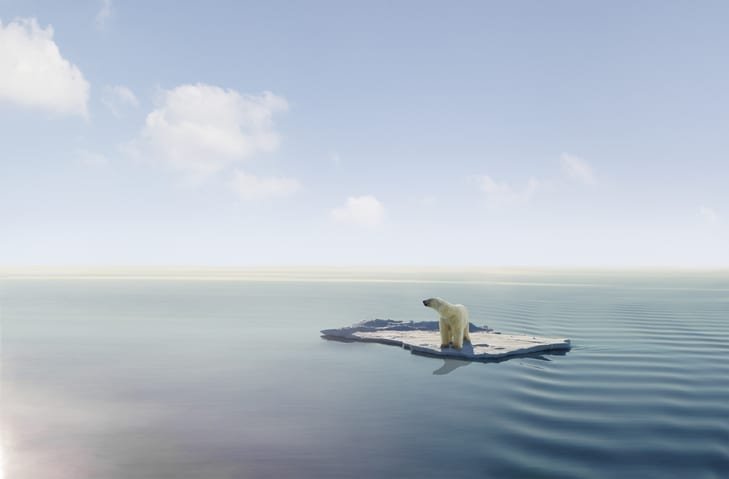 No part of the world will be spared from the impacts of climate change as oceans warm and ice sheets and glaciers melt, causing rapid sea-level rise that could affect one billion people by 2050.

A new UN report from the Intergovernmental Panel on Climate Change (IPCC) makes it clear that changes will continue and be irreversible even if the climate stabilises.

It highlights the need for governments to urgently scale up and accelerate efforts to address the climate emergency and protect the world’s oceans.

‘We must listen to the science’

The IPCC’s special report on the Ocean and Cryosphere, released yesterday (25 September), is drawn from almost 7,000 papers by over 100 leading climate scientists. It represents the most comprehensive assessment to date of the severity of climate impacts on our oceans and the cryosphere.

Accelerating changes in the oceans and cryosphere – areas of the Earth covered in snow and ice – is one of the most dramatic consequences of the climate crisis.

We can manage the worst risks by sharply cutting emissions, which will give people and nature more time to adapt. Protecting and restoring marine ecosystems, for example, is one of the most powerful and cost-effective ways to combat the devastating effects of climate change.

‘The Arctic is melting at record speed, and so are our chances of fighting the climate crisis. The oceans are under threat, with ecosystems such as coral reefs and global fisheries at risk of extinction. We must listen to the science, which tells us time and again what the people on the streets are demanding: that we need a radical response from our leaders, and we need it now. The next EU Commission President wants a climate law and this must be centred on a climate-neutral EU by 2040 and 65% emissions cuts by 2030, made in a socially fair way. There is no time to waste.’

The report highlights the rapidity at which the impacts to our ocean and cryosphere are likely to play out if we do not take urgent action.

Many coastal communities here in Europe and worldwide are already feeling the impact of destructive weather patterns, rising sea levels, depletion of coral reefs and mangroves and the loss of marine resources including fisheries.

By 2050, as sea levels rise and fish stocks shift due to a warming ocean, one billion people who live in low-lying coastal areas will be at risk.

This could lead to large-scale migration as people avoid flooding and follow the fish they depend on. Some ecosystems, like those supported by coral reefs and polar sea ice, stand a very real risk of completely disappearing.

‘World leaders at the UNSG Climate Action Summit this week pretended to care, but unless words translate into more ambitious commitments to address the climate emergency and forge a strong Global Ocean Treaty, they are failing the millions of climate strikers around the world who came out onto the streets demanding radical change.

‘The IPCC report is another wake-up call for those governments who continue to sleepwalk through the climate crisis. The decisions that world leaders choose to make in the next few years will have profound consequences for the future of mankind in the coming centuries.’

Key points from the IPCC report

Sea-level rise by 2100 could be close to one metre if global warming reaches above 3 °C, which is where the current global government policies are heading to. This could result in the displacement of millions of people from coastal areas.

All people on Earth depend directly or indirectly on the ocean and cryosphere. The low-lying coastal zone is currently home to around 680 million people (around 11% of the 2010 global population), projected to reach more than one billion by 2050.

As sea surface temperatures increase and as oceans become more acidic, marine life and ocean ecosystems will suffer major challenges. Even if global warming is limited to the agreed target of 1.5°C, it is projected that up to 90% of warm water coral reefs will be lost.

Widespread permafrost thaw is projected for this century and beyond, releasing 1460-1600 Gigatons of greenhouse gases, equivalent to almost twice the carbon currently in the atmosphere.

‘The science is both chilling and compelling. The impacts of human-made carbon emissions on our oceans are on a much larger scale and happening way faster than predicted. It will require unprecedented political action to prevent the most severe consequences to our planet.

‘Climate action and building the resilience of our oceans need to go hand in hand and governments and industry know the solutions. They must take decisive steps to ditch fossil fuels and submit their national plans to stay below 1.5℃ by next year, when they will also need to deliver a strong Global Ocean Treaty capable of protecting at least 30% of the world’s oceans as marine sanctuaries.’

It is virtually certain that the ocean has warmed unabated since 2005, continuing well documented trends going back to at least 1970. That warming is attributable to anthropogenic global warming, with the ocean taking up more than 90% of the excess heat in the climate system since 1970. The rate of ocean warming has more than doubled since 1993.

Satellite observations show that marine heatwaves (periods of extremely high ocean surface temperatures) have very likely doubled in frequency from 1982 to 2016 and that they have also become longer-lasting, more intense and more extensive.

Globally, the frequency of marine heatwaves is very likely to increase by a factor of approximately 50 by 2081-2100, relative to the frequency of occurrence in 1850-1900. The largest frequency increases are projected for the Arctic Ocean and the tropical ocean.

Anthropogenic climate change has increased observed precipitation, winds and extreme sea level events associated with some tropical- and extra-tropical cyclones, playing a role in multiple coincident or sequential extreme events that have led to cascading impacts.

Extreme El Niño and La Niña events are likely to occur more frequently under RCP8.5 2 and are likely to be associated with more extreme responses in several regions across the globe that currently experience wetter or drying conditions during such events.

CLICK HERE TO READ OUR ARTICLE ON SIR TIM SMIT’S VIEW THAT WE CAN’T BE THE NEXT CIVILISATION TO FALL.