Star-studded global broadcast will highlight climate activism around the world 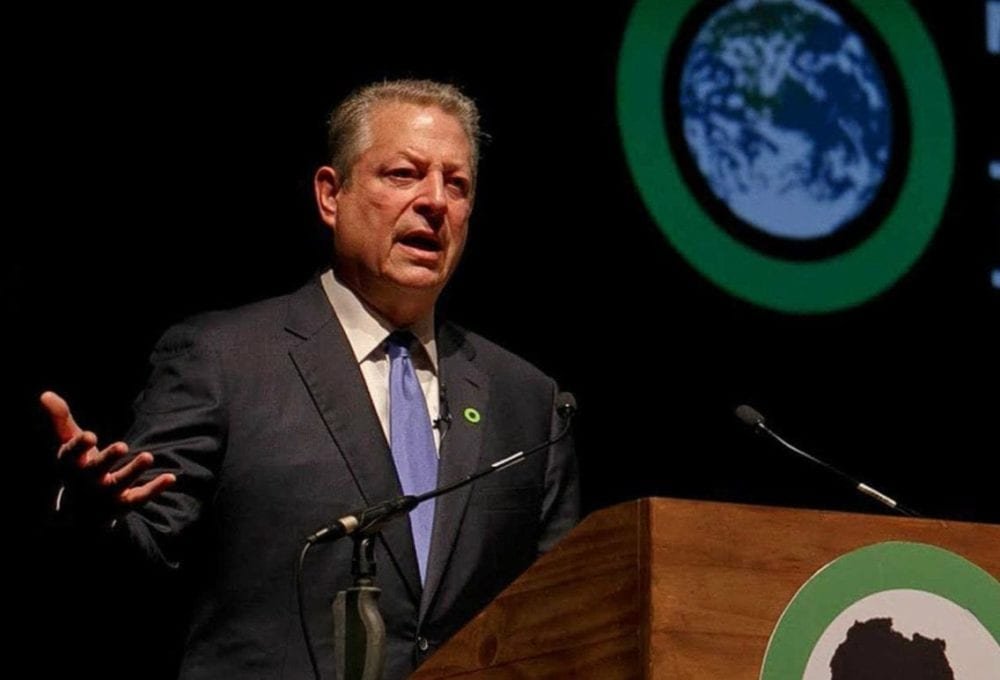 The Climate Reality Project is getting set for its seventh annual 24 Hours of Reality broadcast – a 24-hour live event focused on the climate crisis and its solutions – on 04-05 December.

Hosted by former US vice president and Climate Reality founder and chairman Al Gore, 24 Hours of Reality: Be the Voice of Reality will explore the extraordinary climate activism happening all across the planet.

The broadcast will encourage the millions watching to use their voices to speak up for solutions, science and truth at this decisive point in history. It will be carried by broadcast partners globally, and streamed live online at 24HoursofReality.org.

‘We stand at a pivotal moment in our mission to solve the climate crisis. While the Paris Agreement gave the world a critical framework for solving the crisis, it’s up to us – concerned citizens of all backgrounds – to keep this progress going, no matter what actions the Trump Administration takes. This year’s 24 Hours of Reality broadcast will highlight empowered citizens taking action across the world, and will inspire those watching to use their own voices to be part of the solution.’

In the US, where the federal government has retreated from the climate fight, citizens have stepped up to push for practical solutions everywhere and in every way possible.

In April, 200,000 Americans marched on the White House to demonstrate broad, bipartisan support for climate action. When President Trump announced his plan to withdraw the US from the Paris Agreement, hundreds of thousands of citizens, business leaders, mayors, governors and more across the nation stood up to say, ‘we are still in’.

24 Hours of Reality: Be the Voice of Reality will highlight these and many other voices and share inspiring stories of political, business, community and personal activism that illustrate how we can all make a difference, right now, when our planet needs us most.

‘This year’s theme – Be the Voice of Reality – is a call to action for anyone concerned about the climate crisis and everyone who wants to secure a safer future for our children and grandchildren. 24 Hours of Reality is a reminder of how far we have come and the work that remains, and we hope to encourage people to join the movement and speak out for climate action at all levels of society – from local city halls to the chambers of Congress.’

Activism around the world

The programme will begin on Monday 04 December at 18.00 EST and will be broadcast live from New York City’s Roosevelt Island.

The broadcast will travel around the globe highlighting stories of climate activism in six regions: North America, Oceania, Asia, the Middle East and Africa, Europe, and Central and South America.

Al Gore will also share stories and statistics from his slideshow presentation made famous in the film An Inconvenient Truth and the recently released An Inconvenient Sequel: Truth to Power.

Founded by Nobel Laureate and former US vice president Al Gore, The Climate Reality Project is one of the world’s leading organisations dedicated to mobilising action on climate change.

With a global movement more than 5 million strong and a grassroots network of trained Climate Reality Leader activists, it’s helping to spread the truth about the climate crisis and build popular support for clean energy solutions.

Previous 24 Hours of Reality events have each focused on a different theme related to the climate crisis. Last year’s broadcast, 24 Hours of Reality: The Road Forward, examined both the challenges and opportunities for climate action and clean energy in the world’s 24 largest carbon-emitting countries.

Click here to watch the live stream or to find out more.