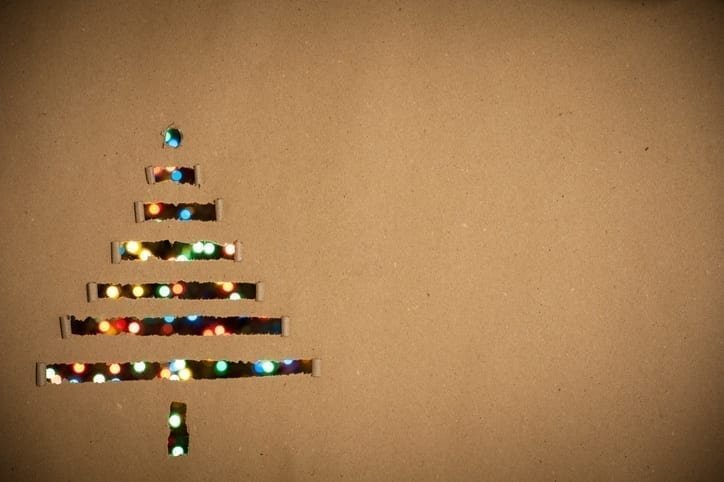 Christmas causes two in five Brits (44%) more confusion over their recycling than any other time of year.

That’s according to new research from Confused.com, which found that unfamiliar items (45%) and added waste (43%) leave Brits baffled about how to keep on top of recycling over the festive period.

The survey found that glossy wrapping paper (36%), tinsel (26%) and plastic Christmas trees (25%) cause the most uncertainty.

This confusion has led to many Brits making several recycling mistakes. One of the most common errors is recycling glossy wrapping paper (17%), which tends to be rejected by paper mills. The ‘scrunch test’ helps here – if you ball up the paper in your fist and it bounces back, you can’t recycle it.

Meanwhile, sweet wrappers cause issues for one in seven (13%). Even though they look like foil, these are mostly made from metallised plastic film, which you can’t recycle.

Similarly, natural corks threw off a third (33%) who think they can be recycled kerbside – they’d need to be chipped up and composted or taken to a specialist recycler.

It’s no wonder nearly one in three (30%) people think recycling rules should be simplified.

The right item in the right bin

It’s not just knowing what to recycle that can cause issues. Overflowing bins have led one in seven (15%) to knowingly put non-recyclable items into the recycling.

At the other end of the spectrum, 17% have used a friend or relative’s recycling bin as they had no room in their own.

One in three (34%) dedicated Brits have said they’ve taken recyclable items to a recycling centre.

‘Many of us are dreaming of a green Christmas, and it’s positive to see that our society seems to be becoming more eco-conscious. But, while our intentions might be good, getting the right item in the right bin this festive season is easier said than done without a bit of help.’

However, Brits are still committed to saving the planet, with more than half (53%) worrying about the impact of Christmas on the environment.

A further one in five (21%) claim they’ll strive to be more environmentally conscious in the coming year.

All this means that having a green Christmas is on our minds this year. As well as making an effort to recycle as much as possible (61%), more than one in four (27%) opt for recycled wrapping paper and 25% use LED lights to save energy. Meanwhile, nearly a fifth of us (19%) plan to buy fewer presents to reduce waste.

Many Brits also don’t mind the personal touch when it comes to Christmas items, which can help make the festive season more eco-friendly. Nearly one in four (23%) would be happy with just homemade cards this Christmas, and 15% say the same about homemade gifts.

Even after Christmas, confusion over councils having different rules for recycling (33%) and over which recycling bin different items go into (15%) remains a key obstacle to fulfilling our eco-resolutions.

Click here to find out why Re-Wrapped recycled and recyclable gift wrap is a My Green Pod Hero.