A Blueprint for Ocean Protection 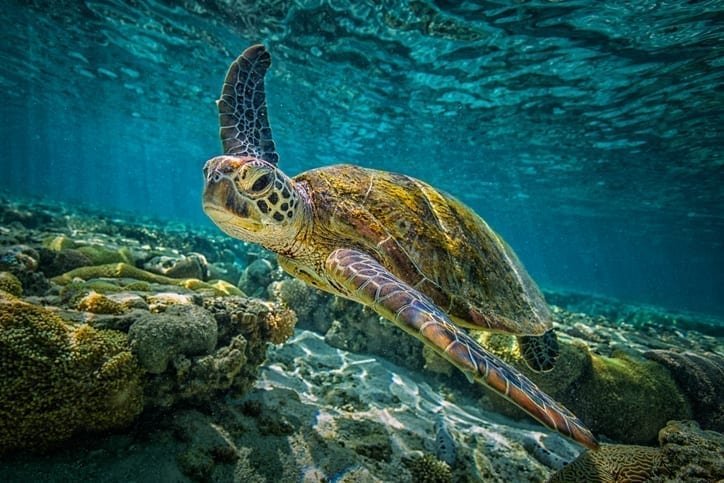 As governments meet at the UN to negotiate towards a historic Global Ocean Treaty, a groundbreaking study by leading marine biologists has mapped out how to protect over a third of the world’s oceans by 2030, a target that scientists say is crucial in order to safeguard wildlife and to help mitigate the impacts of climate change.

‘From climate change to ocean acidification, overfishing and pollution, our oceans are under threat like never before. We urgently need to protect at least a third of our oceans by 2030, and what’s so exciting about this research is that it shows that it is entirely possible to design and create a robust, planet-wide network of ocean sanctuaries. These wouldn’t just be lines drawn on a map, but a coherent, interconnected chain of protection encompassing wildlife hotspots, migration corridors and critical ecosystems. This is a blueprint for ocean protection that would safeguard the full spectrum of marine life, help tackle the crisis facing our oceans and enable their recovery.

‘The negotiations taking place here at the UN are crucial because, if they get it right, governments around the world could secure a Global Ocean Treaty by 2020 which has the teeth to realise a network of ocean sanctuaries, off-limits from harmful human activities. This would give wildlife and habitats space not only to recover but to flourish. Our oceans are in crisis, but all we need is the political will to protect them before it’s too late.’

The report, 30×30: A Blueprint For Ocean Protection, is the result of a year-long collaboration between leading academics at the University of York, University of Oxford and Greenpeace.

In one of the largest studies of its kind, researchers broke down the global oceans – which cover almost half the planet – into 25,000 squares of 100×100 km, and then mapped the distribution of 458 different conservation features, including wildlife, habitats and key oceanographic features.

The researchers generated hundreds of scenarios for what a planet-wide network of ocean sanctuaries, free from harmful human activity, could look like.

‘Over the next 18 months, governments around the world have an unique opportunity to establish a global framework for protecting the oceans. By working together they can facilitate the protection of 30% of the world’s oceans by 2030, via a network of fully protected ocean sanctuaries. UK ministers like Michael Gove and Jeremy Hunt need to take the lead and personally engage with their counterparts to encourage international collaboration and high ambition to protect the oceans for future generations.’

‘The speed at which the high seas have been depleted of some of their most spectacular and iconic wildlife has taken the world by surprise’, said Prof Callum Roberts, marine conservation biologist at the University of York. ‘Extraordinary losses of seabirds, turtles, sharks and marine mammals reveal a broken governance system that governments at the United Nations must urgently fix. This report shows how protected areas could be rolled out across international waters to create a net of protection that will help save species from extinction and help them survive in our fast-changing world.’

Negotiations at the UN towards a Global Ocean Treaty could pave the way for the protection of oceans outside of national borders, which cover 230 million square kilometres. This research explores what it would mean to fully protect 30% and 50% of the global oceans, both widely discussed ambitions for conservation targets.

Various scenarios for protection, as well as wildlife hotspots and threats to the ocean, can be explored using this interactive map.

‘The 30×30 report puts forward a credible design for a global network of marine protected areas in the high seas based on knowledge accumulated over years by marine ecologists on the distribution of species, including those threatened with extinction, habitats known to be hotspots of biodiversity and unique ecosystems’, Prof Rogers continued. ‘Oxford scientists joined forces with Greenpeace and the University of York to provide data on marine ecosystems and expertise on the deep sea, including seamounts and hydrothermal vents. At a time when countries at the UN are negotiating towards a Global Ocean Treaty, this plan crystallises a way of practically implementing a new framework for the protection of marine life in international waters, including those species threatened with extinction.’

Click here to find out why JUST 13% OF THE WORLD’S OCEANS CAN BE CLASSIFIED AS ‘WILDERNESS’.