A day of climate action

Over one hundred thousand march in Glasgow, as 300+ demonstrations take place around the world 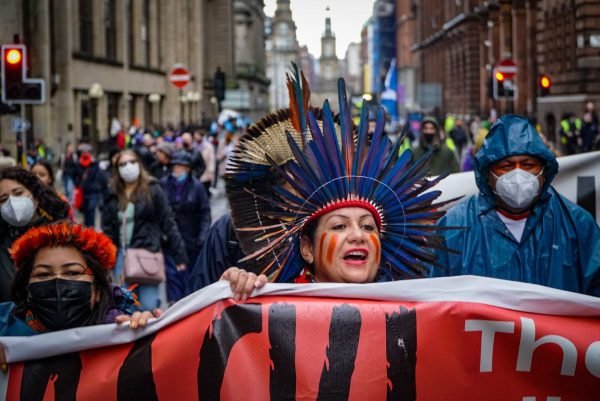 Around 300 simultaneous events took place yesterday (06 November) as part of a ‘Global Day of Action for Climate Justice’.

A march through Glasgow attracted thousands of people, despite driving rain and winds.

People from across the world attended the Glasgow demonstrations, which included a march through the city and a number of rallies with high-profile speakers such like Mitzi Jonelle Tan, Vanessa Nakate and Kathy Jetnil-Kijiner.

Other demonstrations took in every corner of the world, with people taking action on every continent.

‘We need the biggest emitters to be held responsible. We need financing to implement the solutions we are currently developing ourselves through our national adaptation plan. We contribute 0.00005% of the world’s global emissions – we did nothing to contribute to this crisis, and we should not have to pay the consequences.

‘We need to keep up the pressure that COP26 doesn’t allow offsets or endanger human rights and the rights of indigenous people.’

The marches take place as the first week of the global climate conference comes to a close, giving people a chance to have their voices heard on what’s been happening at COP26. 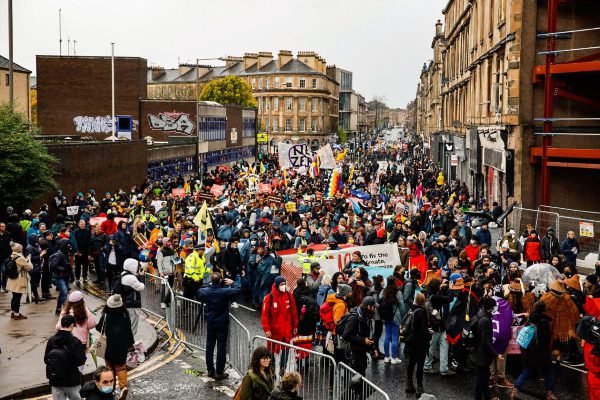 ‘Many thousands of people took to the streets today on every continent demanding that governments move from climate inaction to climate justice. We won’t tolerate warm words and long term targets anymore, we want action now.

‘Today the people who have been locked out of this climate summit has their voices heard – and those voices will be ringing in the ears of world leaders as we enter the second week of negotiations.

‘The climate crisis has resulted from our broken, unequal societies and economies. We must transform our global economies into ones that protect both people and our planet instead of profit for a few.’

ASAD REHMAN
A spokesperson for the COP26 Coalition