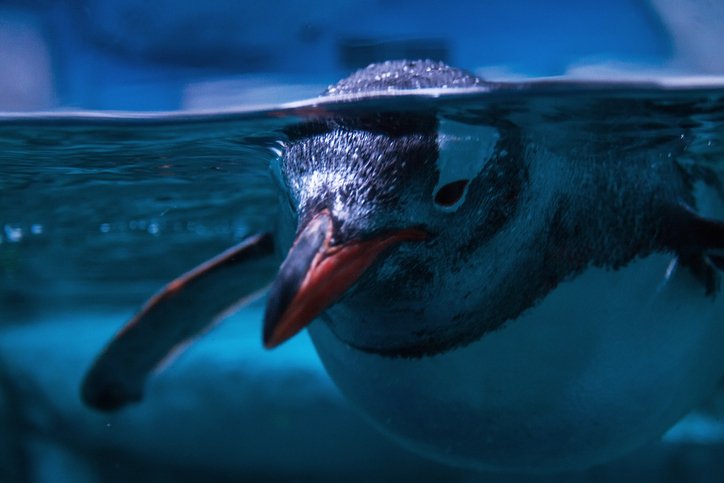 Data from the National Sea Ice Data Center shows that this year Antarctic sea ice will reach the lowest extent on satellite record.

‘Disruption from pole to pole’

Onboard a scientific expedition headed to the Antarctic, Laura Meller, from Greenpeace’s Protect The Oceans campaign, said it is ‘terrifying’ to witness this frozen ocean melting down.

‘The consequences of these changes extend to the whole planet, impacting marine food webs around the globe. Our recent scientific expedition in the Antarctic confirmed that the climate crisis is already impacting key species in the region.

‘In 2020 we witnessed the Arctic reaching its second-lowest sea ice extent on record, now we need a global network of ocean sanctuaries amid disruption from pole to pole. Every human being on Earth depends on healthy oceans to survive; this is a clear warning that we need to protect them for good.’

Over the past two decades, the region has seen extreme variations in its sea ice extent, but this year’s drop is unprecedented since measurements began.

While scientists are looking into the complex dynamics between global heating and sea ice trends, climate breakdown is evident in the region, with some parts of the Antarctic warming faster than anywhere else on the planet.

The Antarctic ice sheet is losing mass three times faster now than in the 1990s and contributing to global sea level rise.

Rapid warming has already caused a significant southward shift and contraction in the distribution of Antarctic krill, a keystone species.

A recent Greenpeace expedition to the Antarctic confirmed that gentoo penguins (main image) are breeding further south as a consequence of the climate crisis.

Why we need healthy oceans

Healthy oceans are key to reducing the impacts of climate breakdown as they help to keep carbon safely stored out of the atmosphere.

Scientists say protecting at least 30% of the oceans with a network of sanctuaries is key to allow marine ecosystems to build resilience to better withstand rapid climatic changes.

Greenpeace is campaigning for a Global Ocean Treaty which could be agreed at the UN in 2022, which could allow for the creation of a network of ocean sanctuaries, free from harmful human activity, across international waters.