More than one in four UK bird species in serious trouble 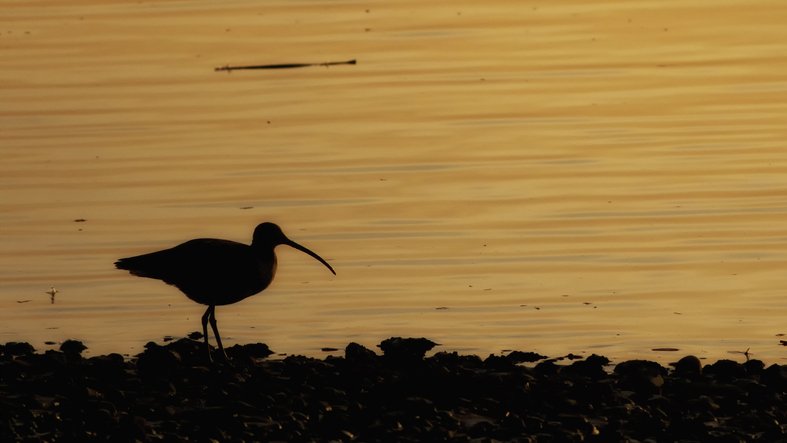 The latest assessment of the status of all the UK’s 245 regularly occurring bird species – Birds of Conservation Concern 5 – shows that 70 species are now of ‘highest conservation concern’ and have been placed on the assessment’s Red List.

The newly revised UK Red List now includes familiar Welsh avian species such as the swift, house martin and greenfinch that have been added for the first time.

Worryingly, the Red List now accounts for more than a quarter (29%) of the UK species, more than ever before.

Most of the species were placed on the Red List because of their severe declines, having halved in numbers or range in the UK in recent decades.

Others remain well below historical levels or are considered under threat of global extinction.

Birds of Conservation Concern 5 is a report compiled by a coalition of the UK’s leading bird conservation and monitoring organisations reviewing the status of all regularly occurring birds in the UK, Channel Islands and Isle of Man.

Each species was assessed against a set of standardised criteria and placed on either the Green, Amber or Red List – indicating an increasing level of conservation concern.

The swift has moved from the Amber to the Red List owing to an alarming decrease in population size: a decrease of 72% was seen in Wales between 1995 and 2018.

This is higher than the UK average and means Wales has the highest decline across the UK.

Swifts join other well-known birds already on the Red List – such as the cuckoo and wood warbler – which migrate between the UK and sub-Saharan Africa each year.

Work to address their declines must focus on both their breeding grounds here and throughout the rest of their migratory journey, which requires international cooperation and support.

The greenfinch, a familiar garden bird, has moved directly from the Green to the Red List after a population crash (71% in Wales since 1995) caused by a severe outbreak of the disease trichomonosis.

This infection is spread through contaminated food and drinking water, or by birds feeding one another with regurgitated food during the breeding season.

Garden owners can help slow transmission rates by temporarily stopping the provision of food if ill birds are seen and making sure that garden bird feeders are cleaned regularly.

‘In response to the nature crisis, the 5th assessment of UK birds presents a snapshot of the ‘health’ of our birds within the UK. The problems that confront UK birds, whether they are breeding or non-breeding populations, are problems that confront entire ecosystems. It is vital that we ensure resilient ecological networks across Wales are the ‘beating heart’ of nature conservation.

‘For some species, the UK report highlights optimism, with two familiar Welsh species of woodland birds (pied flycatcher and song thrush) moving from the Red List to Amber List. However, other species are faring badly. The curlew is now considered to be the most pressing bird conservation priority in Wales and the UK and the time for effective action is fast running out.

‘It is increasingly recognised that our natural environments are important not only to their biodiversity, but also for the multiple benefits that nature brings to people. The challenge to us all is to communicate these wider benefits across all of our society to help contribute to reversing these declines.’

Previous Birds of Conservation Concern reports have highlighted the plight of farmland, woodland and upland birds. This report adds more farmland and upland species to the Red List.

59 species of bird remain on the Red List from previous assessments; many of these, such as starling, curlew and turtle dove, are continuing to decline.

The current rate of decline in curlews in Wales, thanks to work carried out by BTO Cymru, suggests that the species could be extinct as a breeding bird within the next 12 years.

It is now considered as one of the most pressing bird conservation priorities in Wales.

Habitat loss and unfavourable habitat management are some of the reasons behind the decline. It has led to a decline of almost 70% in numbers since 1995 and its range has contracted by half.

‘It is very worrying to see the growing Red List reflecting ongoing declines in Wales’ birds. However, we are working to turn things around. Our research tracking Curlew breeding in North Wales, for example, should help pinpoint where conservation action is needed to help save this iconic species.

‘It is largely thanks to volunteers taking part in BTO schemes and surveys that we have such a good understanding of the population trends of birds in Wales, and we are grateful to each and every person who gives us their time to help monitor our bird life.’

As outlined in the 2019 State of Nature report, our bird populations face many pressures both here and abroad.

These include changes in the way land is managed (particularly farmland which makes up 80% of Wales’ land area), climate change, urbanisation, invasive non-native species and pollution.

The report also raises concerns over the status of wintering bird populations, with species such as Bewick’s swan joining the Red List.

With the European climate warming, some birds that breed in the Arctic are ‘short-stopping’ in eastern Europe rather than flying to Britain.

Rook is another important species to Wales that’s moving from the Green to the Amber List.

It has been placed on the Amber List because it is now being classed as vulnerable to extinction at a European scale.

Another bird moving high up on the Amber List is wheatear. Numbers of the upland songbird are plummeting, triggering a need to understand the cause of their decline.

‘Seeing an increase in the number of species on the Red List is once again worrying. This new assessment shows that we are losing many of Wales’s most well-loved and familiar bird species, underlining the seriousness of the nature emergency we face.

‘Wales is already one of the most nature-depleted countries in the world and we need urgent action to turn this around, including strong legally binding targets to halt and recover the loss of nature, and a Sustainable Farming Scheme that supports nature-friendly farming. The rapid decline of species such as rook and wheatear is alarming and needs to be addressed urgently.’