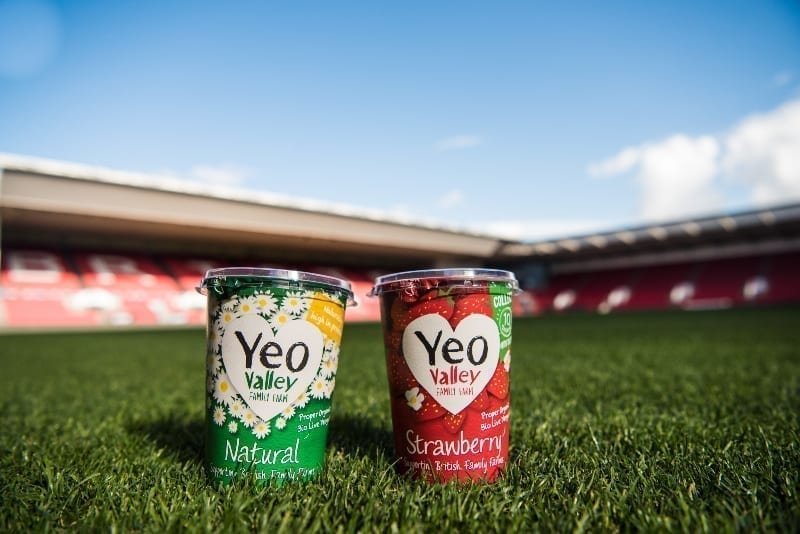 By bucking the trend, Yeo Valley has put one in the net for women’s sport

When well-known brands hook up with sports teams, they tend to head straight to the men’s game in pursuit of maximum exposure for their products or services.So when Britain’s biggest organic brand, Yeo Valley, made a move to sponsor Bristol City Women – and not the men’s side – it may have raised a few eyebrows.

Wouldn’t a household name like Yeo Valley see more commercial opportunity in sponsoring men’s sport? Not according to Adrian Carne, the organic Somerset dairy farm’s executive chairman and the man charged with growing the brand. ‘We like to think we’re an unconventional brand; we don’t just follow the herd’, he told us.

Yeo Valley has always been known for doing things differently and clearly doesn’t like to follow the crowd. If the big, corporate brands are doing it, then it’s a pretty safe bet that Yeo Valley isn’t. But in addition to opting for the alternative approach, there’s a solid business case behind the sponsorship of Bristol City Women.

‘Women’s sport is really growing in terms of audience and participation, so it opens up new audiences to us – it makes good business sense’, Adrian said. ‘Women’s sport will continue to grow and grow, and I would like us to be early adopters.’

The UK TV viewing audience for the Women’s World Cup more than doubled from 5.1 million in 2011 to 12.4 million in 2015, and the figure is expected to double again when the 2019 tournament kicks off. This year’s Women’s FA Cup final attracted a record 45,000 fans to Wembley to watch Chelsea beat Arsenal in April. It’s the fourth consecutive year the record has been broken.

‘It’s possible that, one day, the commercial opportunities that women’s sport can offer will rival those of men’s’, Adrian says. ‘That’s an exciting prospect. Of course we like men’s sport, but we’re a family brand so we’re looking to reach a real family audience – men, women, girls and boys.’

In an age of online fads and diets, dairy health and nutrition is high on Adrian and Yeo Valley’s agenda.

Adrian believes that moving into women’s sport is an obvious way to make sure good-quality dairy remains an enjoyable part of young females’ diets.

Click here to find out why Yeo Valley Strawberry Yogurt is a MyGreenPod.com Hero

‘We want to promote the importance of dairy health to a younger generation’, Adrian explains, ‘and we would definitely like to see more girls and women living an active lifestyle and taking part in sport.’

The famous heart-shaped Yeo Valley logo will appear on the Vixens’ home and away shirts in the 2018/19 season as the young side battles it out in the Women’s Super League with the likes of Arsenal, Chelsea and Manchester City.

Fiercely proud of its West Country roots, there was one other deciding factor in Adrian and Yeo Valley’s decision to collaborate with Bristol City Women: ‘It’s our local team’, Adrian said, ‘and we’re extremely proud of them!’

Click here to find out more about how Yeo Valley family farm does things differently.