A taste of the unexpected 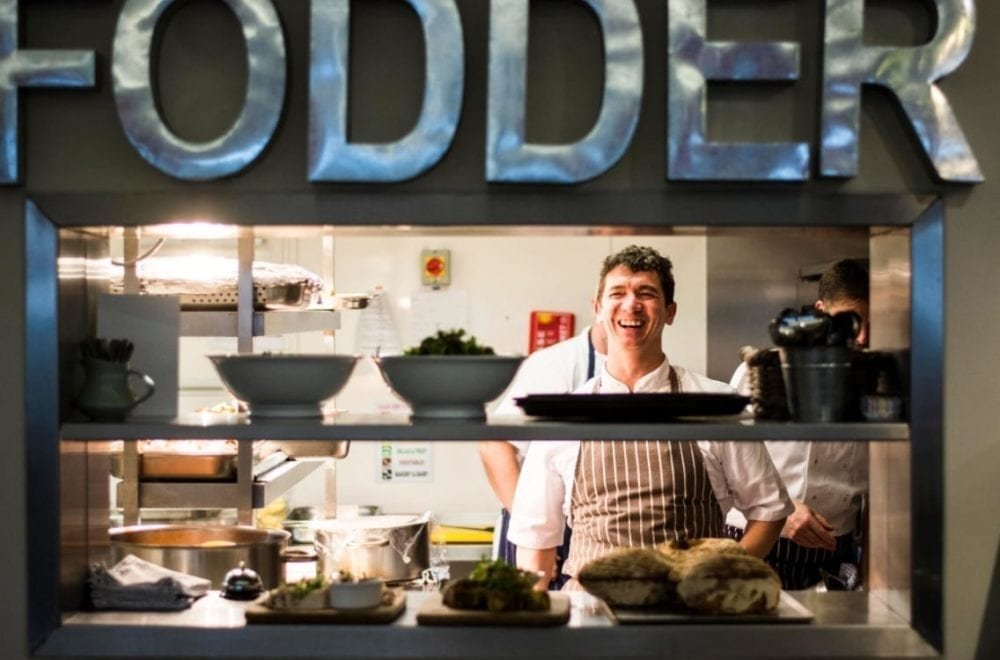 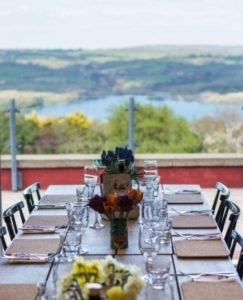 It’s the stuff of dreams to have Yeo Valley’s organic dairy on your doorstep – particularly if you’re a chef with a passion for organic produce. Paul Collins certainly fits the bill: he racked up 20 years’ experience in high-profile kitchens – including The Dorchester, Cliveden and Lucknam Park – before helping to launch Daylesford Organic, where he was executive head chef for seven years.

Paul’s talents haven’t gone unnoticed: he was a finalist on ITV’s Chef of the Year, has been named Rural Scottish Chef of the Year and was nominated for a Catey – the Oscars of the hospitality industry.

When Paul started hosting cookery demos in the tearoom at Yeo Valley’s organic garden, his culinary prowess was also spotted by Yeo Valley’s Sarah Mead. ‘In 2013 I moved up the hill to Yeo Valley HQ, where I joined the existing chefs to help standardise recipes and procedures in the staff canteen.’ By the time Paul had put his stamp on it, the canteen was producing delicious and imaginative seasonal dishes at incredibly reasonable prices: it was crying out for custom.

Sarah saw the potential; in 2015 the team decided to open the canteen to the public for weekday lunches. This isn’t the first time the Mead family, which has been farming in Somerset since the 1400s, has opened the doors of its family farm; a philosophy of openness at Yeo Yalley encourages everyone – from farmers to gardeners – to swing by, have a look round, enjoy a cup of tea (or an organic ice cream) and say hello.

Inviting the public to its staff canteen is just another way this ethical business is leading by example. ‘Who would’ve known that just two years later we’d be fully booked three months in advance?’, Paul asks. We’d have put money on it.

Click here to find out why Yeo Valley semi-skimmed milk is a MyGreenPod.com Hero

The restaurant – dubbed the best staff canteen in the world – has appeared on Channel 4’s Hidden Restaurants with Michel Roux Jr and been nominated for the Sustainable Restaurant Association (SRA)’s People’s Favourite Restaurant of the Year. It’s fair to say Sarah’s ‘leap of faith’, as Paul puts it, has paid off.

‘Don’t expect fine dining, stiff ness and starched tablecloths!’ Paul warns. ‘First and foremost this is a staff canteen.’ So what can visitors expect? It’ll come as no surprise that the kitchen uses Yeo Valley’s own meat and dairy produce, but a lesser-known jewel in the Yeo Valley crown is the six-acre organic garden right next to Holt Farm, the family home. ‘We collect our salad, herbs, tomatoes, spinach, chards and pea shoots from here and use them in our recipes up at HQ’, Paul tells us. ‘If there’s a good batch of veg one week, it’ll have pride of place on our menu!’

As a brand, Yeo Valley supports British farming, family business, high welfare standards and local, organic produce – and its values are reflected in the canteen. ‘On the bottom of each menu we list the suppliers that we use and how far they are from where you are sitting’, Paul tells us. More often than not you can walk out on the balcony of the canteen and, looking through the telescope, see their farms across the valley.

You’ll often find Paul chatting to the public about seasonal, locally grown organic produce – ‘the building blocks of good food’ – and stressing the importance of simple, honest dishes that maximise the potential of every ingredient.

Minimising waste and eating less, better quality food are two things Paul is extremely passionate about. ‘The staff certainly know when it’s asparagus season or when there’s a glut of courgettes!’, he laughs. Joking aside, Paul’s principles have a serious impact: Yeo Valley Canteen sends zero waste to landfill. ‘On Wednesdays we cook a roast and use every part of the animal, not just the prime cuts’, he tells us. ‘We boil down the carcass to make stock and use leftover meats the next day in a curry or a cold meat platter. I’m a big fan of off al and we’re not afraid to champion cuts that aren’t widely used.’

The approach has bagged Yeo Valley Canteen three gold stars from the SRA, which Paul acknowledges is ‘fantastic’. ‘We earned them because we believe cooking meals is an act of love’, he says, ‘and that by working with local, organic and seasonal ingredients we’re giving that little bit extra and cooking by example.’