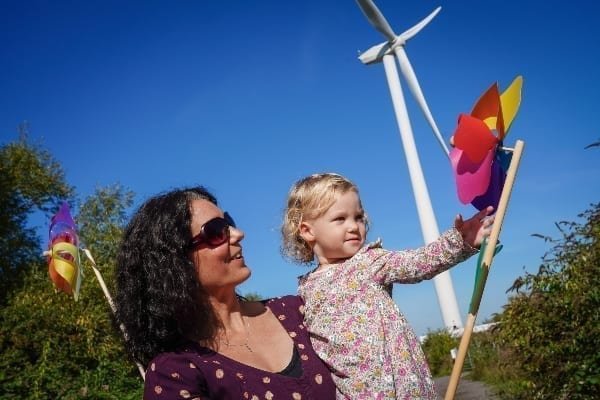 In October, the Carbon Brief announced that renewables had outpaced fossil fuels for the first time since the UK’s first public electricity generating station opened in 1882.

Its analysis revealed that UK windfarms, solar panels, biomass and hydro plants generated an estimated total of 29.5 terawatt-hours (TWh) in the third quarter of 2019 (July to September), compared with the 29.1TWh output of power stations fired by coal, oil and gas.

The findings confirm the National Grid’s prediction that zero-carbon sources of electricity – wind, nuclear, solar and hydro – would generate more electricity than fossil fuels during 2019.
The Carbon Brief called this ‘another symbolic milestone in the stunning transformation of the UK’s electricity system over the past decade.’

The world’s largest offshore windfarm, the 1,200MW Hornsea One project, was completed in October, adding to the more than 2,100MW of offshore capacity that started operating during 2018. At the same time the UK’s remaining coal plants are rapidly closing down; by March 2020 just four will remain in the UK.

‘Over the past 25 years, our pioneering investors have helped grow renewables from an alternative concept – accounting for less than 2% of our electricity mix – to the mainstream’, says Matthew Clayton, managing director of Thrive Renewables. ‘Today, over a third of UK electricity is generated by renewables. That is a significant achievement, but just the beginning of what we can do to clean up our energy system.’

Thrive has been there since the beginning, and continues to fund, build and operate renewable energy projects across the UK. It connects people to sustainable energy, offering accessible opportunities for individuals and businesses to invest in clean energy projects that deliver financial, environmental and social rewards.

The mission is to power the transition to a sustainable future by helping people to connect with clean renewable energy projects.

The UNFCCC (United Nations Framework Convention on Climate Change) has suggested we have only 11 years to turn the climate change super-tanker around; as we start to see the effects of climate change unfold, Thrive’s mission is as vital today as it was when it launched 25 years ago.

‘As the climate crisis unfolds and we start to see more and more visible effects of climate change across the planet, it becomes clear that the pioneering and values-driven investment approach of Thrive and its investors has never been more relevant’, Matthew added.

‘We’ll look back at the ‘fossil fuel age’ and be genuinely shocked at the way we as a species sleepwalked into the climate change crisis, and were so slow to react. The stone age didn’t end because we ran out of stones, and, similarly, the fossil fuel age will not end as a result of peak oil; it will end because we’ve used our ingenuity to find a better way of doing things.’

In October Thrive Renewables marked its 25th anniversary with a special report that highlights the important roles of impact investment and community energy projects in meeting the UK’s 2050 net zero carbon target and creating a smarter, greener and more connected energy future.

Thrive is about to hit a milestone of 1.6 TWh of renewable electricity generated over the last 25 years, reducing UK CO2 emissions by over 660,000 tonnes and meeting the equivalent annual energy demand of one million UK residents.

The company has built or funded 22 renewable energy projects over the last quarter of a century, the majority of which it owns and operates. It has raised £35m in equity and £13m in bonds, and has over 6,100 investors.

In October over 500 members of the public attended anniversary open days at Thrive’s Avonmouth wind farm in Bristol, where they were given lots of opportunities to connect with renewable energy.

Visitors were invited to look inside a real wind turbine, ask questions and find out how a turbine works, and the Centre for Sustainable Energy provided inspiration and advice on home energy efficiency.

Bristol Open Doors led a kids’ engineering workshop and The Landmark Practice gave an insight into the ecological aspects of developing and running a wind farm. ExplorerDome brought its interactive renewable energy show in a blow-up planetarium, which was a hit with everyone.

The local primary school visited the site and took part in an arts workshop; with help from Art and Energy, an organisation that uses creativity to change the way people view green technology, the children produced their very own windmills to take home, plus two pieces of communal art that were displayed at the public open day.

If trends continue, the next generation will carry the torch lit by pioneers like Thrive Renewables 25 years ago; armed with information and inspiration, they will be guardians of an energy system that has been transformed by engaged communities and individuals who are determined to change the future.