A year on from Blue Planet II…

What’s changed in our approach to ocean conservation? The World Ocean Initiative asks the opinion of Dame Ellen MacArthur, Lewis Pugh and others 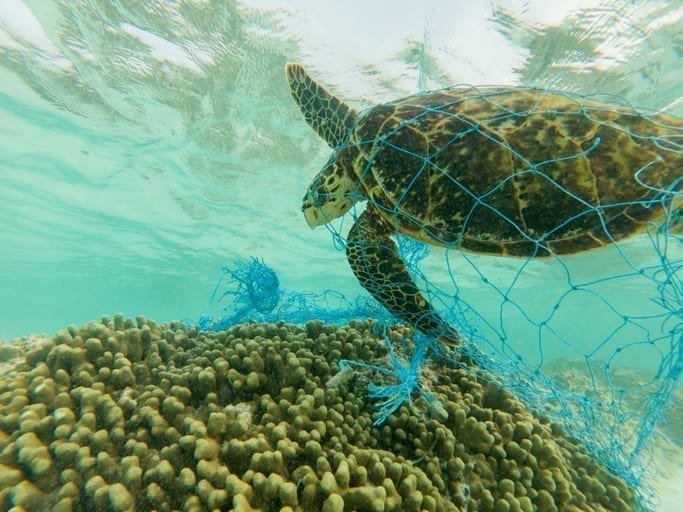 This week (10 December) marks a year since UK and global audiences were moved by the plight of mammals in our oceans, caused by plastic pollution. Sir David Attenborough issued a call to action asking that our relationship with plastic change and reminding us of the value of the ocean to economies, ecosystems and communities.

The call to action, around plastics in particular, has been firmly heard and announcements are almost ubiquitous. The last year has seen many companies, multilateral organisations, NGOs, civil society organisations and individuals announce commitments, targets and personal crusades to tackle the plastics problem, encourage more responsible recycling and generally support the sustainable development of the ocean.

We’ve seen everything from straw bans and blue bonds to the Commonwealth Blue Charter, but what has been the impact?

RESPONDING TO A CALL TO ACTION

The Economist Group’s World Ocean Initiative (WOI), in its capacity as a convener of discussions between governments, business and civil society on the greatest challenges facing the seas, has gathered the thoughts of those who have responded to last year’s call to action. Here are some of the highlights.

THE CIRCULAR ECONOMY IS HERE

An area of key interest has been how to stop plastics going into oceans in the first place, highlighting the concept of the circular economy and the infrastructure behind recycling. ‘Businesses and governments around the world are increasingly recognising the need to tackle the root causes of plastic pollution, not just the symptoms’, said Dame Ellen MacArthur, founder and chair of trustees at the Ellen MacArthur Foundation. ‘In October we saw more than 250 organisations, representing over 20% of the plastic packaging market, sign up to the New Plastics Economy Global Commitment and its circular economy vision, in which we eliminate the plastic we don’t need and innovate so all plastic we do need stays in the economy and out of the ocean.’

IT’S NOT JUST ABOUT SINGLE-USE PLASTICS
This year, the issue of ‘ghost gear’ – fishing gear that has been abandoned, lost or otherwise discarded, and is the most harmful form of marine debris – has also gained profile.

‘To date, the issue of ocean plastics has traditionally been dominated by conversations surrounding single-use plastics, like straws and water bottles. But recently, new research has also amplified the far-reaching ghost gear problem, with estimates that ghost gear makes up as much as 46-70% of all macro plastics in the oceans by weight’, said Ingrid Giskes, global head of sea change campaign at World Animal Protection and Chair of the Global Ghost Gear Initiative. ‘Over the last year, the Global Ghost Gear Initiative has seen an enormous influx of members wanting to become part of the alliance; more desire than ever from governments and corporates to invest in scaling up and replicating solutions and United Nations bodies wanting to support training and awareness raising to prevent more gear from being lost.’

EVERYONE FROM CONSUMERS TO LARGE CORPORATES IS ENGAGED

‘We’re reshaping how we shop, cook and eat as we become increasingly mindful of the effect on the planet’, said Tor Harris, head of CSR, health & agriculture at Waitrose & Partners. ‘Our research in this year’s Food & Drink Report has shown that nearly nine in 10 people (88%) who saw that episode of BBC’s Blue Planet II about the effect of plastics on our oceans have changed their behaviour since. 60% of us now choose a refillable water bottle and coffee cup more than we did, and Waitrose has seen an 800% increase in questions about plastics from customers. This is why we’ve recently brought forward our target to make all our own-brand packaging widely recycled, reusable or home compostable from 2025 to 2023. We know there is still more to do, but we are making progress and are determined to maintain our momentum.’

IS ‘BLUE FINANCE’ COMING OF AGE?

‘2018 certainly seems to have been a year when the tipping point for ocean innovation and importantly, responsible investment, has been reached’, said David Barley, investment director at Mirova Natural Capital. ‘In June of this year we held a first close for our Sustainable Ocean Fund that provides investor access to a blended portfolio of ocean projects, ranging from sustainable fishing to plastics waste management, whilst offering an attractive financial return. Investment dollars are now flowing and people are paying attention.’

This is a global issue that requires global cooperation

‘In many Commonwealth countries – and more widely, BBC’s Blue Planet II helped raise awareness of the detrimental impact being made by human activity on the ocean and how this affects the livelihoods, welfare and sustainability of many communities’, said Patricia Scotland, secretary-general of The Commonwealth. ‘We share the ocean and we all rely on it, so in working towards a common future we must act now to restore its balance and use its bounty sustainably. In April of this year, at the Commonwealth Heads of Government Meeting, leaders of all 53 Commonwealth countries unanimously adopted the Commonwealth Blue Charter. Through it, they each committed to principled, cooperative action to redress the threats facing ocean ecosystems and coastal communities.’

The conclusion being drawn by the ocean community including businesses, NGOs and multilateral organisations is that the year has certainly seen increased awareness and engagement.

The next stage, however, is how this is translated into action. ‘There’s has been huge amount of awareness on the impact of plastic pollution’, said ocean advocate Lewis Pugh. ‘But it’s now a race against time to halt the catastrophe. I am still not seeing the necessary action being taken. There is too much talk and not enough rolling up of sleeves.’

‘The ‘One Year On’ campaign marks the end of a year of concerted effort to address some of the biggest global challenges facing the ocean’, said Klaas de Vos, deputy director of the World Ocean Initiative. ‘From private sector plans to public sector commitment, 2018 has been a year of real change – at the heart of which has been the World Ocean Summit and the unique role of The Economist Group in shining a light on our most complex challenges. Looking ahead, the campaign helps set us up for a year of action and renewed effort to stick to a 1.5 degree limit, address plastic waste, curb overfishing and develop a thriving and vital sustainable ocean economy.’

The World Ocean Summit, to be held in Abu Dhabi in March 2019, will provide a forum for discussion of these issues and decisions to be made on the actions to be taken and their future impacts.

Click here to find out what Surfers Agains Sewage is doing to create Plastic Free Communities.