An ‘eBay for energy’ Imagine contacting renewable energy generators directly to find the power you want for the price you’re happy to pay – with no hidden charges and no obscene profits siphoned off by a middle man.

Piclo – the brainchild of Open Utility and supported by Good Energy – is the UK’s first online marketplace for buying and selling renewable electricity. The service should help to create a more transparent energy market and give businesses and consumers greater control over what – and who – they pay for their power. 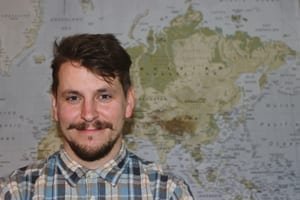 ‘Let’s say you’re a hotel in Brighton’, explains Will Vooght, head of Good Energy’s Product Innovation department. ‘You could use this marketplace to buy the excess solar power from a Brighton school – or, if you’re a small business owner in Cornwall, you can choose to buy your power from the local community-owned turbine. It’s about giving people a choice about where they buy their electricity, which renewable source they desire and also the price. It’s kind of like buying from a local farmers’ market, rather than one of the giant supermarkets.’

Gone are the distant, impersonal and disengaged purchasing transactions most of us have grown used to; instead, people and businesses can be part of a wider community and reclaim their power to choose – putting the decision back into the hands of the individual.

‘Good Energy is a progressive company’, Will told PQ. ‘We’re into new tech. We’re known for innovation, fresh ideas and challenging the old ways of thinking. My team’s always on the lookout for exciting new ways to disrupt the conventional energy system.’

Good Energy will act as utility partner for the scheme; the 100% renewable electricity supplier will help with billing and will make sure that Piclo meets all regulatory requirements. For Open Utility, a customer-centric technology startup from the heart of London’s Tech City, Piclo is part of a wider mission to promote renewable energy and transparency in the market.

‘We are looking for organisations that consider themselves ‘innovators’ and want to trial the next big thing in sustainability’, says James Johnston, CEO at Open Utility. ‘These could be, for example, commercial enterprises in which sustainability is not just ‘green bling’, but a core principle in their brand and operations. It could be public organisations that have a mandate to support the local economy in their purchasing decisions. We are also looking for renewable generators who are tired of selling their power to wholesalers and want to market their brand directly to commercial consumers.’

Lessons from the internet

Before setting up Open Utility, James Johnston spent three years researching the future of power systems. One of the most inspiring talks he came across was by Bob Metcalfe, the inventor of the Ethernet. The talk – called ‘The Enernet’ – was about how we should take lessons from the internet and apply them to the energy industry.

James saw many parallels between the internet – a decentralised and open-access communications protocol – and this new world of distributed and democratic renewable generation.

James noticed that the energy industry needed a new business model that was suited to supporting the growth of distributed renewable generation, rather than conserving the status quo of centralised fossil fuel generation. James teamed up with Andy Kilner and Alice Tyler and, in early 2013, Open Utility was born.

For James, peer-to-peer could be the de facto way energy is bought and sold in the future. ‘We have a vision where, through increased energy efficiency and distributed generation, every building could in effect become a virtual power station’, he told PQ.

The project is backed by The Energy Entrepreneurs Fund scheme, which is run
by The Department of Energy and Climate Change (DECC). Match funding has been provided by Nominet Trust, the UK’s leading Tech for Good funder. A UK registered charity, Nominet Trust brings together, invests in and supports people committed to using digital technology to create social and economic value.

Open Utility and Good Energy are currently recruiting commercial consumers and renewable generators to be the first to try out Piclo. If you’re interested in joining the trial, contact [email protected].