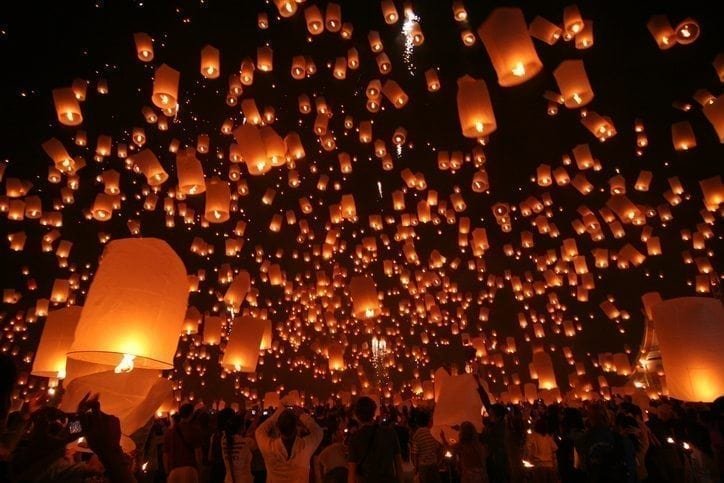 The Marine Conservation Society (MCS) is asking the public to support a ban on balloon releases in their local area after volunteers found an increase of over 50% in the amount of balloon litter on UK beaches between 2015 and 2016.

On beaches and in the sea, balloons, strings, lanterns and frames can have long-lasting effects both as choking and entanglement hazards.

During the MCS Great British Beach Clean event last September, volunteer beach cleaners found an astonishing rise in the amount of balloon related litter on UK beaches – a 53.5% increase on 2015.

The charity says it’s taking its ‘Don’t Let Go’ campaign to a local level to persuade more councils to ban the release of both balloons and sky lanterns on their land. It wants to see all intentional balloon releases stopped.

Currently over 50 UK local authorities have agreed to implement a ban on balloon and lantern releases on their land.

‘There’s an awful lot of confusion over balloons, especially what they’re made of and how they break down. Some people believe that because latex is natural, balloons made of it are harmless once let go. This just isn’t the case. Latex may last for up to four years in the marine environment. The latest research also shows that only around 13% of balloons burst into small pieces whilst more than 80% come down intact. This could explain the rise in balloon litter levels we have seen on beaches, which will have a great impact on wildlife.’

The Marine Conservation Society is urging people to sign up to their online pledge page and help the charity create an interactive map to show support for bans around the UK.

Among the 50 councils who have agreed on a voluntary ban on balloon and lantern releases on their land are Durham City, Cornwall County, Worcestershire, Oxford city and Northumberland in England, Cardiff, Gwynedd and Monmouthshire in Wales and Aberdeen city, Angus, Shetland and Perth and Kinross in Scotland.

Click here to pledge your support for a local ban on balloon and lantern releases in your council area.

Balloons are made of either latex (rubber) or foil (also known as mylar).
Latex balloons, whilst biodegradable, may still persist in the marine environment for up to four years.

There are already bans on balloon releases in place in New South Wales and Queensland in Australia and Florida, Virginia, Connecticut, Tennessee, Texas and California in the US.

Helium, the gas used to fill balloons to make them go up, is running out – even more reason to conserve what stocks we have left and not waste it on a few seconds of enjoyment.

The metal sky lantern frame is dangerous to wildlife and poses an entanglement threat.

In 2010 it was reported that a Cheshire farmer lost one of his pedigree cattle worth £1,000 after it died from eating the wire frame from a lantern.

Lanterns also pose a fire hazard to crops in summer months and in 2013 £6m of damage was caused at a recycling plant in Smethwick, Birmingham after a lantern landed and sparked a blaze.

It’s illegal to launch a sky lantern in most parts of Germany, Malta, Vietnam and most recently Spain, and in Austria it’s illegal to produce, sell, import, or to distribute them.

A permanent ban on sky lanterns that ‘rely on an open flame to heat the air inside the lantern’ was introduced in Australia on 01 February 2011.

Click here to pledge your support for a local ban on balloon and lantern releases in your council area.