Mark Millar, CEO of Puredrive Energy, on why energy cost hikes are creating ‘a wave of energy-independent thinkers’ 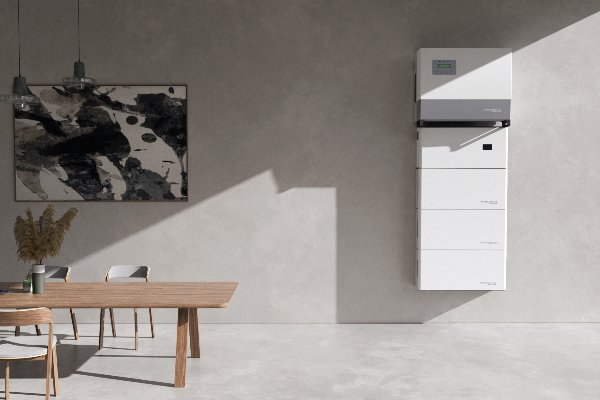 In just over a year we have seen extraordinary energy price increases, but also significant variability.

The costs are passed on to homeowners directly and also indirectly, through higher prices for other goods and services.

As a UK-based manufacturing company that designs and manufactures home battery systems, we have recently noticed a swing in people’s attitudes towards the energy they use in their homes.

Homeowners increasingly want to take control of their energy, desiring more independence from the grid and what seems to be an increasing volatile world – from political, economic and security perspectives.

The price energy suppliers pay for wholesale energy can account for up to 40% of a customer’s overall bill, making it the largest component of an energy bill. Wholesale prices can also vary significantly compared with other charges.

To understand why the energy industry is currently experiencing such a rapid evolution, we need to look at the various factors that affect energy prices – from the long-term issues to other short-term crises.

A fire under the sea

The IFA (Interconnexion France-Angleterre) interconnector carries 2GW of electricity between France and Great Britain using a sub-sea cable connected from Folkestone, UK to Sangatte, France. To put this in perspective, that’s the equivalent output of 6.25 million photovoltaic (PV) panels on a sunny day.

In 2021 a fire broke out at an interconnector, forcing a complete evacuation of the site. This resulted in 1,000MW (1 gigawatt) being rendered unavailable until March 2022 – and a further 1,000MW until 25 September – causing energy prices to soar sky high. It has been reported that the IFA won’t be fully operational until 2023.

Many analysts predicted that the loss of 2GW of power from Britain’s grid would spark a further rise in energy prices. At its peak, the day-ahead market for the N2EX exchange daily price was £424.61 – almost four times the price of the average of £106.83 in August 2021.

Recent events in Ukraine have now driven energy prices to their highest ever level. Russia is the world’s largest global oil exporter, and its natural gas reserves fuel the European economy.

It’s a well-known fact that global warming is in part due to the continued depletion and emissions of non-renewable energy sources. Naturally, prices will continue to increase as supply dwindles.

In the past, rises in energy prices have spurred governments within the EU to invest more in green energy, providing future security and stability for the economy and consumers.

The general public has embraced this change towards a greener future but, while the UK government is actively implementing policies to combat rising costs, more needs to be done to support the transition.

There is a lot of greenwashing in this industry, meaning we urgently need legislation to support the customers who are searching for new ways to take green energy into their own hands.

The impact for customers

With all of these factors coming into play, it’s the customers who must deal with the consequences. Increasing energy costs are contributing towards uncertainty and insecurity nationwide.

The rise of energy bills puts the most vulnerable at risk. Fuel poverty rates are going up because households with the lowest income are spending a disproportionate amount of their income on their bill.

18 million households will experience an increase of £693 per year (from 01 April); this is an unmanageable change for many.

On 31 March, Octopus Energy received 40,000 calls per hour from worried customers who were desperately trying to submit their meter readings before the price hike.

A key part of Puredrive’s mission is to tackle this issue head on. We work closely with social housing groups and utilities to deploy smart energy solutions into homes and reduce their
reliance on energy from the grid.

These issues are not going away – in fact, they are being further compounded by the electrification of the planet. With mandated legislation surrounding electric vehicles (EVs) and newly built homes, the demand for electricity will skyrocket. By 2030, all new cars in the UK will be electric and by 2025 all new homes will be banned from installing gas and oil boilers.

Battery storage solutions allow people to take control of their own electricity, and support the growing section of the population looking to cut ties with the grid and rising energy costs.

The installation of solar panels can reduce a house’s energy use by 30%; adding a battery system can slash usage by 85%. When solar panels are generating at their peak, a household’s energy consumption is near its lowest, resulting in a lot of wasted energy.

Battery storage solutions allow you to store excess energy throughout the day and use it when it’s needed the most. Just imagine weeks or even months in the summertime with small (or no) energy bills.

At Puredrive we are reinvigorated the renewable energy sector, bringing ex-solar installers back into business with a more attractive and effective solution. The evolution of battery storage has made solar sexy again.

Now that energy bills have doubled, the payback period for solar and battery has halved for many.

It’s no wonder that most people with electrical qualifications are interested in becoming renewable energy installers. We are currently training 20 installation companies per week and embracing those wishing to foster this change with open arms.

We are currently working with Gloucestershire College to develop apprenticeship schemes and even a renewable energy course offering. It truly is a revolution.

Puredrive is one of the only renewable energy companies to manufacture products in the UK. We are constantly developing our in-house manufacturing capabilities and have a number of UK manufactured products in the pipeline, such as an EV charger, sodium battery and a hub to ensure all products are seamlessly integrated.

We recently moved to premises six times the size to support the growth of the company and industry, and are on a mission to catapult UK innovation in renewables so we can reduce our dependence on energy from other countries.