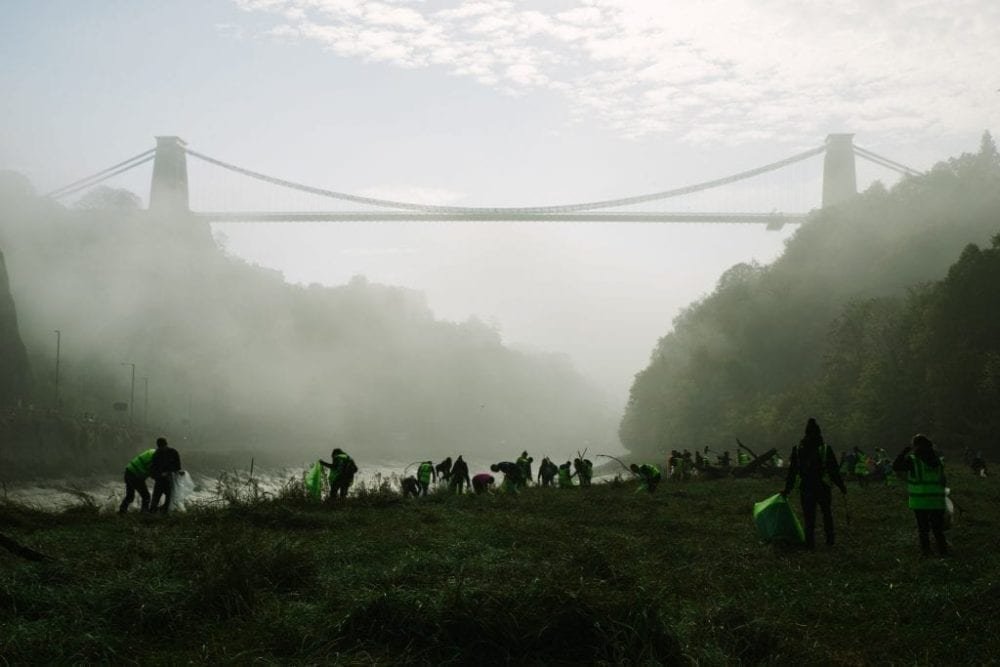 21,000 volunteers clear 36 tonnes of plastic pollution from beaches and rivers in UK’s biggest ever autumn plastic clean up

As the weather changed, the nights began to draw in and the summers warmth became a distant memory, Surfers Against Sewage (SAS)’s intrepid army of volunteers descended on the beaches and waterways across the UK for the biggest Autumn Beach and River Clean in the charity’s history.

This mass community mobilisation was in answer to the call issued by SAS in light of the plastic pollution found on our shorelines, made worse by recent storms.

Ben Hewitt, SAS’s director of campaigns and projects, said the surge in awareness around plastic pollution meant SAS was able to call on communities across the UK. He said SAS was ‘absolutely blown away’ by the response.

This year’s Autumn Beach and River Clean saw 100 more cleans than the 2017 event – 26% over the previous record.

More than 27,600 single-use drinks containers of all different sizes were monitored and recycled during the clean, collecting invaluable data for Surfers Against Sewage to share with the government in a consultation on a new Deposit Return Scheme for all plastic drinks bottles.

Over 21,200 volunteers of all ages took part in cleans at over 487 beaches, river banks and lakes across the UK to remove a staggering 35.9 tonnes of marine plastic pollution – the equivalent of 8,991 full bin bags.

‘We can make sure we don’t choke our streets, parks and playgrounds with plastic pollution. Because if it’s on our street today, then it’s in our rivers tomorrow, and our beaches and oceans forever. We can make sure each of us understands that we can change this, whoever we are and wherever we live. But we can only do all of this together.

‘We’re part of a community network across the UK that’s tackling single-use plastic from the beach, all the way back to the brands and businesses who create it.’

Communities from the length and breadth of the UK took part in the cleans, from Balnakiel, Durness to L’etacq, Jersey – from Great Yarmouth, East Anglia to Portrush, Northern Ireland. The most remote clean took place in Nort Uist, Outer Hebrides. There were also 33 urban cleans and international cleans in Morocco and Portugal.