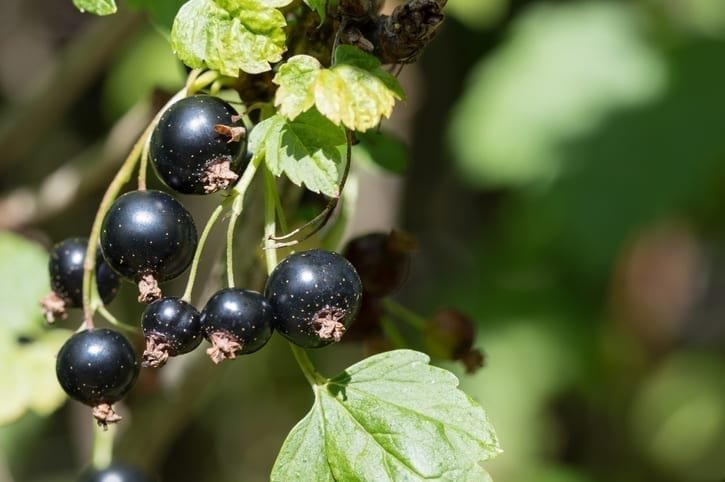 Warmer winters may not provide sufficient chilling for blackcurrants in the UK, delaying the start of the growing season and resulting in reduced yields and lower fruit quality, researchers have found.

Like many fruit crops and woody plants, blackcurrants require a period of chilling before they start to grow in spring. This reduces the risk of frost damage to new buds and ensures that buds burst rapidly in the spring and flower together, when pollinators are abundant.

Speaking at the British Ecological Society’s annual meeting in Birmingham, a research group based at the James Hutton Institute highlighted that milder winters may cause blackcurrant crops to flower later in the year, produce fewer fruit and, over repeated years, have a reduced plant lifespan.

‘Blackcurrants have particularly high chill requirements and so are already seeing the effects of milder winters’, said Dr Katharine Preedy from Biomathematics and Statistics Scotland.

A key crop worth about £10m a year to the UK economy, blackcurrants are primarily processed as an ingredient and juice for major brands like Ribena – a brand valued at £140m.

Understanding how different blackcurrant varieties may respond to climate change is critical to farmers. About 35% of the crop currently grown is known to require 1,800 hours of chilling below 7°C. But some varieties need far lower temperatures – and others can tolerate warmer temperatures as long as the chilling lasts longer.

Many farmers coordinate processing with apple producers in shared facilities; a delayed blackcurrant season may force them to harvest unripe fruit of poorer quality – or they might miss the chance to process the fruit at all.

‘Blackcurrants are like the canary in the mine. If we can understand what they need in a changing climate, we can apply our knowledge to similar crops like blueberries, cherries, apples and plums’, Preedy added.

To explore the relationship between chilling period and bud opening, the ecologists carried out controlled temperature experiments (at temperatures ranging from -4 to +8°C for up to 150 days) on 20 different blackcurrant varieties.

The findings were then compared with blackcurrant cuttings sent in from farmers across the UK and temperature data obtained from local met office stations.

The researchers found that each blackcurrant variety preferred different levels of chilling. In addition, some were able to compensate for warmer winter temperatures if they were chilled for long enough, while for other more sensitive varieties, longer chilling periods did not compensate for being less cold, causing erratic bud break.

The differences lie in the genetics, as some varieties have evolved in different climatic regions or are the result of selective breeding over the years.

‘If we can understand this, farmers can carefully select varieties based on the climate and conditions in which they are going to be planted, and breeders can develop varieties that are more resilient to both warmer winters or periods of extreme cold’, said study collaborator Professor Hamlyn Jones from the University of Dundee.

Currently, 12 varieties of blackcurrant are widely grown in the UK and Ribena invests in the British Blackcurrant Breeding Programme coordinated by the James Hutton Institute.

While previous varieties were produced with tougher skins to increase shelf life, this research demonstrates the potential to develop varieties that can cope better with a changing climate.

‘In the future, we hope to identify genetic markers associated with the ability to withstand variable winters, so we can rapidly breed new varieties of blackcurrants’, concluded Preedy.

Click here for more about the 123 pesticides found in school fruit and veg.