BlackRock and the Amazon 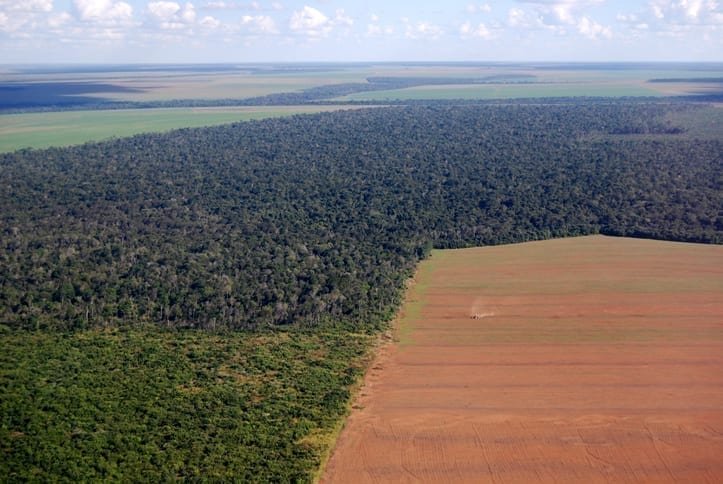 As the Amazon burns, BlackRock named as world’s largest investor in deforestation

As fires rage across the Amazon, a report released on Friday (30 August) reveals that BlackRock, the world’s largest institutional investor with $6.5 trillion in assets, is deeply invested in the sectors most responsible for tropical forest destruction in the Amazon and around the world.

The data also reveal that BlackRock’s holdings in these sectors has increased by more than half a billion dollars since 2014.

‘The data is clear: from the Amazon to the great forests of Africa and Southeast Asia, BlackRock is a global leader in financing forest destruction.

‘As long as this financial behemoth continues to unconditionally back the world’s most destructive agribusiness companies, the forests of the world, and consequently the climate and the rights of forest-dwelling people, will continue to go up in flames. BlackRock is literally reaping profits as the world’s jungles burn.’

The report also shows that the vast majority of BlackRock’s deforestation-linked commodity holdings are made through index funds – passively managed funds that track the global marketplace.

‘BlackRock claims that its hands are tied by index funds. It is wrong. BlackRock can follow the lead of other global asset managers and make change for the good of the rainforest, the climate, and of its customers by shifting investments out of companies wrecking the planet, and applying maximum pressure to change company behaviour.

‘The fires currently raging in the Amazon clearly demonstrate the risk that agribusiness expansion poses for the Amazon rainforest, indigenous peoples and the global climate. By expanding investments in the very industries complicit in that destruction, BlackRock is emboldening right-wing President Jair Bolsonaro to continue his quest to raze the Amazon for profit-making’

Earlier this month the Intergovernmental Panel on Climate Change (IPCC) reported that deforestation and destructive land use practices are responsible for nearly a quarter of greenhouse gas emissions.

Some global investors like the Norwegian Government Pension Fund have blacklisted many of the companies in BlackRock’s portfolios and urged others to address the Amazon fires. Leading pension funds like CalPERS have also recognised deforestation as a material investment risk.

Rather than taking action to address the risks of catastrophic climate change, BlackRock’s investments in deforestation have been on the rise, the new report reveals.

This is despite public statements by BlackRock founder CEO Larry Fink that companies need to have a ‘social purpose’.

In 2018, Larry Fink said that society is ‘demanding that companies, both public and private, serve a social purpose. To prosper over time, every company must not only deliver financial performance, but also show how it makes a positive contribution to society.’

‘Companies must benefit all of their stakeholders’, Fink continued, ‘including shareholders, employees, customers, and the communities in which they operate. Without a sense of purpose, no company, either public or private, can achieve its full potential. It will ultimately lose the license to operate from key stakeholders.’

‘Responsible stewardship is about more than just nice public statements. It is about aligning your investment strategy with broadly accepted environmental and social standards. It is about implementing this strategy by making demands of the companies you are invested in. And it is about using your significant leverage to ensure that your demands are met and irreversible environmental and social damage is prevented, in addition to fulfilling your fiduciary duty.’

As shown by this report and by previously published data, BlackRock’s own Environmental, Social and Governance funds contain dozens of companies implicated in forest destruction and displacement of Indigenous Peoples worldwide.

BlackRock has also come under fire for its disproportionately large holdings in coal, oil and gas at a time when the finance sector is facing growing climate risk.

Analysis released earlier this month from the Institute for Energy Economics and Financial Analysis showed that BlackRock lost $90 billion through its fossil fuel investments over the past decade.

‘Agribusiness is second only to fossil fuels in driving the extinction crisis and the climate crisis’, said Friends of the Earth’s Jeff Conant. ‘BlackRock: the world is waiting to see if you have a social purpose other than driving planetary destruction.’

Click here to read our article about conscious consumerism and the companies driving it.