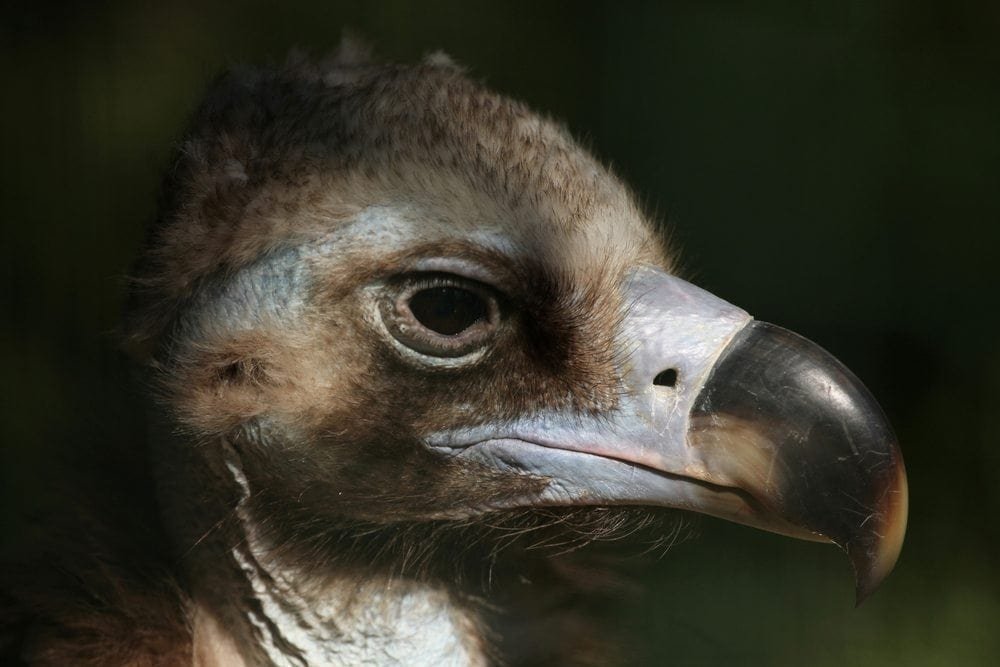 A major step for the future of vultures in Asia was announced by the Indian Ministry of Health when a ban of multi-dose vials of human formulations of diclofenac, which is responsible for the death of tens of millions of Asia’s vultures, came into force with immediate effect.

Plastic in 60% of seabird species – by 2050, 99% of seabirds are expected to have plastic in their stomachs

The painkiller was banned from veterinary use in India in 2006 because of its lethal effects on vultures that feed on the carcasses of treated cattle and buffaloes, but human formulations of the drug have been illegally used to treat animals since then.

The ban means diclofenac production is now restricted to human formulations in a single 3ml dose.

‘Despite diclofenac being illegal for veterinary use since 2006, human formulations have been made readily available in large vials by irresponsible drug companies, making it cheap and easy to use illegally to treat cattle and buffalo.

‘This ban means that the large vials can no longer be manufactured and sold, making it more difficult to use illegally for animals and thereby removing it from the primary source of food for Asia’s vultures. This is a huge step closer to bringing vultures back from the brink of extinction.’

Oriental white-backed vultures declined by more than 99.9% between 1992 and 2007, with the loss of tens of millions of individuals.

After years of campaigning by conservationists, the governments of Bangladesh, India, Nepal and Pakistan banned veterinary formulations of diclofenac between 2006 and 2010.

Recently, experts have recorded a slowing of Gyps vulture declines as a result of the bans. However, human formulations of diclofenac are still widely available and illegally used to treat livestock, the carcasses of which are the main food source for vultures in South Asia.

The RSPB is a member of SAVE (Saving Asia’s Vultures from Extinction), which is a consortium of international organisations created to oversee and co-ordinate conservation, campaigning and fundraising activities to help the plight of South Asia’s vultures.

Since it was created, SAVE has requested pharmaceutical companies to cease production of the large vials of human formulations of diclofenac which, at 30ml, are 10 times the size of the dose required to treat a human (3ml).

Only three companies voluntarily ceased manufacture ahead of this regulation, while more than 70 in India ignored the requests. Health professionals do not think that the banning of large vials poses any significant threat for the legitimate use of diclofenac in treating humans.

Meloxicam is becoming more widely used now that the cost to manufacture it has been reduced by lifting its patent in South Asia. However, other drugs known to be toxic or with unknown effects remain legal and are still being used.

‘Probably the most important step in vulture conservation since diclofenac’s ban for veterinary use in 2006, this latest announcement shows how much progress has been made. But there is still a job to do to make sure that safe alternative drugs are used.

Vibhu Prakash, a scientist from the Bombay Natural History Society

Closer to home, an Italian company was, incredibly, given the green light to produce diclofenac for the Italian and Spanish veterinary markets, eight years after India’s first ban on the drug.

Vultures inhabit both countries and feed on livestock carcasses, some of which will be treated with diclofenac. Vulture conservationists fear that this will cause declines in Europe’s vultures similar to that seen in South Asia.

However, these fears have not been taken seriously by the European Medicines Agency who did not advise a European Union-wide ban on diclofenac.

‘Again the government of India has made a strong decision to protect its vultures. Something that Europe has failed to do. It is truly shameful.’

SAVE is working to stop veterinary use of diclofenac by advocating vulture conservation to governments and raising awareness of alternative drugs that are just as effective in treating cattle to veterinarians and livestock owners.

While these issues are being tackled in situ, SAVE has established captive breeding populations of vultures at centres in India, Nepal and Pakistan.

The birds will be released to supplement surviving wild populations, but only when it is safe to do so.

Click here to find out more about SAVE and the work being done to save Asia’s vultures from extinction.