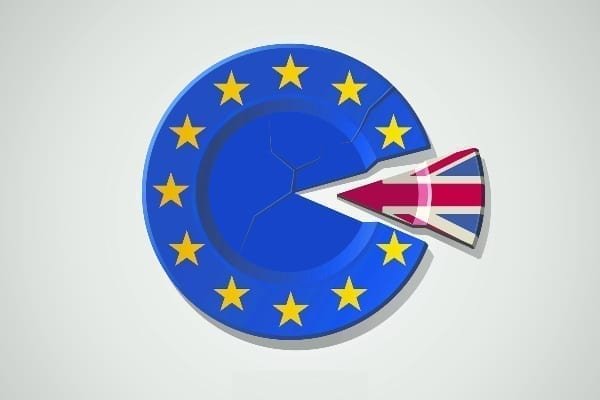 The Culinary Caveman explores how we can regulate the vast network of chemicals that fill our fields, tables and bathroom cabinets

Will there be any changes to food safety, agricultural chemicals or pharmaceuticals if we leave the EU? The stark truth is this: so far not enough has been done to guarantee public safety anyway. According to a Global Burden of Disease study, the food we eat is now responsible for 20% of deaths in the west, where processed, denatured food dominates. Over 80% of the average diet’s calorific content comes from rice, processed white sugar, wheat, cooking oil and corn.

Current UK and EU measures have done very little to abate the alarming year-on-year rise in the diseases of civilisation (such as cancers, heart disease, iatrogenics, obesity, diabetes, dementia and depression), so there’s little hope of improvement without significant changes.

Monsanto and the USA

We could adopt the USA’s codes of business ethics and practices – though this would set us back over a century in terms of the regulation and control of global corporations, who are, irrespective of the political party in power, always calling the shots.

The biggest concern in the coming years will be the consequences of spraying the deadliest chemicals ever invented by mankind onto our food, with constant cover-ups of any negative scientific results that would affect sales.
The USA could lead the way with its current Monsanto court cases, during which glyphosate has been blamed for causing cancers. Having already lost the first two trials, and with another 620 plaintiffs ready to go to court and a further 4,000 thereafter, the tide could be turning. It needs to.

In America, following risk-based assessments of active substances in agricultural chemicals, 1,430 substances are considered safe for use on food, compared with 486 In Europe. This means the USA is using 1,000 substances deemed unsafe in Europe! Probably best not to stick with them then, is it?

Is Europe the answer?

A lot of hard work has been done to prepare a new Common Agricultural Policy (CAP) for Europe, though an individual plan for the UK will need to be drawn up if we leave. However, as a herbalist I see two regulations, both carrying a hefty €75,000 fine, that show the EU is also worryingly dominated by the same corporations.

In France there is a centuries-old regime of using a green fertiliser called purin d’ortie. Farmers cut down nettles, soak them in water and then spray the solution on fields as an effective fertiliser and insect repellent (a far nicer word than pesticide). It’s an art, with different strengths for different purposes, but the EU made it illegal following pressure from lobbyists representing the £100bn per year fertiliser and £60bn per year pesticide industries.

The other alarming regulation is the result of intense pharmaceutical lobbying; Directive 2004/24/EC states that any countries wishing to join the EU, such as Croatia, must relinquish all traditional knowledge and practices involving wild plants! This is a clear attempt to wipe out the inherited cultural knowledge still possessed by many from Eastern Europe about foraging and traditional and effective herbal treatments and remedies.

This is incredible. Most drugs originally came from plants, but with cancer drugs worth over £150bn a year, pharmaceutical giants are hardly going to start shouting about the incredible scientific results coming out of Iran, China and Taiwan, which show dandelion root extract is effective against all major human cancer cell lines. It would be too bad for business – akin to Coca-Cola saying its products cause obesity and cancer.

Another option would be to go it alone – expecting divided political parties to unify into a singular entity devoted to the safety of its citizens.

Unfortunately, all we actually have is a minuscule band of devoted and selfless individuals determined to educate the public about the dangers we face in our modern age.

PAN (Pesticide Action Network) is the UK’s only independent watchdog on agricultural pollutants, and does a brilliant job on almost no funding. It has successfully made councils in East Sussex stop using the deadly glyphosate pesticide in public spaces. No such measure will be forthcoming from Whitehall, where progress is stalled for the sake of maintaining the economic status quo.

Our agricultural chemicals now come with a new agenda: they are part of your PPP (Plant Protection Policy), and carry brand names such as Clarity, Distinct, Dragon, Entrust, Finesse, Guardsman, Halo, Harmony, Justice, Liberty, Outlook, Powerforce, Resolve, Safer and Uppercut. With names like these, the average farmer can only think they are beneficial.

The EU has recently banned chlorothalonil – Britain and America’s most widely used fungicide – not least because it’s linked to the death of essential pollinators such as bees and hoverflies. So where do we go when out of the protection of the EU?

Groups such as Sustain need to be heard above the clamour of negativity, because if we do leave it will present a new chapter with potential. If we continue with the current unsustainable agricultural, food and pharmaceutical industries, there is no future – whether Brexit happens or not.

Click here to buy The Seven Deadly Whites from Waterstones.