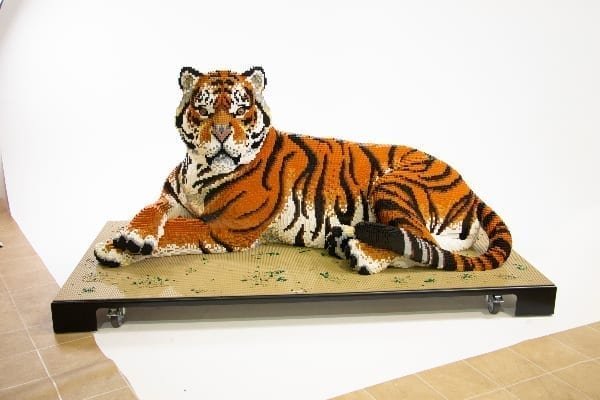 ‘Everything is Roarsome’ for LEGO fans this summer

Twycross Zoo will be the first place in the Midlands to host the BRICKLIVE Big Cats exhibition, which will be available every day of the Summer Holidays from 13 July.

The BRICKLIVE BIG CATS exhibition includes 12 incredible LEGO brick models, and allows visitors to get up close to some of the world’s most magnificent felines.

The models include everything from the lion cubs Liam and Lita to Padma the panther and Lenora the African leopard.

They have been made from a total of almost 750,000 bricks, and took the equivalent of one year and four months to build.

LEGO fans both young and young at heart can marvel at these special creations, gain an insight into how these masterpieces were made and get inspiration for their own next LEGO project.

The Midland zoo’s newest residents, Jahly and Sialang, are a pair of critically endangered Sumatran tigers, who are living in a state-of-the-art, purpose-built habitat that has a 15m glass tunnel through the centre.

There are also snow leopards and critically endangered Amur leopards, both among the rarest big cat species on the planet.

Click here to read our article about Lego made from plants.