Michael Wyatt, head of Chrome Enterprise EMEA, Google, on how Google is working to drive sustainability in the tech sector 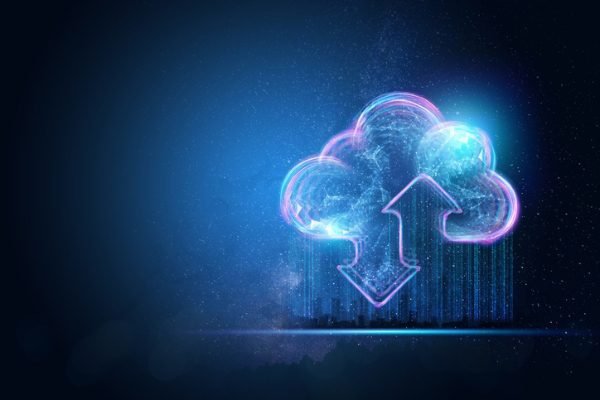 The company has signed agreements to buy power from more than 50 renewable energy projects, with a combined capacity of 5.5GW, and plans to get all its data centres and campuses operating on carbon-free energy – 24/7 – by 2030.

This is vital because the amount of computing done in Google data centres continues to grow. This was especially true in 2020 – a year when many people’s work, school, doctor’s appointments, first dates and visits with loved ones moved online.

Even as Google Meet and Duo hosted over a trillion minutes of video calls in 2020, its renewable energy procurement kept pace.

But can cloud computing bring additional benefits to customers by reducing their emissions from data centres and devices?

Recent Accenture analysis suggested migrations to the public cloud can reduce global carbon emissions by 59 million tonnes of CO2 per year. This represents a 5.9% reduction in total IT emissions and equates to taking 22 million cars off the road.

The analysis also found that cloud migration that considered sustainability as a factor could deliver a ‘double helix’ benefit of shareholder and stakeholder value by simultaneously reducing costs and carbon emissions.

For any organisation, but particularly for data-intensive businesses, a reduction of this magnitude is a significant step towards meeting climate change commitments.

Cloud computing has one other major advantage: it enables the use of lower energy devices and the move to new ways of working, through which even more significant sustainability benefits can be achieved.

The benefits of Chrome OS

Google’s Chrome operating system was born in the cloud, and introduced a modern, more efficient and sustainable way of computing.

Chrome OS devices from partners such as Acer, Asus, Dell and HP are offered in versatile form factors such as clamshells, tablets and convertibles.

Many are also designed with a focus on durability, including ruggedised devices with long-lasting components such as spill-proof keyboards and scratch-resistant Gorilla Glass, which extend device lifespan and require less maintenance.

Recent benchmarking tests by independent consultancy Px3 reveal the Acer Spin 513 Chromebook would reduce emissions from a typical end-user computing estate by around 70%, with savings of 84% possible compared with legacy Windows desktop PCs.

These impressive energy savings are driven by innovations in processor design and power management capabilities, which provide efficient charging and optimised device performance.

Chromebooks also receive up to eight years of OS updates and don’t slow down over time, which means they stay useful and productive for longer and minimise e-waste.

‘Grab and Go’ and kiosk mode on Chrome OS allow businesses to set multiple profiles and user modes. The result is that one device is able to accommodate many without compromising on speed and delaying workflows.

When Kingston and Sutton London Borough Councils deployed over 3,800 Chrome OS devices, they did more than just achieve their goals of modernising computing for their employees.

The councils have also enabled a mass move to remote working as part of their pandemic response and seen annual drops in their greenhouse gas (GHG) emissions and energy consumption.

Analysis from Px3 recorded a 32% reduction in energy from the move to Acer Chromebooks. If this is combined with the reduced commuting from more than 95% working remotely, you would need 3,700 acres of mature forest – roughly one and a half times the size of the local Richmond Park – to remove the equivalent amount of pollution from the atmosphere.