US watchdog calls for carcinogen warning on processed meat and poultry 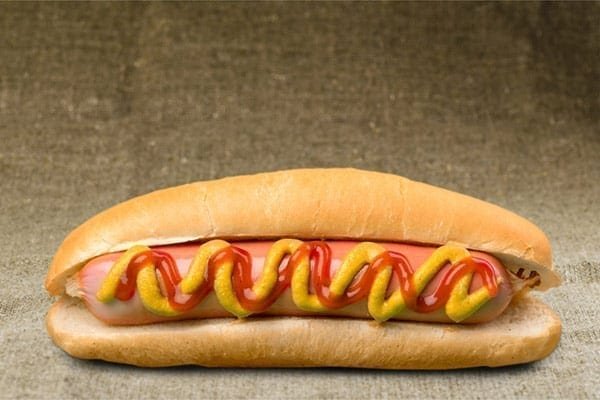 The Center for Science in the Public Interest is calling on the US Department of Agriculture to demand a warning label on packages of bacon, ham, hot dogs and other processed meat and poultry products to inform consumers that eating those foods is associated with an increased risk of cancer of the colon and rectum (colorectal cancer).

A regulatory petition filed by the nonprofit watchdog group cites the findings of the International Agency for Research on Cancer, which concluded in 2015 that processed meat is ‘carcinogenic to humans’.

Colorectal cancer is the second-leading cause of cancer deaths in the United States, and will have caused about 49,150 deaths in 2016, according to the American Cancer Society. The ACS urges consumers to ‘minimise consumption of processed meats such as bacon, sausage, luncheon meats and hot dogs’.

IARC, ACS, and the World Cancer Research Fund all cite research that found about an 18% increased risk of colorectal cancer for every 50 grams of processed meat consumed daily. A typical serving of ham, sausage, bologna, or hot dog weighs about 55 grams, or about two ounces.

‘Consumers deserve these warning labels to help them make informed choices about the foods they eat. Consumers who want to reduce their cancer risk may avoid processed meats or eat them much less often; other people may simply ignore the label. But without question, USDA should give people that choice.’

CSPI’s petition says USDA’s Food Safety and Inspection Service has the authority to require the labels under the Federal Meat Inspection Act.

FSIS uses similar authority to require special labelling for meats processed without nitrate or nitrite and for mechanically tenderised meat. To protect the public’s health, USDA is obligated to require the industry to inform consumers about the risk of consuming processed meats, according to CSPI senior food safety attorney David Plunkett.

CSPI is asking for labels of all meat and poultry products preserved by smoking, curing, salting, and/or the addition of chemical preservatives to bear this message:

USDA WARNING: Frequent consumption of processed meat products may increase your risk of developing cancer of the colon and rectum. To protect your health, limit consumption of such products.

In a letter to outgoing Secretary of Agriculture Tom Vilsack, a dozen leading nutrition and epidemiology experts endorsed the idea of a warning label on processed meats.

‘People want clear and accurate information about potential health hazards in the foods they eat to help them make wise choices at the grocery store and restaurants’, the scientists wrote.

The level of risk posed by processed meats may have contributed to as many as 5,000 colorectal cancer deaths in 2015 alone, they wrote, citing estimates by the Institute for Health Metrics and Evaluation.

‘We recognise that the chances of the Trump administration taking advantage of this opportunity to protect the public health are slim. But at CSPI we’re used to taking the long view. We will continue pushing for regulatory measures that will protect the health of Democrats, Republicans, and all others.’

Besides cutting back on processed meats, consumers who want to reduce their risk of colorectal cancer should also stay physically active, lose or avoid gaining excess weight, not smoke and limit alcohol to two drinks a day. But getting screened for the disease is most important.