Mass global movement is calling for climate literacy education to be made compulsory, and adopted at COP26 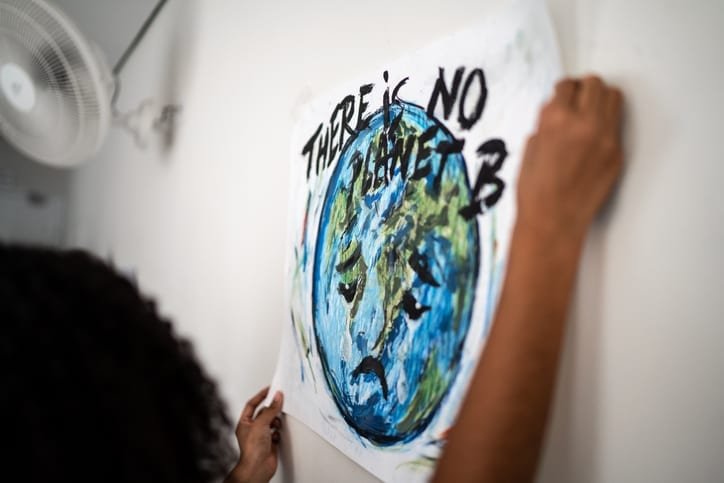 Over 350 organisations, representing hundreds of millions of people in more than 100 countries, have joined an international campaign to make climate literacy education compulsory.

Since its launch just two months ago, the international campaign is attracting rapid backing from a growing range of diverse organisations in more than 100 countries.

‘I am on a mission to make climate education mandatory in school curriculum in India as I believe that children have the potential to lead climate action. I hope this is taken seriously by all governments of the world for our better tomorrow.’

Supporters are making a simple but powerful plea to governments set to meet in Glasgow next November for the critical UN climate summit (COP26): climate education must be compulsory, assessed and coupled with a strong civic engagement component.

Coordinators of the campaign are transforming climate education from a ‘nice-to-have’ into a core subject for school curricula around the world.

In doing so, governments can ensure young people leave school with the skills and environmental knowledge needed to be engaged citizens in their communities and places of work.

A climate-educated and environmentally literate global public is likely to be better placed to take part in the green jobs revolution, make better sustainable consumer choices, become the next generation of sustainable entrepreneurs and hold leaders to account.

‘The need for climate and environmental literacy has never been greater. We are at a critical crossroads in terms of the earth’s timeline for restoration.

‘Climate education will prepare youth across a range of positive fronts – from stimulating a rapidly growing global green economy to holding their officials accountable. Indeed, I am convinced that competitiveness in the 21st century will increasingly be linked to the quality of environmental literacy among a nation’s citizens.’

Backers of the campaign have been advocating for climate literacy in their communities and igniting a movement around the world.

‘The climate crisis is increasingly touching every country, community, and school across the globe. Teachers are reporting that many young pupils are showing signs of fear and of anxiety about their futures. A commitment to put climate education into the core of curricula is thus not just about equipping youth with the skills and the knowledge they will need as adults. It is also about healing, hope and engagement in the solutions that can, if the world steps up ambition, solve this crisis in time.’

Earthday.org has created a slate of resources for individuals and organisations looking to get involved and spread the word about the urgent need for climate literacy. To learn more, click here.