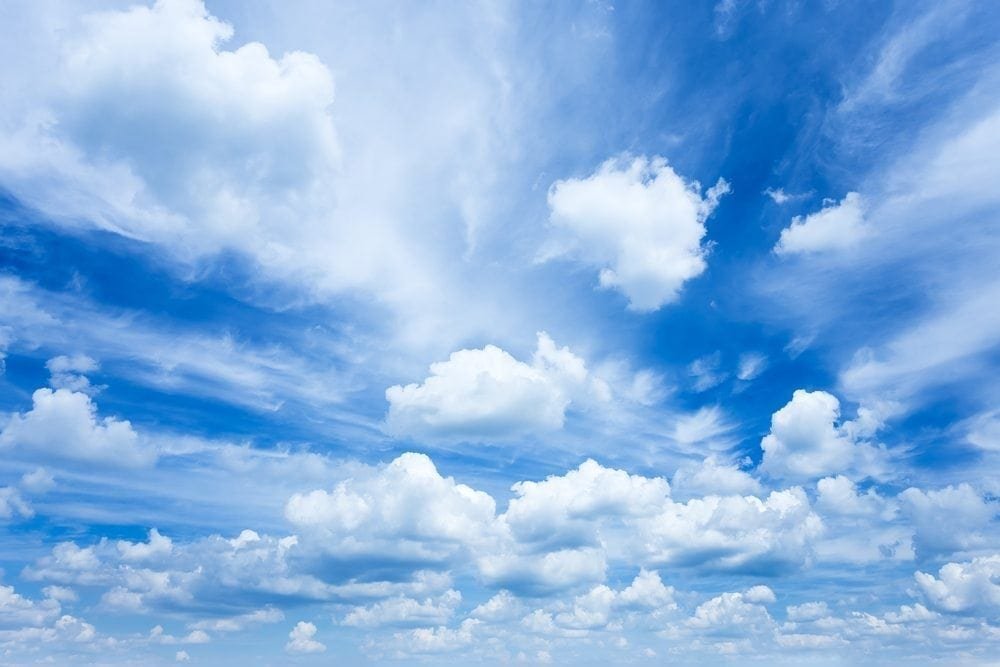 The Cloud Appreciation Society, which won the Yahoo ‘Weird & Wonderful Website of the Year’ award in 2005 and has had its subject matter described as ‘a new religion’, is celebrating its 10th anniversary this year.

Founded in 2005 by former co-creator of the Idler Magazine, Gavin Pretor-Pinney, the Cloud Appreciation Society now has nearly 40,000 members in 106 countries.

Its website contains the most extensive catalogued collection of digital cloud photographs in the world, all contributed by Society members.

Milestones of the Society’s 10-year history include three bestselling cloud books, a TED talk with 1.1 million views, a successful Cloudspotter iPhone app with 170,000 images uploaded from around the world and the discovery of a new cloud type – ‘asperitas’ – the first new cloud since 1951.

In 2007, a new cloud was discovered among the photos sent in to the Society by its members. The contorted-looking wave cloud didn’t fit with existing cloud classifications.

Pretor-Pinney worked with the Meteorology Department at Reading University to build up a body of evidence about the cloud, making a case for a new cloud type to the World Meteorological Organisation (WMO) in 2008.

For advice on the name of the cloud, asperitas, Pretor-Pinney turned to his cousin, a Latin teacher, who suggested the Latin for ‘roughened’ or ‘roughness’ that the Roman poet Virgil used in the Aeneid to describe a choppy sea.

The new cloud classification is being incorporated into a specially revised edition of the World Meteorological Organisation’s International Cloud Atlas – the definitive worldwide reference on cloud types for meteorologists and weather observers. This book was first published in 1896 and the new edition is due out in 2016. Asperitas will be the first new type to be added since 1951.

Celebration of the sky

To celebrate it’s 10th anniversary, the Society is holding a day-long ‘celebration of the sky’ on Saturday 26 September at the Royal Geographical Society, London.

Sponsored by Good Energy, the event will feature a lineup of inspirational speakers from science and the arts, award-winning folk musician Lisa Knapp, as well as science demos and a specially curated collection of cloud-related curiosities.

‘We’ve got cloudspotters converging from across the globe, from off-duty storm chasers to the odd celebrity weather man.

‘You don’t need to be a Society member or have any special weather knowledge to enjoy this event. The ephemeral beauty of clouds touches us all, and that’s what we’re celebrating. Anyone who has ever lost themselves in the sky will love it. Looking up will never be the same again!’

Tickets are available from the Cloud Appreciation Society website.

Click here to find out more about the Cloud Appreciation Society and the celebration of the sky.