UN Secretary-General Ban Ki-moon: failure is not an option – ‘the time for action is now' 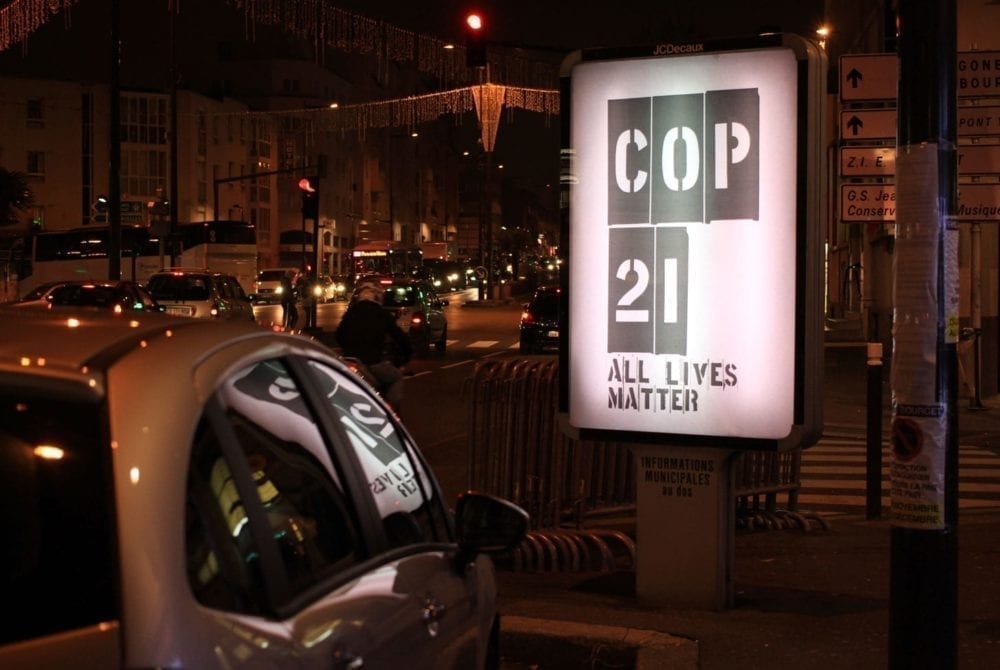 Ahead of today’s Paris opening of the United Nations climate change conference, widely known as COP21, UN Secretary-General Ban Ki-moon is urging all countries and all sectors of society to ‘act now’ to reach a new universal climate agreement.

Ahead of COP21, the United Nations Framework Convention on Climate Change (UNFCCC) – the UN entity organising the conference – has already received some 180 voluntary climate action plans from countries around the world.

Formally called Intended Nationally Determined Contributions, or INDCs, these will form the basis of the agreement expected to be reached.

Secretary-General Ban Ki-moon has said that the number of INDCs submitted shows that nations are prepared to take meaningful action to address climate change.

‘I’m reasonably optimistic and convinced that world leaders will adopt a very ambitious universal climate change agreement at this COP21.

‘We’ve been working very hard, very long – the time for action is now. I have seen growing political momentum among Member States. They know that they have to take action.’

Many countries have also indicated they would like to see a mechanism in the agreement that will allow them to ramp up their ambition to reach the goal of limiting a global temperature rise to less than 2 degrees Celsius.

According to experts, a temperature rise beyond this level will cause irreversible damage to the planet by exacerbating droughts, floods, food and water shortages, affecting the most vulnerable countries first.

Despite the scientific community acknowledging that the national pledges submitted so far will not limit global temperature rise to less than 2 degrees Celsius, Mr Ban has underscored that a successful outcome at COP21 would allow the world to achieve this target.

‘[Climate change] doesn’t care about national boundaries. This is a global phenomenon and [leaders] understand that investing wisely in climate change will help their national economy boost. There are many countries who are investing in sustainable energy including solar energy. It’s skyrocketing.’

Today (30 November), around 150 Heads of State and Government are expected at the opening event at the Paris-Le Bourget site, an 18-hectare conference centre north-east of the capital.

This space will be the main venue for the two-week meeting, with 32 ‘negotiating rooms’, working areas for delegations, civil society and journalists and other venues dedicated to side events.

Simultaneous events will be held within the city borders, such as ‘an afternoon with Robert Redford’ at UNESCO on 6 December, and the awarding of the UN Development Programme (UNDP) Equator prize – often referred to as the Academy Awards of sustainable development – taking place at the renowned Théatre Mogador.

One of the conference’s overarching themes will be the interconnectivity between sustainable development and climate issues. In September, world leaders adopted the 2030 Agenda for Sustainable Development, which consists of 17 goals – the SDGs – to wipe out poverty, fight inequality and tackle climate change over the next 15 years.

‘Goal number 13 [focuses on] climate change but if we do not implement the climate change agreement, then all the remaining 16 goals will be affected. Not a single goal can be implemented in isolation.

‘Science has made it plainly clear – that this climate change phenomenon is caused by human behaviour. It’s only natural that we human beings should change our behaviour in a sustainable way. We have to do it. We don’t have any time to lose. That’s why I am urging world leaders to demonstrate their moral and political leadership for humanity.’

Failure is ‘not an option’

The UN climate conference will open officially when the French Minister of Foreign Affairs, Laurent Fabius, is elected President of COP21 on Monday 30 November. Negotiations towards a final agreement are expected to conclude on 11 December.

The Secretary-General met with French President François Hollande on Sunday to discuss the status of negotiations and identify key issues still under discussion. A readout issued by Mr. Ban’s spokesperson said they agreed that ‘failure to reach an agreement was not an option and would have disastrous consequences.’

The two leaders also exchanged views on the issue of counter-terrorism and shared their concern of a growing influence of Da’esh beyond Syria and Iraq.

Mr Ban stood in solidarity with the people of Paris who were unable to join a climate march, after it was cancelled last week due to security concerns.

Alongside scores of other people, he donated a pair of his ‘marching shoes’ to be placed at the city’s Place de la République near the scene of 20 November’s terror attack, and where the climate march was due to start.

‘As the world gathers in Paris to stand up for climate action, let us also stand in the shoes of all victims of terrorism, war and persecution – and respond with compassion’, said a note he wrote and left at the scene.

Following the event, the thousands of shoes contributed were donated to a non-governmental organisation working with Syrian refugees.

Click here for reports, decisions and the daily programme of events scheduled for COP21.