Top international lawyers have unveiled a definition of ecocide 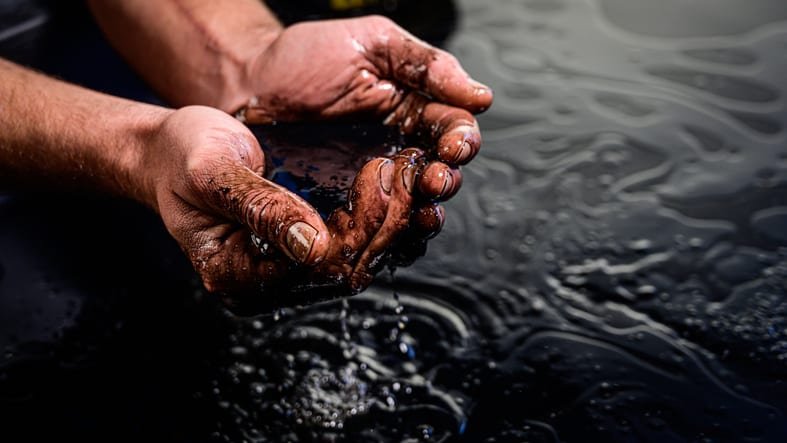 An expert drafting panel of 12 renowned international criminal and environmental lawyers from around the world has agreed on a legal definition of ecocide.

The proposal is the conclusion of six months of deliberations, commissioned by the Stop Ecocide Foundation. It could see ecocide as a fifth international crime under the Rome Statute of the International Criminal Court.

The goal is for ecocide to sit alongside genocide, crimes against humanity, war crimes and the crime of aggression as an international crime.

‘This is the beginning of a difficult but exhilarating adventure that should only end with the introduction into the Rome Statute of this fifth crime of ecocide. Let’s dare to do it!’

’The moment is right’

The Independent Expert Panel for the Legal Definition of Ecocide, chaired by barrister and author Philippe Sands QC (UK) together with UN jurist and former prosecutor Dior Fall Sow (Senegal), was convened in late 2020 at a powerfully symbolic moment, 75 years after the terms ‘genocide’ and ‘crimes against humanity’ were first used at Nuremberg.

The project emerged in response to a request from parliamentarians in the governing parties of Sweden.

The proposed definition will now be made available for states to consider, and will henceforth be visible on the newly launched Ecocide Law website, an academic and legal resource hub co-managed by the Stop Ecocide Foundation and the Promise Institute for Human Rights at UCLA School of Law.

‘This is an historic moment.  This expert panel came together in direct response to a growing political appetite for real answers to the climate and ecological crisis. The moment is right – the world is waking up to the danger we are facing if we continue along our current trajectory.

‘The drafting work was high-level, collaborative and informed by many experts as well as a public consultation comprising hundreds of legal, economic, political, youth, faith and indigenous perspectives. The resulting definition is well pitched between what needs to be done concretely to protect ecosystems and what will be acceptable to states. It’s concise and powerful, it’s based on strong legal precedents and it will mesh well with existing laws. Governments will take it seriously, and it offers a workable legal tool corresponding to a real and pressing need in the world.’

Support for an ecocide law criminalising mass damage and destruction of ecosystems is gaining momentum around the world with recorded interest from both island nations (Vanuatu and the Maldives) and European states (France, Belgium, Finland, Spain, Luxembourg).

It has been endorsed by high-profile figures such as the Pope, Greta Thunberg and Dr Jane Goodall. Belgium was the first European nation to have raised criminalising ecocide at the International Criminal Court, and the European Parliament has now supported in principle on several occasions.

‘It has been a privilege to contribute to this work, inspired by the efforts of Hersch Lauterpacht and Rafael Lemkin in giving the world ‘crimes against humanity’ and ‘genocide’, back in 1945. Ecocide is about law in the service of our planet, a means of changing consciousness and of harnessing the idea and ideals of international justice for the greater good.’

Rebecka Le Moine, Member of Swedish Parliament, who initially approached the Stop Ecocide Foundation with a request for a definition of ecocide, said: ‘I welcome this definition, as it makes the term ecocide more concrete and clear, it also makes it a lot easier for me as a politician and a lawmaker to find support for criminalization of it.’

MEP Marie Toussaint who has made it her mission to progress recognition of ecocide by the EU, is delighted.

‘After years and years of non-stop mobilisation and struggle all over the world, recognition of ecocide has gained strength and public support’, Marie Toussaint  said. ‘This recognition is essential if we want to protect all life on our planet, as well as peace and human rights.’

She continued: ‘This highly qualified panel has shown today not only that this is legally feasible, but also that we can have a shared international understanding and definitions. Our role now, as parliamentarians from all over the world, is to work towards legal recognition in every single state along with support for this amendment to the Rome Statute. You can count on me for that! Justice and nature will prevail!’

There is currently no legal framework to deal with ecocide at an international level, and therefore no system to hold corporate and government decision-makers accountable for environmental damages and abuses such as oil spills, mass deforestation, ocean damage or severe pollution of waters.

Enshrining ecocide in international law would enable perpetrators to be put on trial at the International Criminal Court or in any ratifying jurisdiction.