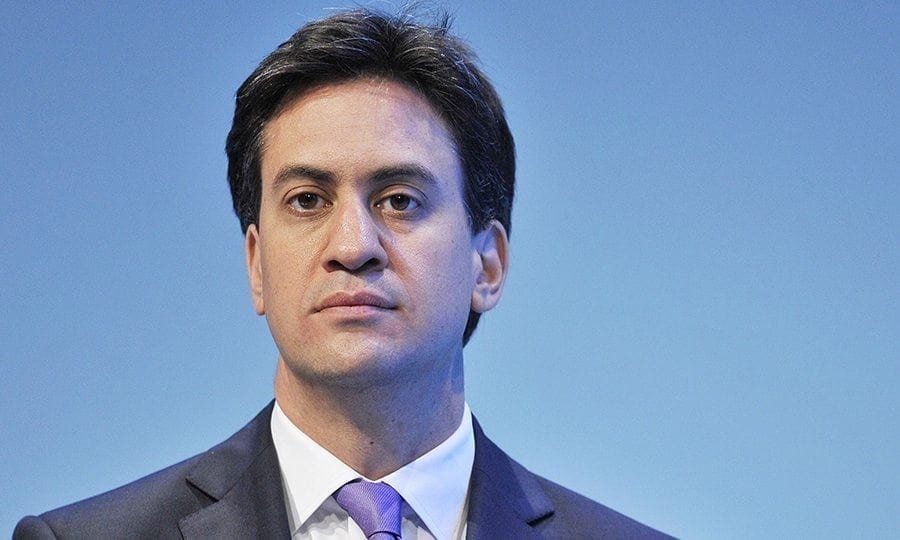 Ed Miliband has said that the next Labour government will seek to raise global ambitions for combating extreme poverty, inequality and climate change.

Our biggest year for action

Speaking to an audience of young people at Queen’s Park Community School, London, he declared that 2015 is the biggest year for global action in half a century, due to a series of summits and conferences that will shape our future.

These include September’s New York summit to renew the Millennium Development Goals on tackling poverty and inequality and the Climate Change conference in December where, at last, there is a chance to achieve a binding agreement on the greatest threat to our planet.

Miliband suggested that, while these causes may not be as fashionable as they were a few years back, they go to the heart of his beliefs and are more important than ever.

He committed the next Labour government to use this year’s talks to fight for:

‘It’s good to see Ed Miliband pushing climate change back up the political agenda and recognising that this is an issue that will determine the long-term well-being of our economy and everyone in the country, as well as millions of people living in extreme poverty overseas.

‘Joining the global call for a zero-carbon world by 2050 is an important step, but for that vision to become a reality we need to rapidly remove the most polluting fuels from our energy system, starting with coal, and give proper backing to the high-tech clean energy industries that can fill the gap and produce jobs and growth.

‘The government’s climate change advisers have called for our dirty coal power stations to be phased out within the next decade, now leaders of all political parties must commit to making this happen.’

‘More than ever Britain and the world need leadership on tackling poverty, inequality and climate change.

‘With the right Sustainable Development Goals, ours is the generation that can wipe out extreme poverty, reduce inequality and tackle climate change.

‘Today marks the launch of action/2015. It is a campaign to make sure that governments and political parties listen to people’s hopes and dreams – to ensure our political ambition matches the scale of the challenge.

‘In 2015, after the General Election here, the countries of the world will come together to agree two plans.

‘The first plan aims to eradicate poverty over the next 15 years. And the second will tackle climate change.

‘These two plans affect all of us: everyone in this room, everyone across the world and, especially, everyone in your generation because they will help determine the world you will live in.

‘They matter. And what the British government does at these conferences – what it does in your name – matters too.

‘I know tackling climate change, global poverty and inequality are not as fashionable as they once were. But I also know they are more important than ever.

‘For me, they are not luxury items in our programme for change. They are not part of a branding exercise. They go to the heart of my beliefs and the reason why I entered politics.

‘This is about ensuring the next generation can do better than the last in this country and around the world.’

‘The last two decades have been the most successful in history in the fight against poverty: the share of people living in extreme poverty has been cut in half worldwide. But it is unacceptable that more than one billion people still live on less than $1.25 a day – just 80 pence.

‘Our challenge must be to bring this number to zero by 2030.’

‘Inequality threatens to undo much of the progress of the past 20 years in making sure millions more people have food on the table, a decent education and health care. It is as unfair as it is uneven. So while the wealth of a powerful minority grows greater, the poorest get left behind.

‘A Labour government would fight for equal access to healthcare, and protect the rights of women, children and workers.’

‘The progress of the last 15 years in the tackling poverty, improving health, on food security and access to sanitation could all be eroded if global temperatures are allowed to soar. I believe tackling climate change is the most important thing I can do in politics for my children’s generation. It demands leadership and resolve.

‘So in Paris this year, a Labour government would be pushing for global targets for reducing carbon emissions that rise every five years with regular reviews towards the long-term goal of what the science now tells us is necessary – zero net global emissions in the latter half of this century.’