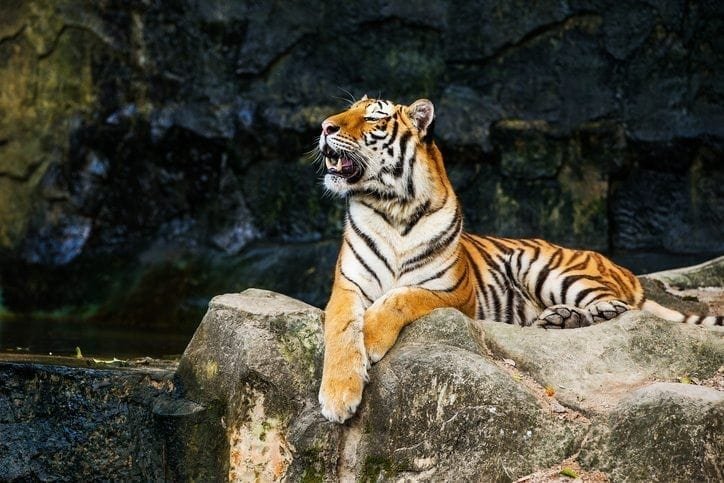 Up to half of plant and animal species in the world’s most naturally rich areas, such as the Amazon and the Galapagos, could face local extinction by the turn of the century due to climate change if carbon emissions continue to rise unchecked.

Even if the Paris Climate Agreement 2°C target is met, these places could lose 25% of their species according to a landmark new study by the University of East Anglia (UK), the James Cook University (Australia) and WWF.

Published last week (14 March) in the journal Climatic Change and just ahead of Earth Hour (24 March), the world’s largest environmental event, researchers examined the impact of climate change on nearly 80,000 plant and animal species in 35 of the world’s most diverse and naturally wildlife-rich areas.

It explores a number of different climate change futures, from a no-emissions-cuts case in which global mean temperatures rise by 4.5°C to a 2°C rise, the upper limit for temperature in the Paris Agreement. Each area was chosen for its uniqueness and the variety of plants and animals found there.

The report finds that the Miombo Woodlands, home to African wild dogs, south-west Australia and the Amazon-Guianas are projected to be some the most affected areas.

If there were a 4.5°C global mean temperature rise, the climates in these areas are projected to become unsuitable for many of the plants and animals that currently live there.

This would mean up to 90% of amphibians, 86% of birds and 80% of mammals could potentially become locally extinct in the Miombo Woodlands, Southern Africa.

The Amazon could lose 69% of its plant species, and in south-west Australia 89% of amphibians could become locally extinct. 60% of all species are at risk of localised extinction in Madagascar.

The Fynbos in the Western Cape Region of South Africa, which is experiencing a drought that has led to water shortages in Cape Town, could face localised extinctions of a third of its species, many of which are unique to that region.

‘Our research quantifies the benefits of limiting global warming to 2°C for species in 35 of the world’s most wildlife-rich areas. We studied 80,000 species of plants, mammals, birds, reptiles and amphibians and found that 50% of species could be lost from these areas without climate policy. However, if global warming is limited to 2°C above pre-industrial levels, this could be reduced to 25%. Limiting warming to within 1.5°C was not explored, but would be expected to protect even more wildlife.’

As well as this, increased average temperatures and more erratic rainfall could become be the ‘new normal’ according to the report, with significantly less rainfall in the Mediterranean, Madagascar and the Cerrado-Pantanal in Argentina.

Potential effects include pressure on the water supplies of African elephants, who need to drink 150-300 litres of water a day; 96% of the breeding grounds of Sundarbans tigers could become submerged by sea-level rise and there would be comparatively fewer male marine turtles due to temperature-induced sex assignment of eggs.

If species can move freely to new locations then the risk of local extinction decreases from around 25% to 20% with a 2°C global mean temperature rise. If species cannot, they may not be able to survive.

Most plants, amphibians and reptiles, such as orchids, frogs and lizards, cannot move quickly enough keep up with these climatic changes.

Overall the research shows that the best way to protect against species loss is to keep global temperature rise as low as possible.

Switch off for Earth Hour

The Paris Agreement pledges to reduce the expected level of global warming from 4.5°C to around 3°C, which reduces the impacts, but even greater improvements are seen at 2°C – and it is likely that limiting temperature rise to 1.5°C would protect more wildlife.

This is why on 24 March millions of people across the world will come together for Earth Hour, to show their commitment to reducing global emissions and protecting people and wildlife from the impacts of climate change. The event also sends a clear message to business and government that there is a global will to change this trajectory.

‘Within our children’s lifetime, places like the Amazon and Galapagos Islands could become unrecognisable, with half the species that live there wiped out by human-caused climate change. Around the world, beautiful iconic animals like Amur tigers or Javan rhinos are at risk of disappearing, as well as tens of thousands plants and smaller creatures that are the foundation of all life on Earth. That is why this Earth Hour we are asking everyone to make a promise for the planet and make the everyday changes to protect our planet.’

Click here to find out what’s happening for Earth Hour 2018 in locations around the world.