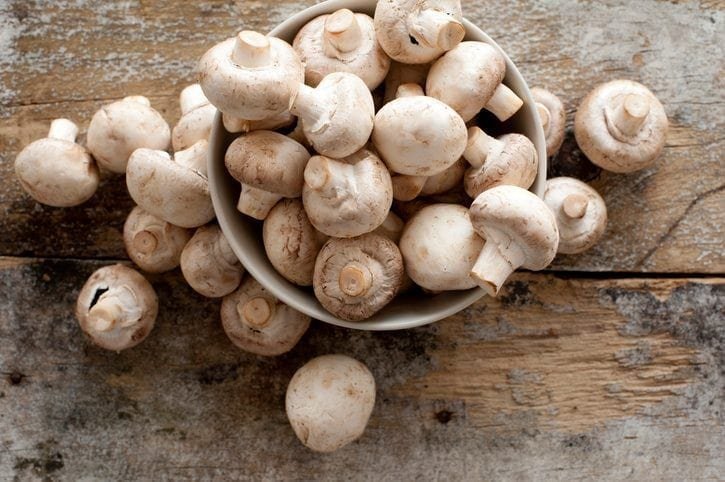 If breakfast is the most important meal of the day, then mushrooms may be one of the most critical ingredients.

A new study on satiety published in the October issue of the journal Appetite indicates that eating a mushroom-rich breakfast may result in less hunger and a greater feeling of fullness after the mushroom breakfast compared with the meat breakfast.

Because protein appears to be the most satiating macronutrient, according to the scientific literature, researchers wanted to match the amount of protein in the mushroom and meat interventions to control for the influence of protein on satiety.

After matching the mushroom and meat by protein content, both ended up containing comparable amounts of calories as well, which is a common way to match interventions in satiety studies.

‘This new study adds to a growing body of evidence that suggests mushrooms may aid weight management and satiety, and thus contribute to overall wellness. Consumers are interested in the benefits of protein food choices, so it’s important for them to know that plant-based sources of protein, such as mushrooms, can be satisfying.’

The objective of the study was to assess the differences with satiety and a 10-day food intake between 226g of Agaricus bisporus mushrooms (commonly known as white button mushrooms) and 28g of meat in a randomised open-label crossover study.

Participants included 17 women and 15 men who consumed two servings of mushrooms or meat for 10 days. Participants were given either sliced mushrooms or 93% lean/7% fat ground beef to consume for a total of 10 days, twice a day. Portion sizes were based on matching the same protein content and similar calorie counts (±7 calories).

‘Previous studies on mushrooms suggest that they can be more satiating than meat, but this effect had not been studied with protein-matched amounts until now.

‘As with previous published research, this study indicates there may be both a nutritional and satiating benefit to either substituting mushrooms for meat in some meals or replacing some of the meat with mushrooms.’

JOANNE SLAVIN, PhD, RD
Study author and professor at the University of Minnesota

The secret to long-term weight loss?

From meatless meals to plant-based plates, there are many ways to gradually decrease meat consumption without loss of flavour, and research has shown that blending finely chopped mushrooms with meat can be a cooking technique that’s both nutritious and delicious.

A one-year randomised clinical trial at Johns Hopkins Bloomberg School of Public Health indicated increasing intake of low-energy-density foods, specifically mushrooms, in place of high-energy-density foods, like lean ground beef, can be an effective method for reducing daily energy and fat intake while still feeling full and satiated after the meal.

Another study conducted by University of California, Davis and the Culinary Institute of America found that substituting mushrooms for a portion of meat helped improve nutrition and flavour.

Adding mushrooms to the mix helped lower calorie, saturated fat and sodium intake, while adding nutrients to the plate like B vitamins, vitamin D, antioxidants and potassium (8%).

Today, the mushroom-meat mix, also referred to as The Blend http://www.blenditarian.com, is popular with both professional chefs and home cooks.

Often grouped with vegetables, mushrooms provide many of the nutrient attributes of produce, as well as attributes more commonly found in meat, beans or grains.