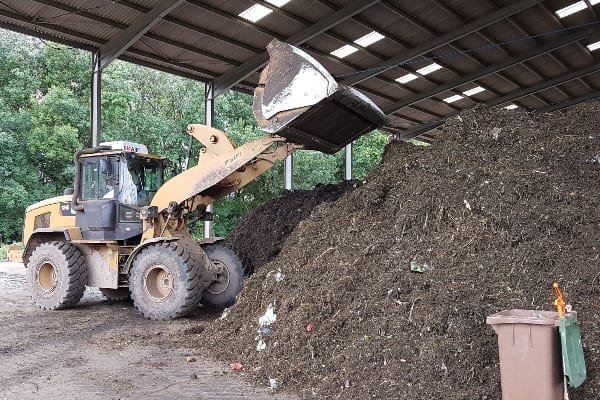 Finance for the many

Our current systems seem incapable of delivering the results we need. The UK has a target to recycle 50% of its waste by 2020, but the rate has hovered at around 45% for the last seven years. Though the UK’s renewable energy sector is growing, we still rely on fossil fuels. In 2017, a Morrisons report revealed Britain was only 52% self-sufficient in food, with just 23% of the fruit and vegetables eaten in Britain actually grown here.

We need to reinvent our food, waste and power sectors – as a start – but there’s a significant shortage of funding for UK businesses, particularly those seeking the innovative solutions we so desperately need. ‘Over the years, and since 2008, banks and institutions haven’t had any appetite to take on risk’, says Ben Prior, CEO of environmental fund manager Earthworm. ‘Financial institutions are also geared to invest in large projects – a scale that new technologies often don’t achieve.’

Finance for the few

Mainstream finance will need to reevaluate the way it lends if it wants to serve all types of business. Ben saw this for himself while working in the City; as he began to understand how finance worked, he drew the conclusion that it was mostly structured for the few, not the many. ‘Any environmental and social governance was pretty much a box-ticking exercise’, he remembers. ‘The finance industry should be there to serve industries and nurture innovation; instead it became an industry in its own right, which focused on serving itself.’

Ben doesn’t believe the mainstream sector will be able to move fast enough to compete with the disruptive financial models that are coming to market, such as crowdfunding and challenger banks. ‘If an industry is not serving its customers well enough, which you can definitely argue in the case of banking and investment, then change is inevitable’, he tells us.

Ben founded Earthworm to provide finance to help start-ups and scale-up businesses that contribute to the circular economy while delivering a good return for investors. For the last 10 years, Earthworm has focused on the food, waste and power sectors.

Its first project, back in 2008, was a 30,000 tonne per annum composting facility (main image). £2m was raised to build the facility through an EIS (Enterprise Investment Scheme) fund, and the composting plant was completed on time and on budget.

To democratise ethical investments and provide an antidote to the corporate investment culture, Earthworm has launched a Bond that’s open to everyone, not just career investors. Access and Growth Bonds are available, with interest rate options between 4.75% and 7.5% a year. The investment terms range between three, four and five years. ‘We are growing and have ambitious plans for our product range’, Ben says. ‘Every new offering will help everyone in our community, at the centre of which are the companies we support and our investors.’

While it can be a challenge to keep a healthy pipeline of investment opportunities, Earthworm is looking at somewhere in the region of £100m of potential projects, meaning it’s ready to invest funding at any time.

The composting plant was selected as Earthworm’s first project because Ben felt it was important to show investors that Earthworm could build and operate a site from scratch. ‘A lot of our competitors don’t have the practical, day-to-day knowledge of physically operating sites, and we feel that this gives us a big advantage’, Ben explains. ‘Not only can we help and advise companies seeking finance because we’ve ‘been there and done that’, but the knowledge we have should also de-risk the project from an investor’s perspective.’

When Earthworm’s original EIS fund was launched, Ben was ‘elated’: 17 investors had been prepared to give Earthworm a chance to succeed. ‘When the project exited the overriding feeling was relief’, Ben remembers. ‘We put a lot of pressure on ourselves to ensure that investors received the best possible outcome from our projects. When we achieved that exit, it did feel like a validation of our idea – and a big victory over the numerous banks and institutions who weren’t prepared to give us the time of day when we were seeking funding.’

Ben believes it’s only a matter of time before ethical finance goes mainstream. ‘It will happen quicker than you think’, he says, ‘driven by the younger generation who will simply insist on it. If I had to put a timescale on it, I’d say in the next five years.’

Of Earthworm’s original investors, Ben estimates that around 90% of their decision-making revolved around achieving a financial return and 10% about the additional environmental or social benefits. Today Earthworm has nearly 1,000 private investors, and Ben would put the ratio at 70/30.

Conscious capitalism isn’t a contradiction in terms because renewable and socially beneficial technologies carry so much financial opportunity. ‘I completely believe in the power of humans to change the world’, Ben tells us. ‘We feel that our job is to identify the right projects to help them to do this.’

When it comes to the future of finance, Ben sees democratisation as key. ‘We are seeing the rise of the prosumer in all walks of life as technology empowers people with the information they need to make an informed choice. This will happen for savings and investment too, with savers becoming financial prosumers.’

Earthworm plans to support this trend, equipping people with the information and tools they need to make an informed choice. ‘We can all do our bit and earn money at the same time – it’s the basis of our motto – from the ground up’, Ben says. ‘We aim to open up sustainable investment opportunities to everyone who saves. However small the investment, together we can become a community collaborating on a shared vision.’

We would encourage everyone to take independent financial advice because with investments like bonds and stocks and shares ISAs your money is at risk.

Here are just two of the projects Earthworm has helped to finance and develop.

CONSTRUCTION OF A 15MW SOLAR PARK

Aspen Infrastructure offers a fully integrated range of services, from concept to connection. It has been developing energy projects in the UK and Ireland since 2010.

Through its in-house team of financial experts, engineers, construction and project managers, every step of a project’s progress is controlled – adding value and guaranteeing quality and efficiency of delivery.

Formed in 2017, Sycamore Planning Limited helps clients to develop infrastructure that contributes towards achieving a circular economy. To date, Sycamore has experience in developing solutions for the energy, waste and food industries. Its senior management team has a successful track record in the delivery of major infrastructure projects, site identification and acquisition, planning and environmental permitting, finance, fundraising and asset management.

Sycamore is currently developing four biomass combined heat and power (CHP) and wastewater treatment plants throughout the UK that will treat up to 400,000 tonnes of waste per annum. The first two facilities are in the final stages of construction and commissioning.

BoJo: ‘Get to grips’ with climate emergency