How banking can benefit people and planet Healthy profit can be used to support positive change – but short-term profit that’s achieved by unsustainable borrowing can be plain damaging.

And that doesn’t just apply to banking; ‘The same damage can be seen in unsustainable intensive agriculture, or energy production that doesn’t account for the future costs of climate change’, explains Huw Davies, head of personal banking at Triodos Bank. 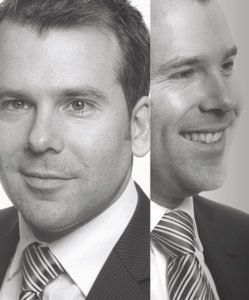 Triodos Bank was set up in the Netherlands in 1980, when its four founders identified solutions to the problems plaguing the mainstream banking sector. They realised that money could be used much more consciously and decided to set up a different kind of bank: instead of pursuing profit for profit’s sake, Triodos Bank would use money to make a positive difference and support sustainable development.

‘Of course we started small, but over time we’ve grown – at a sustainable pace – to become one of the world’s leading sustainable banks’, Huw told PQ. ‘We have a voice beyond our size and aim to stimulate debate on the banking sector and the use of money.’

The new approach is proving attractive to consumers: Triodos Bank now has over half a million customers in six countries. ‘As we grow we’re attracting a wider range of customers’, Huw told us, ‘but the common denominator is that they all place value on sustainability and aspire for a better, fairer way of banking that benefits people and planet.’

Triodos takes in savings deposits and lends them to organisations and businesses that are driving positive change. In the UK it lends to sectors including organic farming, fair trade, social housing, cultural projects and renewable energy.

Rather than being motivated by profit alone, Triodos Bank’s main focus is positive change that benefits both society and the environment. All lending decisions are based on the intended impact of a project as well as its financials.

It goes without saying that profitability is necessary in order for the bank to secure investment and grow as a business – but the point of growth at Triodos is to facilitate further positive impact and deeper change. 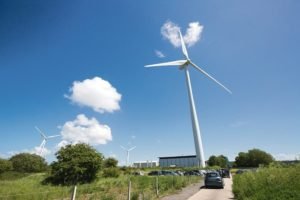 All banks must have a credible product range and offer security and stability to their customers: what makes Triodos Bank different is its transparency.

Research has shown that many investors wouldn’t want to invest their ISAs in polluting industries but many funds invest in oil or mining, and it can take a lot of time and effort for a customer to find out exactly what their money’s supporting.

Huw would like to see more prominent notices on investments, and has suggested a traffic light system – similar to the one used in the food industry – to allow customers to make more informed decisions about where their money’s invested.

To make it easier for customers to see where their money ends up, every loan made by Triodos Bank is shown on a map using an online tool called ‘Know Where Your Money Goes’.

Changing the face of banking

‘It wouldn’t be possible for all banks to adopt our approach in full’, Huw admits. ‘But I hope we can provide an illustration of what’s possible and inspire the public and other banks to consider the role of financial services in creating our future. We have a choice in how things turn out, but action is needed.’

For Huw, the main barrier to creating genuine change in the banking system is one of culture and purpose. Practical steps have been made to create more stability in the system, but he feels there hasn’t been enough discussion around the role of banks and how they can – and should – be a key factor in supporting a more sustainable future.

‘We need visionary leaders in the sector who can set a more inspiring direction instead of offering more of the same’, Huw told PQ. ‘We need not just new banks but new bankers – senior leaders who are motivated by more than share prices and their salaries, and who recognise the potential power of banking for good.’

But bank-initiated change must come hand- n-hand with public demand for change and regulatory pressure to change. Shareholders and stakeholders must be convinced to focus on more than just short-term returns, and customers must vote with their feet if they’re not satisfied with the status quo.

‘Finance is a catalyst that makes things happen – it shouldn’t be a business for its own sake’, Huw told PQ. ‘This means that banks need to remember why they exist and how they interconnect with society. When enough people become interested in the potential power of financial services for good, they’ll start to demand more from banks. That’s when we’ll see real change.’

Click here to find out more about Triodos Bank and the projects it supports.