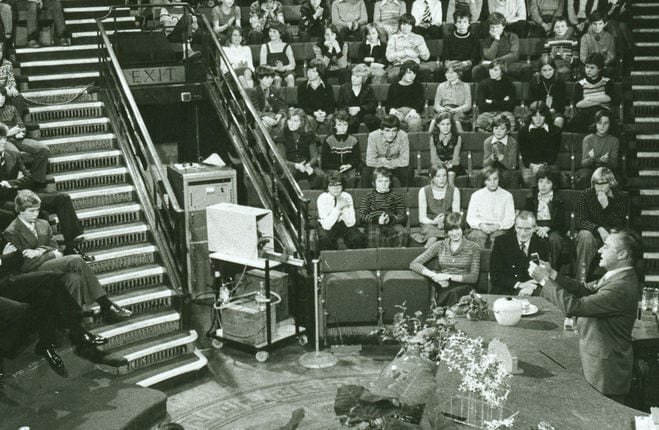 The British public is to locate 31 missing episodes of the first science show ever to be broadcast on UK national television.

People across the country are being urged to search the long-forgotten contents of dusty attics or little-used store cupboards, to help unearth past series of the Christmas Lectures from the Royal Institution.

The lectures have been described by Sir David Attenborough and other past Christmas Lecturers as ‘national treasures from a golden age of broadcasting’.

The full BBC archive of these broadcasts is being made available on the Royal Institution (Ri) website for the first time, but 31 episodes broadcast between 1966 and 1973 are missing.

Included in the missing episodes is footage of Sir David Attenborough not seen since it was first broadcast live nearly 50 years ago.

The Christmas Lectures from the Royal Institution have been delivered every year since 1825, making them the longest running series of scientific lectures in the world.

They were the first science programme broadcast on the BBC, in 1936, and having featured on TV every year since 1966. They are also the second-longest running continuously broadcast science TV show. The aim of the Christmas Lectures has always been to present an accessible and entertaining way to engage with science.

This year’s Christmas Lectures will be given by Prof Alice Roberts, and will explore genetics and identity. Prof Roberts will examine our evolutionary past and cast an eye to the future, discussing the ethical challenges that need to be overcome to ensure science is used for the benefit of society.

While the missing Lecture episodes are officially ‘believed wiped’, the BBC and the Ri believe copies, made during the earliest days of video recorders, may exist somewhere.

‘I don’t think the importance of finding these broadcasts, to make them available again for new generations, can be overstated. They are to science what the missing Dr Who episodes found a few years ago are to science fiction.

‘I’m hoping that the great British public will really get behind this campaign and help us find these wonderful recordings that are almost certainly out there somewhere.’

SARAH HAYES
Head of archives at the BBC

‘The response to past episodes of the Christmas Lectures already made available on our website has been amazing and testifies to their enduring popularity’, said Prof Gail Cardew,
director of science and education at the Ri. ‘They represent the rich history of science communication we have in the UK.’

‘It would be wonderful to complete the archive and make each broadcast from a golden age of television available again for new generations’, Prof Cardew continued, ‘and out there somewhere, somebody will be able to help us do that.’

The 31 missing Christmas Lectures are made up of five complete series of six lectures each, plus a single episode of Sir David Attenborough’s much loved 1973 series on ‘The language of animals’.

Anyone with clues as to the whereabouts of the missing lectures is asked to contact Charlotte New, curator of collections at the Royal Institution on 020 76702923 / cnew@ri.ac.uk.