Tonight: the government-backed project to create ‘greener’ fuel from plastic mined from landfill 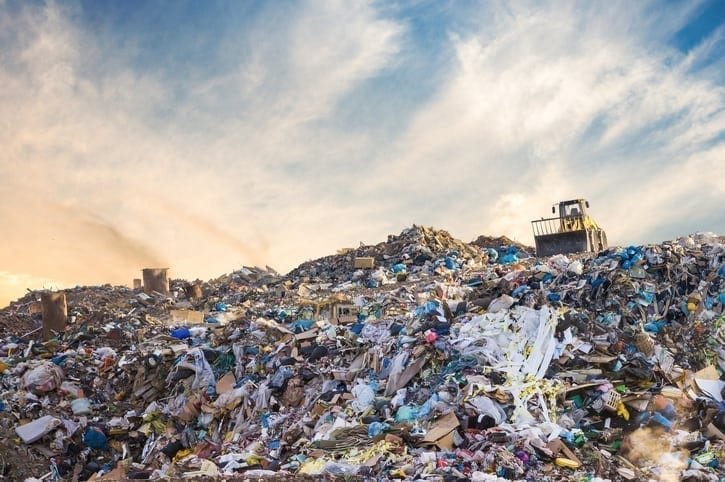 The UK is home to 20,000 landfills; between them they contain over 400 million tonnes of plastic. Researchers have now discovered a way to use this dirty degraded plastic to make fuel.

Tonight (17 September), BBC Inside Out sees the new fuel and talks to those at the forefront of this technology – but discovers there is also strong opposition.

The exclusive report looks at the new technology and meets environmental campaigners who claim it could be bad for climate change.

Scientist Dr Stuart Wagland is leading a government-backed project to recover landfill plastic and turn it into a new fuel.

Stuart believes the oil they can already produce through the plastic can eventually be ‘upgraded to produce chemicals and liquid fuels and could potentially power your car in the future.’

He and his team at Cranfield University in Bedfordshire have so far identified 850 landfill sites in England that are suitable to be mined.

Of these, 83 are in the East – and within each one, up to a fifth of the contents will be plastic. However, the team think there could be up to 4,000 more sites across the UK that might be worth digging up.

Opponents argue mining landfill sites would increase our dependence on plastic waste. Julian Kirby, the plastics pollution campaigner for Friends of the Earth, is strongly opposed.

Kirby tells Inside Out, ‘getting plastic out, turning it back into oil and then burning it, essentially that’s what’s happening, that’s going to be very bad for climate change.’

Kirby argues that the only way to help is to decrease the use of plastic in day to day living.

Investors are already looking to see whether digging up waste from landfill will turn a profit.

Environmental lawyer Paul Davies from City law firm Latham and Watkins says, ‘The idea that you can recycle existing materials has to be a good thing… that we have landfills up and down the country containing all of these materials and we leave them there, I just find bewildering.’

If it becomes cheaper for companies to dig up sites rather than managing them for decades, the prospect of mining for plastic will be attractive. It’s predicted the UK could be using fuel from landfill plastic within 10 years.

The Plastic Landfill Mining report will be available across all regions on BBC One INSIDE OUT on Monday 17 September at 19:30.

Is our recycling exported to landfills? Click here for more.