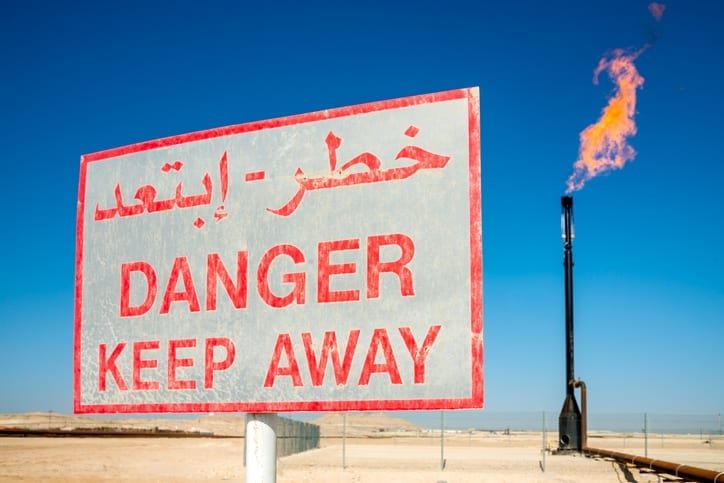 A little-known UK government agency has put billions of pounds of taxpayers’ money behind fossil fuel projects overseas that will emit 69 million tonnes of greenhouse gases per year, an analysis conducted by Unearthed in conjunction with BBC Newsnight has revealed.

Their planet-warming emissions are equivalent to 17 coal plants and would increase UK emissions by 15% if included in the country’s carbon accounting.

The news comes as Britain prepares to host a major climate summit in Glasgow next year and follows a 2010 pledge by the then coalition government to back ‘green technologies around the world instead of supporting investment in dirty fossil-fuel energy production’.

Last week, Boris Johnson promised that UK Export Finance (UKEF), part of the Department for International Trade, will no longer support coal mines or coal plants overseas, but it has not funded one since 2002. All the fossil fuel projects to which it is currently exposed are oil and gas-related.

According to figures collated by Unearthed, the UK government could be on the hook for up to £6 billion invested in a dozen oil and gas developments around the world.

Schemes range from financing for oil wells off the coast of Brazil to the construction of oil refineries and petrochemical plants in Bahrain, Oman and India.

According to a report by Parliament’s Environmental Audit Committee, 96% of UKEF’s energy investment between 2013 and 2017 went to fossil fuel projects, the vast majority of which are in low and middle-income countries.

‘The UK government is acting like someone pouring both water and petrol on a house on fire. It’s time for ministers to decide whether Britain wants to be a global climate leader or the slush fund of the fossil fuel industry.

‘This rank hypocrisy must end before the crucial UN climate summit later this year, and the government should put their money where their mouth is. Britain can’t be in the absurd position of encouraging other countries to make stronger commitments on cutting carbon emissions, while at the same time putting billions of pounds behind developments that will only increase those emissions.’

In addition to the oil and gas projects the UK government is already financing, ministers are also considering whether to provide support for three other major developments.

These include a massive facility being built by French oil giant Total to drill for natural gas in the Mozambique Channel, a petrochemical plant in Malaysia built by two state-owned oil giants and a petrochemical complex in the Gulf of Suez.

Together, these three projects would emit an additional 20 million tonnes of greenhouse gases every year.

Documents obtained by Unearthed under Freedom of Information rules also suggest UKEF is actively considering supporting a huge coal-powered mine in Mongolia.

‘What makes this even worse is that a lot of these fossil fuel projects are in the Global South, where people are being hit hardest by the climate emergency despite having done the least to cause it.

‘Boris Johnson has already announced the end of support for coal plants and mines abroad. Now he should start phasing down export finance to all fossil fuel projects and use this money instead to champion Britain’s clean tech that can help other countries cut emissions and improve people’s lives.’

In minutes from a meeting last year between the CEO of mining giant Rio Tinto and the then trade secretary Liam Fox, the trade department ‘re-state[d] our support for the [Oyu Tolgoi] project’, a copper and gold mine being built in the Gobi desert, which will be wholly powered by a new coal plant built specifically for this purpose.

It added that there was an ‘opportunity’ for UKEF to get involved in the next tranche of financing, worth $1.6 billion.

Click here to read our article about how our banks are funding the coal industry.