Gardening in a Changing Climate 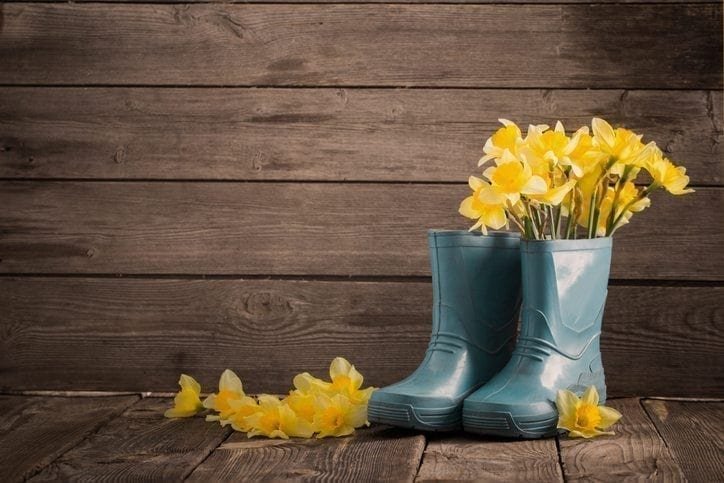 Lush, green British lawns could become a thing of the past; gardeners in the north could enjoy a longer growing season and plant pests and diseases not yet established in some areas of the country could become commonplace.

These are some of the findings of a new report from the Royal Horticultural Society (RHS) and leading academics into the impact of climate change on gardening.

Gardening in a Changing Climate looks at both the current impact of rising global temperatures on plants and gardeners and the future of gardening as temperatures increase.

The report is a collaboration between the RHS and academics from the universities of Sheffield, Reading and Coventry, with input from experts from the Met office.

It’s the first in-depth analysis of the effects of climate change on UK gardening in more than a decade; the RHS last investigated the issue in 2002, when it worked with the UKCIP and the National Trust to produce the Gardening in the Global Greenhouse report.

While the 2002 report concluded that gardeners would be basking in Mediterranean temperatures and able to grow more plants that thrive in bright, dry conditions, model projections suggest warmer but more variable climatic conditions.

What to expect – and grow

The updated report has found that gardeners can expect more extreme weather, characterised by more variable, intense rainfall combined with an increase in dry summers, which will be most pronounced in the south of the UK.

The new outlook means that gardeners looking to cope with the challenge of increased rainfall may have to adopt new practices to ensure the survival of some of our favourite plants.

‘Climate change is likely to be one of the defining challenges of the 21st century and how we respond will determine our future prosperity, health and wellbeing and the sustainability of Earth’s natural environment.

‘But as this report makes clear, our perspective on what a garden should be and what we might like to grow in it will have to change. The good news is that we now have a pretty fair idea, thanks to climate science, of what our future weather and climate might be like. That means that we can start to plan now for the changes that we will need to introduce to our gardens.

‘This report provides some valuable guidance, and demonstrates how climate change need not be a disaster for our gardens, but instead provide us with a wealth of opportunities.’

Traditional plants, such as Tulipa, Allium and Aster may have to be planted in raised beds in order for them to survive increased rainfall. The extra height will lift their roots clear of the water table.

Gardeners experiencing higher temperatures may have turn to heat-loving plants, such as Aloe or Lavandula (lavender). One major causality of the changing climate is likely to be the lush, green lawn, which may be converted to dry meadows as pressure on water supplies increases.

The report includes the findings of a survey of more than 1,000 gardeners about the implications of climate change on the way they garden. It found that only 2% of gardeners feel that they have the knowledge to adapt to a changing climate.

The majority of respondents said they were concerned about the general effects of climate change and whether they will still be able to grow their favourite plants. The introduction of new pests and diseases due to the changing climate was the greatest concern after drought and waterlogging.

As a result of perceived climate change approximately half of respondents have changed gardening practices and 79% of people are paying more attention to the climate.

‘The threat to our gardens and green spaces from climate change is very real and is happening now. It is vitally important that gardeners have the information they will need to confront and adapt to the new challenges and that policy makers prioritise the importance of maintaining green spaces.’

The report authors believe the combination of increasing temperatures and rainfall in the north may be extending the growing season, whereas the extent to which the growing season can extend in the southern regions is limited by an increasingly dry climate.

Based on average temperature and precipitation maps, Northampton appears to be roughly located on the boundary between the warmer and drier south of England and the cooler and wetter north.

Survey findings indicate that gardeners in Northampton are mowing their lawns more often in early spring and late autumn (possibly as a result of an extended growing season) in comparison with those living further south.

The extension of the growing season north of Northampton could mean that northern gardeners will be able to grow a wider variety of plants that would have previously struggled to survive in the region, including Canna (a tender perennial summer bedding plant that produces bold leaves and showy flowers in shades of red, orange, yellows and pinks).

Click here to read the full report, Gardening in a Changing Climate.