Getting wetlands on the map 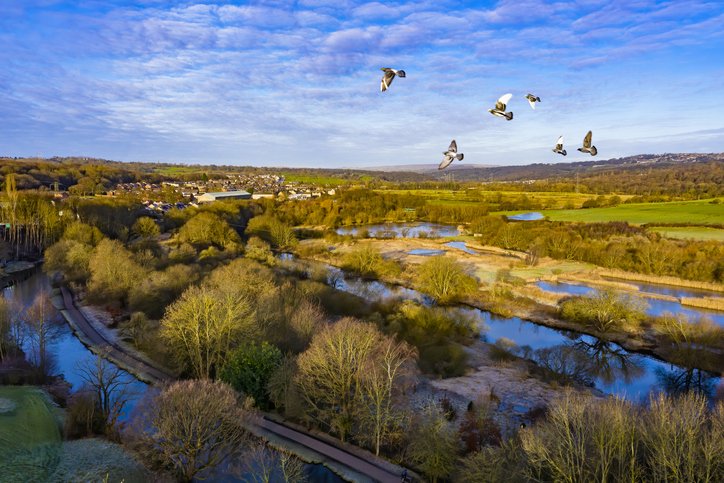 A new white paper from Wetlands International released today (21 June 2022), ahead of the pre-COP15 negotiations in Nairobi, reveals the critical need to restore wetlands – with urgency and at scale.

Currently, the protection and restoration of wetlands is not accounted for in global nature and climate agreements, and the first draft of the post-2020 Global Biodiversity Framework failed to mention ‘wetlands’ in the text.

The white paper by Wetlands International – the only global non-profit organisation dedicated to the restoration of wetlands – presents an urgent case to establish global wetland targets.

Calling on world leaders, it highlights the unrivalled benefits of wetlands and argues for wetlands to move to the top of the CBD COP15 agenda.

Wetlands cover just 6% of the Earth’s surface but are home to a staggering 40% of the world’s plant and animal species.

In fact, every year 200 new species are discovered in freshwater wetlands and these precious habitats store almost a third of global soil carbon.

Nevertheless, wetlands are disappearing three times faster than forests, with 35% of wetland ecosystems lost since 1970.

One of the targets to be discussed at this year’s United Nations Convention on Biological Diversity (CBD) is the ‘30×30’ target to protect 30% of the land and sea by 2030.

However, absorbing wetlands into terrestrial and marine targets fails to account for the specific and unique properties of wetland environments as interfaces between land and water, which must be managed under their own set of targets.

Restoring at least a fifth of degraded freshwater, marine and terrestrial ecosystems will also be discussed, which wetland ecosystems must be inextricably linked to.

Wetlands International is calling for five global, science-based targets by 2030:

‘Wetlands are vital to securing a liveable future for people and nature. Yet these crucial ecosystems continue to be under-valued and overlooked. Wetlands are literally going up in smoke and down the drain.

‘It is astonishing that we have no global wetlands targets to reverse these negative trends. We are in a critical decade for action and COP15 must move wetlands to the top of the agenda. Join us in calling for ambitious targets for the conservation and large scale restoration of the world’s wetlands, before it really is too late.’

Dr Ritesh Kumar, head of Wetlands International South Asia, will attend the CBD negotiations. He has been part of drafting India’s National Biodiversity Targets under the Convention of Biological Diversity, as well as indicators for the Sustainable Development Goals.

Dr Kumar said: ‘Wetlands may only cover a small portion of the planet, but they are a critical ecosystem that we rely heavily on, and yet under tremendous pressure.

‘The Convention on Biological Diversity must not lump wetlands in targets for land and sea, rather affirm specific targets on these ecosystems, thus ensuring affirmative actions for bending the biodiversity curve.’